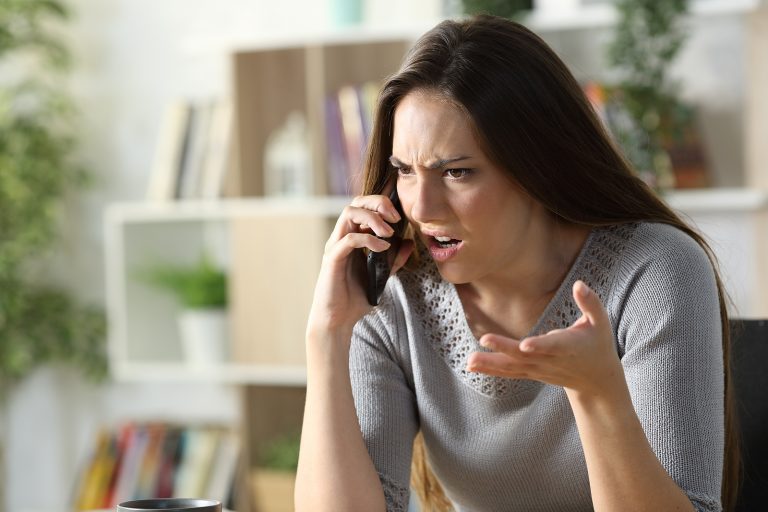 A teenage girl talking back to her mother in an airport about her emotions said, “We have to let our emotions out. I’m being true to myself. I won’t stuff my emotions just because you don’t want to hear them!”

The mother, who had told her daughter that she couldn’t use her phone anymore, was correcting her daughter for talking back and being rude when she was told to give the phone back.

I immediately recognized the daughter’s familiar excuse for emotionally beating up another person that is so accepted nowadays. I wondered why it was still possible that these lies about emotions were still being taught to people after so much research on emotions and the brain has now proven this emotional vomit theory to be false.

We can’t escape using emotions in almost everything we do but we can definitely choose which emotions are best to use in each situation. Emotional reactions are not singular actions, but actually involve multiple steps that, if understood, could transform our interactions and our moods.

In 1995, Daniel Goleman, a researcher and science reporter for The New York Times, published a very comprehensive work on emotions called Emotional Intelligence. In his bestselling book, Goleman explained how brain research has shown that emotions are attached to more than we think they are, and that before emotional action is taken, there is a split-second thought that can change the emotional response that is used.

Goleman further explained that people who are emotionally intelligent are the people who recognize that they have that second to choose and use that second wisely. In fact, some people even take that split second as a cue to choose to slow down their thoughts and even think more or talk things out before taking action.

This is how most of our emotions are produced. A person exhibits an emotion or an action, trying to draw out an emotion or inspire a feeling in us. We experience a feeling, and then we think a thought. Some of the most productive thoughts are descriptions because they help us recognize and challenge impulses to utilize non-productive emotions. A good, productive thought might sound like, “That person is raising his voice and pointing his finger at me. He is showing aggression. Why do people show aggression? Maybe he doesn’t feel understood? What does he want me to know? Am I calm?…”

Following the first description, the person analyzes and challenges the reasons behind the action directed toward them. Toward the end of the challenge, the person analyzes their own readiness to interact by asking, “Am I calm?” This further assessment could be followed by an instruction to themself to act/show the calmness emotion by thinking or saying, “Be calm” to themselves. Then the person shows the emotion of calmness and understanding instead of choosing to show the emotion of anger and power struggle.

Don’t get me wrong. People should not just take emotional abuse or anything like that. But, even if a person is getting aggressive, there really is no need to be angry back. In fact, the emotional response, anger, reduces the ability to clearly problem solve due to increased anxiety. A person could just think about what the person is doing and how it is wrong and then instruct themselves to be calm and walk away. Obviously, there are always rare instances when a person must fight back to defend themselves, but for the sake of this lesson on emotions, I’m assuming that’s not the type of situation that most people deal with every day.

This emotionally-draining lifestyle started to shift when a mentor of mine told me that no matter what he was feeling, he made a conscious choice to be happy. This wise WWII vet, who had been through a lot of hardship said to me, “Why would I choose to be any other way?”

“Whoa!” I thought. “Is it really that easy? Can a person really just choose happiness? Is choosing happiness healthier, or is choosing sadness, depression, anger, etc. healthier?”

I couldn’t deny that it made no logical sense to assert that choosing anger or depression was actually happier, especially because the fruits of this man’s choices were obvious. He really was happy, and he left happiness in his wake as he interacted with hundreds of people each day. He had joy, confidence, wholesome relationships, great faith, and contentment. He was at peace no matter what problems came his way. I wanted to be like him. Happiness had to be my choice, too, if I wanted my life to produce the same kinds of empowering fruits that he had.

The moment I started choosing happiness every time I recognized a feeling was the moment all my relationships improved, and I felt more understood. Life instantly had less drama and more bonding.

How To Change Your Mind

The very best way to change your thoughts and ultimately your emotions in the minute is to change the way you plan for interactions with people. Many people don’t plan for successful communications and therefore are left unprepared when emotions come into conversations. Unprepared communicators often end up trapped in emotional power struggles.

Teach yourself and your love ones the process of choosing emotions and then plan for success by role playing different situations before they happen and thinking through the thoughts you want to have when/if a real interaction like that comes along.

After planning the thoughts, words, and actions in this proactive way, remember to tell yourself that mistakes can happen. When a mistake occurs and non-productive, non-connective emotions are used, a person can acknowledge that they were not productive, drop the emotional subject or talk to someone about the situation calmly, and then re-do the situation again using more productive emotions.

Non-productive emotions are part of us, and they aren’t all bad. They have purposes, but oftentimes are harmful to relationships and need to be used very sparingly. People who recognize that they have the power to choose their thoughts and emotions and have the freedom to re-do mistakes are self-governing themselves. And, one amazing result of practicing self-government in this way is developing great emotional intelligence, which is one of the most powerful and influential intelligences that a person can develop, according to Goleman.

The Value & Mastery of Emotions class by Nicholeen Peck can give greater insight into how to increase your emotional intelligence and self-mastery.

As a very emotional person myself, I really appreciate the points you made that we have a choice to stop our emotions from getting out of control and, instead, try to remain calm. In fact, when I have been able to remain calm in heated situations, it is a sign to me that I have the Spirit with me. I love these words from the great Prophet, Isaiah, "Thou wilt keep him in perfect peace, whose mind is stayed on thee: because he trusteth thee." (IS 26:3) If I focus on my Savior, He will help me to be calm. However, I am very disappointed that when you spoke of CHOOSING various emotions, you casually threw depression into the mix. Certainly, learning to guide our thoughts and emotions will help in the battle with depression. However, the leaders of the church have been working diligently to teach us that depression is often a clinical illness, just like diabetes or other diseases. People do not CHOOSE to have chemical imbalances in their systems. They also did not CHOOSE the complicated and difficult experiences they have had as children that may contribute to depression. It would be simplistic and unrealistic to believe that we can just dismiss clinical depression. It is far more complicated than that, and deserves the proper treatment, care, and compassion that we give to other diseases of the body.