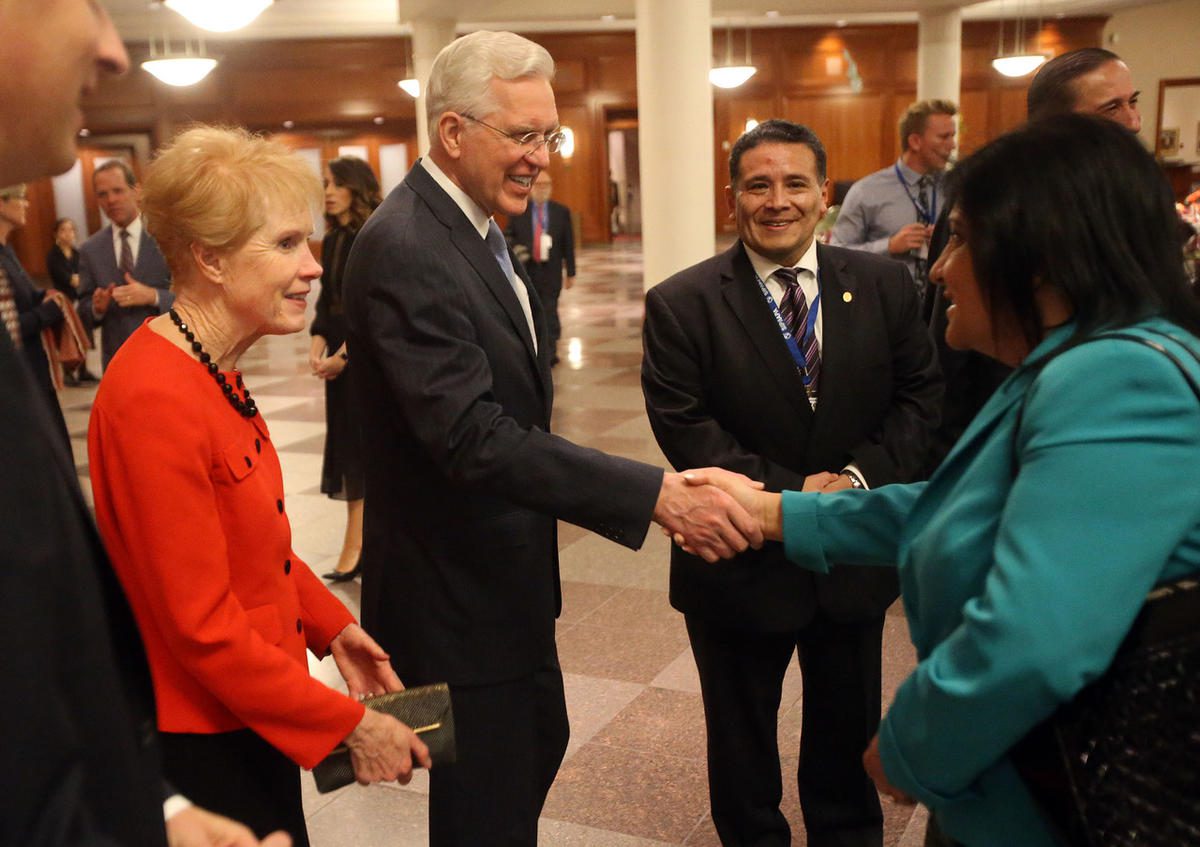 Journalists play a crucial role in society as ambassadors of freedom and human rights, Elder D. Todd Christofferson of the LDS Church’s Quorum of the Twelve Apostles said on Saturday night.

Speaking in Spanish in the Little Theater of the Conference Center in downtown Salt Lake City, Elder Christofferson told the Inter American Press Association’s 73rd general assembly that leaders of The Church of Jesus Christ of Latter-day Saints applaud journalists throughout the Western Hemisphere for defending and promoting freedom of the press and expression.

In fact, he said, the press is at its best when it uses its freedom to promote other freedoms.

“We honor your efforts to give voice to the voiceless, to shine light on the difficulties of our world and to bestow dignity on the human experience,” he said. “May God bless you and protect you as you go forward as ambassadors of freedom and human rights.”

The IAPA represents publications in 24 North and South American and Caribbean nations. Members include the Washington Post, the Wall Street Journal and major Latin American outlets like Grupo Clarin, La Nacion and O Globo. The four-day assembly, hosted by the Deseret Digital Media, also an IAPA member, runs through Monday and includes some of the biggest names in Latin American journalism.