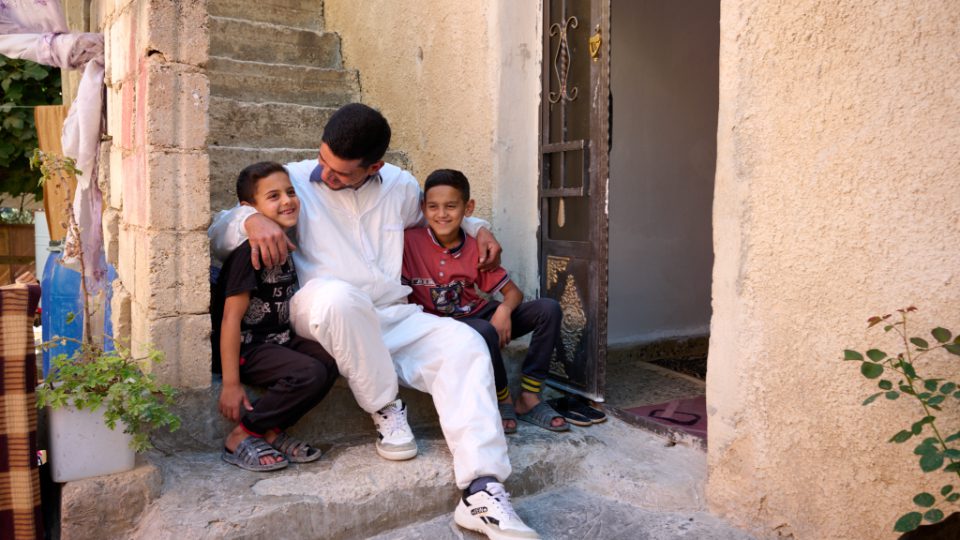 In a country rich in biblical history, Elder David A. Bednar of the Quorum of the Twelve Apostles of The Church of Jesus Christ of Latter-day Saints is meeting with Latter-day Saints and friends of the faith in Amman, Jordan, the first stop of his weeklong ministry to the Middle East and North Africa. This is Elder Bednar’s first visit to Jordan.

“We have traveled halfway around the world to be with you today,” said Elder Bednar as he provided guidance and encouragement to around 100 members and friends at a devotional held at the Amman Branch on Friday morning, October 22, 2021. It’s a diverse, multicultural branch that includes Jordanians and members from several other Middle Eastern countries, along with families of employees who work at various government embassies in Jordan.

He continued, “It describes episodes in the lives of people thousands of years ago, but the writers of the record and especially the compilers of the record were inspired by the Lord to include the things that we would need for the world in which we live today.”

This emphasis resonated with Nash’at Haddad, the elders quorum president in the branch who said, “The main thing that touched my heart is the Book of Mormon is not a history book, it is a future book.” He continued, “It supports my belief in it. It’s important then when I look for answers to my questions, I can find it in the Book of Mormon.”

Elder Bednar taught from the Book of Mormon by asking a rhetorical question, “How many times have you heard the scriptural verse ‘the whole world will be in commotion’? We’re there,” he said. “The counterpart to that unhappy news is what Nephi saw about our day.” He quoted 1 Nephi 14:14 from the Book of Mormon, “The power of the Lamb of God … descended upon the saints of the church … and upon the covenant people of the Lord, who were scattered upon the faith of the earth; and they were armed with righteousness and with the power of God in great glory.” Elder Bednar emphatically then said, “This verse is applicable to us in Amman, Jordan. This little, small gathering of people in Jordan, he’s talking about us.”