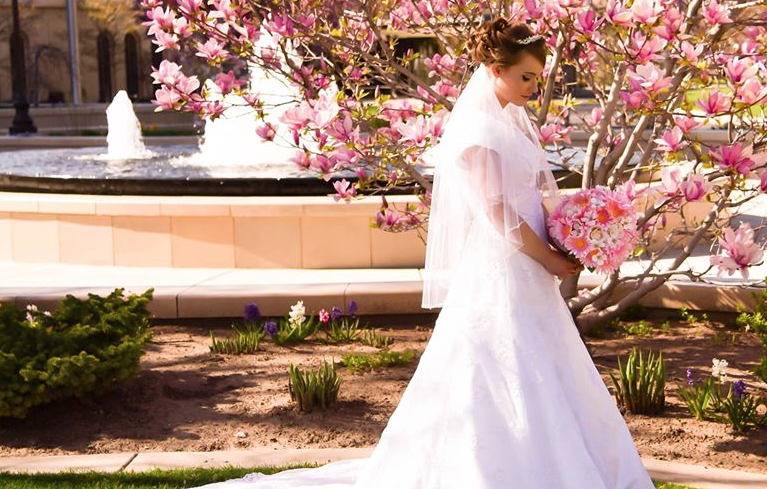 Editor’s Note: If you or someone you love is struggling with an eating disorder and in need of treatment, click here to find out more and to get help.

It’s a familiar feeling. That bloated moment after a large, delicious meal when you turn to your friends or family and say, “I’m so full, I’ll never eat again.” Inevitably though, you do eat again, usually within a few short hours of making such an outlandish statement. But for some, that notion that they’ve had too much and they should just stop eating becomes an ongoing fixation, a long-term goal that can take them to the literal edge of death.

Kara Tsosie was overweight in elementary school. Many of us go through an awkward, adolescent stage, but the other kids in school with her would not let her forget it. They teased and picked on her and, of course, to cope she only ate more. Binging made her feel better. Binging numbed the pain. She didn’t know it yet, but she was already struggling with disordered eating. It wasn’t the kind of disorder that gets you noticed or makes it into Afterschool Specials, but it was real. And it is common. Around 3% of the American population struggle with some type of binge-eating disorder. That’s 9 million Americans.

She decided to lean in to the weight rather than fight it. It wasn’t until a lesson on eating disorders in 9th grade health class that she even thought about the possibility that that was her problem. Kara says she watched the little health class video and said to herself, “I’m too fat, I could never have an eating disorder. You have to be 80 lbs and dying and have your hair falling out. That’s not me.”

It was in the same class, however, that they went over Body Mass Index tables and though she found that she already had a normal rather than overweight BMI, she locked in on those numbers and became obsessed with achieving a much lower one.

“That’s when I started my first diet,” says Kara, adding that, “when other people go on diets or food fasts…they give up after a week and they laugh about it,” but people who are prone to eating disorders start and can’t stop. Kara couldn’t stop. That susceptibility to disordered eating comes from a complex combination of biological and psychological factors. Suffice it to say, ‘genetics loads the gun, environment pulls the trigger.’

Kara began to lose the weight and inevitably, the compliments began to pour in. It felt good to get that kind of positive feedback and at first, she was still in the healthy range. But she was fixated on those BMI numbers and the high of getting praised and she wanted to just keep getting lower.

Outside of the numbers that taunted her, were the magazine covers and the ads that showed slender, flawless women. She saw them and believed they were what success and happiness looked like. “I honestly thought that guys would only like or marry skinny girls; girls with a certain pants size or less,” says Kara. And so she kept pushing, kept dieting, kept shrinking. Your brain needs food to function and the more she starved it, the cloudier her thoughts were. She became quick to anger, even getting into yelling fights with people.

Soon all those compliments turned to concern.

But their concern fell on deaf ears. Kara had developed what’s called Body Dysmorphic Disorder. It is a condition in which a person’s preoccupation with a part of their appearance becomes obsessive, sometimes to the point of delusion about what they actually look like. Family and friends told her that she looked like was starving, but she looked in the mirror and would’ve believed if someone told her she weighed 300 lbs.

“You body check; pinch your sides, your legs…and it actually felt like there were rolls and rolls of fat on you,” says Kara. Everyone who told her differently must’ve been lying, at least that’s what she believed.

Finally, her mother took her to the ER and soon after to a treatment center where she would stay for six months. She was diagnosed with Anorexia Nervosa. She was so malnourished and dealing with such serious heart complications that at one point, she was given only two weeks to live.

She said she was excited to hear the diagnosis. She was so far gone, that disappearing, dying felt like a success. To hear the recovered and healthy girl she is today, you’d never believe she ever felt that way. She laughs easily and talks happily and only now looks back, astonished at how truly scary the situation got.

Even after leaving that first treatment center, she was not completely out of danger. Eating disorders are like addictions in that those that suffer have to set strict boundaries for themselves and are susceptible to relapse. In some ways, eating disorders are more complicated than giving up smoking or alcohol because you can’t just leave the temptation behind permanently; you will have to face food several times a day, every day of your life.

Through a combination of traditional therapy, applied neuroscience and experiential approaches especially catered to her needs, Kara began to finally make peace with her body. She turned a corner towards real recovery and her body became healthy enough that she even got her menstrual cycle back, something she hadn’t had since early high school. She had deeply feared that her disorder had permanently taken away her chance to have children.

Now Kara is married and expecting a daughter this coming September. She says that looking in the mirror and watching her belly grow is now a source of joy and excitement and gratitude.

She is proof that real recovery is possible and that happiness and wholeness in the future are not unrealistic goals for those who are suffering with disorders of this kind.

She is also a reminder though, that disordered eating is not some foreign concept, not a condition that only happens to people you don’t know that are far away. In reality, 30 million Americans (both men and women) will suffer from a clinically significant eating disorder at some time in their life. That’s 1 in 10 Americans. That means that odds are, you already know someone that is struggling.

I didn’t understand it when Kara said that Anorexia was normalized, even glamorized in our society. But then she reminded me of the magazine covers that I see nearly every time I go to store: “How to Lose Seven Pounds in a Week” or “Lose Inches Off your Waist in Time for Summer” or “The Miracle Pill that will have you Losing Thirty Pounds in Thirty Days”. I realized she is right.

Many TV shows have their token “eating disorder episode” where one of the characters briefly attempts a crash diet. It’s a warning and a small attempt at awareness, but by the end of the episode, the problem is generally solved. After skipping two or three meals, the character faints in a very public place and all their friends know to jump in and reassure them that they’re beautiful just as they are. The reality is, most people who develop eating disorders will keep it successfully hidden for much longer than two or three meals and their friends may not know when or how to help.

“Secrets keep you sick,” says Kara, who knows firsthand that life with an eating disorder inevitably becomes a life of secrecy. That is why she is now so willing to share her story. Inherent in the statement is the hope that anyone who is struggling will find someone to trust and someone with whom to share their struggles.

And to those with whom they share, particularly if you are their parent or responsible for them in some way, know that, as Kara put it, “it’s nobody’s fault,” and certainly not your fault that this happened. Her mother once asked her what she could have done differently to keep this from happening and the answer really was; nothing.

That said, if you find yourself with a loved one who is struggling, be aware of them and be available to them. Get them treatment if they need it and are willing to receive it. Always approach them with compassion and understanding, but don’t be afraid to push. Families should be empowered to fight for wellness because, with effective treatment, recovery truly is possible.

Too often people believe this is something that they can just deal with on their own, but Kara said again and again how absolutely essential it was to have the intervention of somebody else. “Eating disorders are a silent killer,” she said. She remembers being told that an eating disorder has three options: 1) you live in misery, 2) you die, or 3) you fight for recovery and you thrive.

Now, Kara is thriving. She said she has to live with certain boundaries for the rest of her life to stay healthy, but she has an incredible support system. She says, “Recovery is possible. I know because I am living it and loving every minute of it.”

If you or someone you love is struggling with an eating disorder and in need of treatment, click here to find out more and to get help.

Thanks Mariah. Good insights. Those of us who see people affected sometimes lack skills to know what to do.