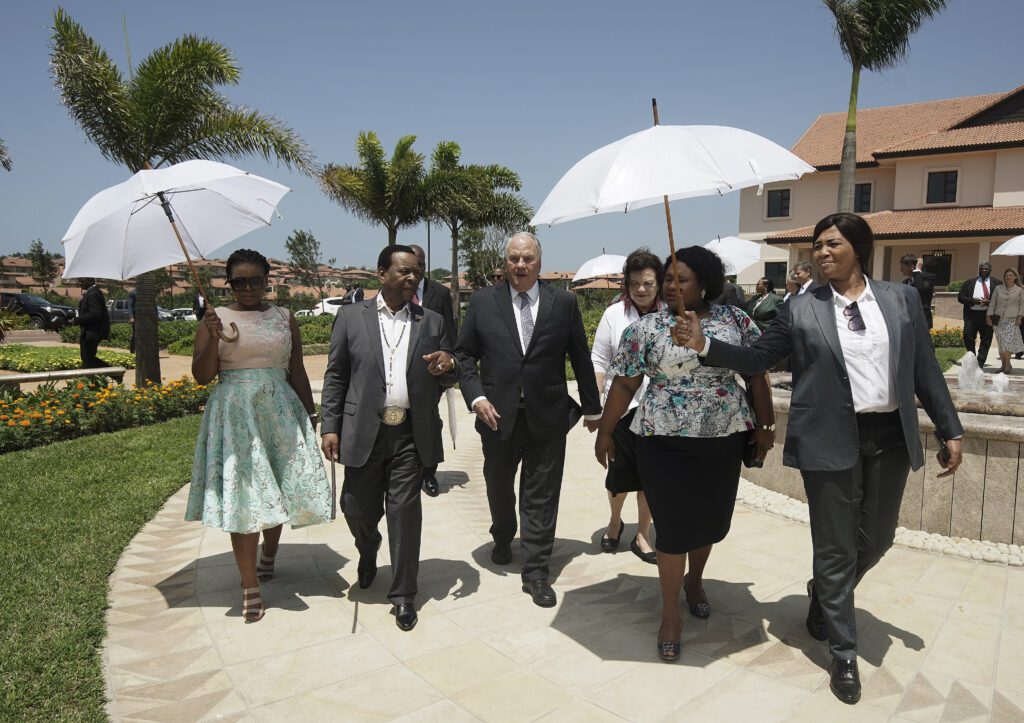 One day before he was to dedicate the Durban South Africa Temple, Elder Ronald A. Rasband conducted the temple’s final public tour, leading the contingent of the Zulu nation’s royal family headed by His Majesty, King Goodwill Zwelithini; Her Majesty, Queen Mchiza; Prince Mangosuthu Buthelezi, the king’s uncle; and other members of the royal family.

The member of the Quorum of the Twelve Apostles — along with his wife, Sister Melanie Rasband, and other Church leaders and their wives — had spent several hours with the royal family the previous night in an elaborate reception and dinner in Umhlanga, about 17 kilometers north of Durban and the area where the new temple is located. And now, Saturday morning, Feb. 15, the Rasbands and others greeted the Zulu royals delivered in an expansive security-led motorcade that pulled up outside the temple for the one last tour.

Latter-day Saints of the Zulu nation who were helping at the temple Saturday greeted their tribal leaders with reverent bows and soft chants of praise as the royal family members arrived and soon made their way to the temple. Joined by Elder S. Mark Palmer, a General Authority Seventy and president of the Africa Southeast Area, Elder Rasband directed the group through the temple similar to the tours given to other guests during the recent/previous open house, explaining the purpose and blessings of temple ordinances and covenants.