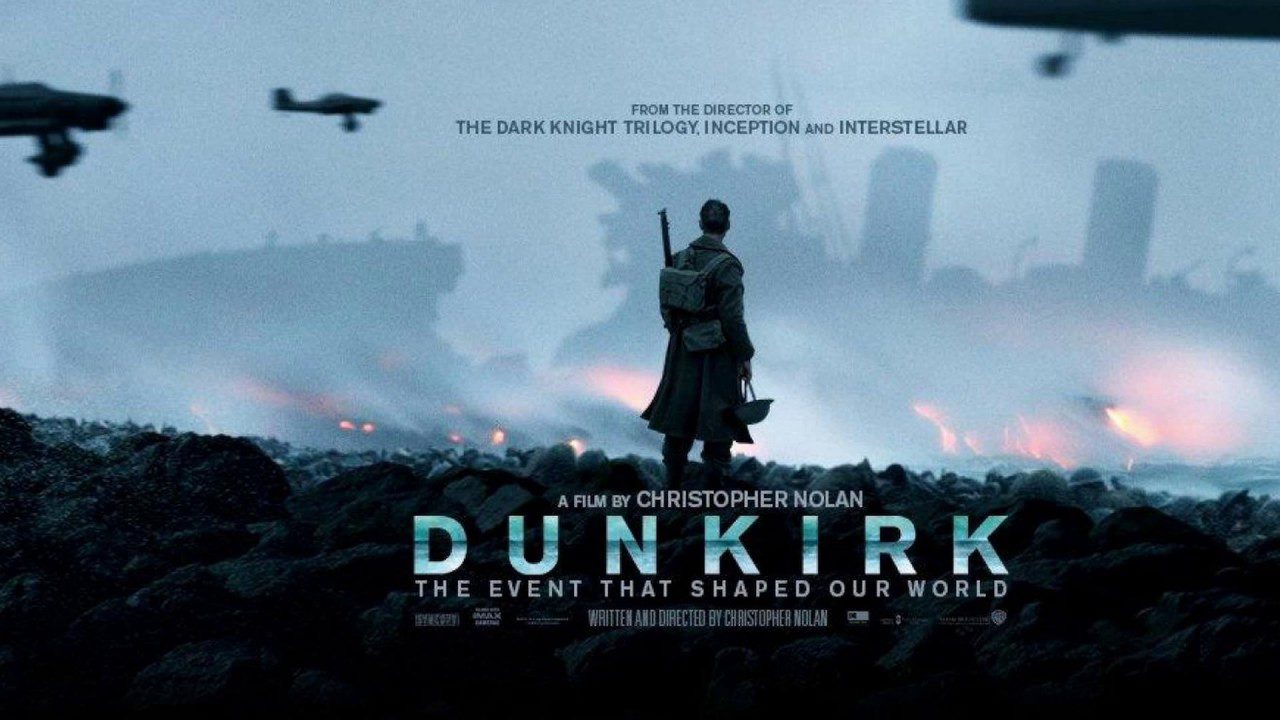 Note: I review for artistry, content, and worthwhile messages. The letter grades is a reflection of entertainment value and not necessarily a moral endorsement of any given film. I break down content as best as I can and without judgment so readers can make their own decisions about seeing a film. I share Gospel parallels for those who use cinema to kick-start discussion.

Abandoned on a beach, surrounded by the enemy, British soldiers fight to survive and hope for rescue in this depiction of a World War II day of tragedy and heroism. (Pre-order it here).

In many ways a staggering and riveting artistic achievement, Dunkirk suffers a bit from structural, narrative, and audio design flaws. First of all, the heroic rescue of British soldiers by their own countrymen is a marvelously inspiring piece of history far too-often overlooked in the U.S. Director Christopher Nolan (The Dark Knight, Inception) does the heroic deed justice while crafting an effectively overwhelming glimpse into the psychological terror of war. Favoring practical, in-camera effects (as he usually does) and on-location filming works in the director’s favor as the events unfold with harrowing realism.

Nolan has a tendency to jump around in his timeline. His nonlinear storytelling has worked marvelously (see Batman Begins), but here it sometimes results in disorienting confusion. I saw this film in IMAX; as was the case with Nolan’s The Dark Knight Rises, the audio mix results in important dialogue being drowned out by music and sound effects. This is not helped by heavy British accents, which would have been fine on their own but along with the rest of the factors I and my family members could not follow about a third of the dialogue. What’s more, by choosing only to feature the events of a couple of days and opting for nearly-relentless action, my personal investment with the characters was lessened.

This is not to say it’s a bad film. Quite the opposite. The performances are all impeccable, most notably Mark Rylance, Tom Hardy, Cillian Murphy, Kenneth Branagh, and Fionn Whitehead. Although their characters are underdeveloped, they bring real emotion and humanity to their parts. The aerial dogfights, as well as the attacks on land and sea, are stunningly, even ingeniously staged. More than any film in recent memory Dunkirk lends a “you are there” authenticity the drives home its messages with incredible power.

Dunkirk is rated PG-13. For a modern war film there is surprisingly little blood or gore (there is some, but not much), but the tension is at times nearly unbearable as soldiers are shot at, bombed, drowned, burned, and attacked. There is no sexuality or nudity. A soldier unzips his pants and squats down to defecate (we don’t see anything) but is interrupted before he starts. There are two f-words in a tense moment as well as a handful of other profanities.

The British civilians who risk death to rescue the soldiers protecting them may provide a springboard to talk about the 2,000 stripling warriors who, although inexperienced in the ways of war, marched into the battle to defend their protectors from being massacred by their enemies (see Alma 56:39-54). In battle and in competition cheer those who have integrity, whether they win or not.

For another nail-biting WWII thriller, check out the Hitler-assassination-plot film Valkyrie which you can rent or buy here.

For my recommendations of films for all ages check out my book 250 Great Movies for Latter-day Families, now available in paperback and Kindle. Visit www.yourfamilyexpert.com for more of my reviews as well as my relationship tips as a licensed marriage and family therapist. For your entertainment, have a look at my YouTube channel for my acting work including my time with BYU’s Divine Comedy. If you’re going to BYU Education Week come say hello at my class “Stepfamilies and Adopted Families in the Gospel.”

There were many aspects to Dunkirk, and choosing to tell the story from the point of view of an RAF pilot (story covered one hour) a soldier on the beach (covered one day) and one of the little boats coming to the rescues (covered two days) seem like a reasonable choice to me. And fitting those disparate time lines into one narrative requires the kind of cutting back and forth that took place. I don't think we were supposed to see any of the characters as well-rounded. The music was unnecessarily loud at some points. While it was an original score, it was based on Nimrod by Elgar, a well-known and loved piece in the UK. I have never been able to hear it played on Remembrance Day without getting a tear in my eye. And finally, the English accents were perfectly fine. They were very middle-of-the-road, and not strong accents as implied in the review. What should Nolan have done? Substituted American accents, or given everybody a fake accent?

The British troops were NOT abandoned on the beach: they were trapped there by the enemy!!! Their rescue by small boats crossing the dangerous channel was miraculous!