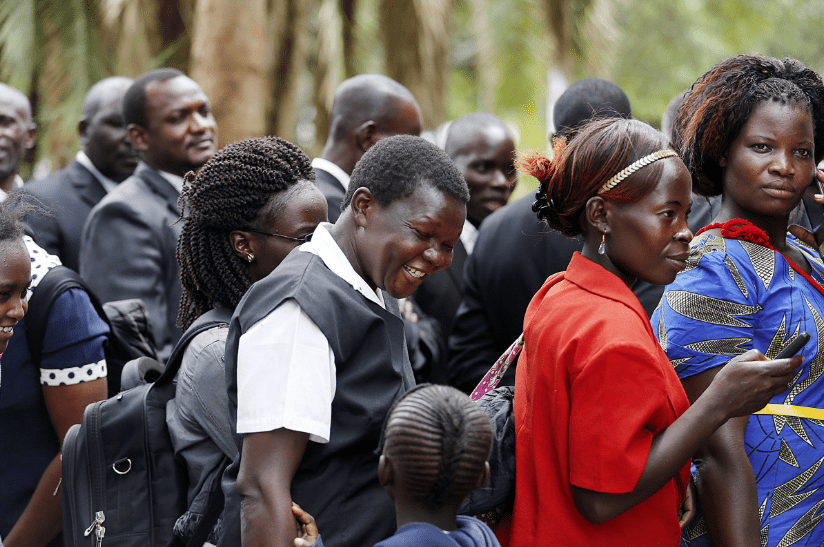 NAIROBI, Kenya — To listen Monday to an LDS Church president’s voice in person for the first time, East African Mormons traveled hundreds of miles in dust-covered buses, bouncing and swaying over dirt roads, broken streets and omnipresent speedbumps that keep speeds under 50 mph.

They received a message tailored for eastern Africa, where many tribes continue to insist that grooms or their families provide a dowry or pay a price for a bride.

“That’s not the Lord’s way,” President Russell M. Nelson told about 2,000 Kenyans and other Africans Monday night inside a large, oval, wooden event center styled after traditional huts in Nairobi, Kenya. “The Lord’s way is to be married in the temple, for time and all eternity, with your children sealed to you.”

He added that if he’d had to pay for his wife, “I would have missed five children, because only with my last five was I out of debt.”

The law of the tithe was followed by ancient peoples as taught by Old Testament prophets. LDS faithful believe God restored the law and its blessings for those who follow it by giving one-tenth of their income to the church.