Do You Feel Under Attack? | Meridian Magazine 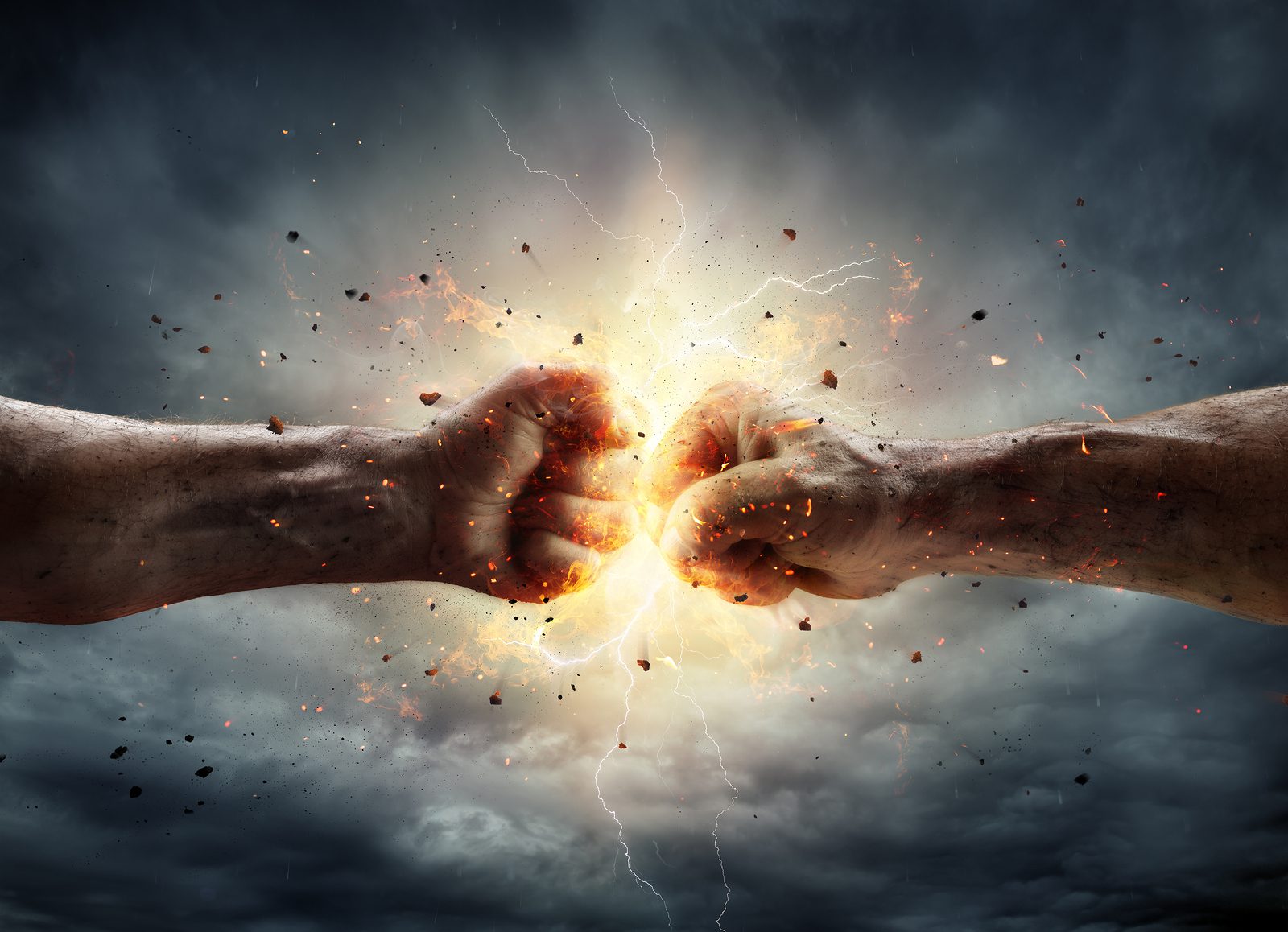 Do You Feel Under Attack?

This is an exceptionally angry world, and getting more so. I’ve never seen such violence and vitriol in the media and in our streets. Prophets have told us the world would polarize, but I wonder if any of us envisioned it happening so soon and so blatantly.

Obviously, the most extreme examples are the terrorist bombings, the hideous racial attacks we saw in Charlottesville, then the venomous political discourse we hear as divisions sharpen between our two main parties. Lies, accusations, and genuine hatred are all given face time on the news and in social media.

It also extends to religious views. In years past people avoided castigating those of other faiths simply out of courtesy and civility. It was considered poor manners to attack someone’s faith. (Early church mobbers obviously missed the memo.) But today, no such etiquette comes to mind and otherwise neighborly folks hurl invectives without a blink. Those of us who are active in our faith notice a rising swell of anti-Mormon rhetoric.

And it bristles. It’s hard not to be irritated by the slurs and daggers we trudge through. We take it personally when someone calls us names or impugns our character. It’s tempting to counter-attack. Or, at the very least, to “unfriend” such people, literally.

In the hallway at church, I overheard a man say, “I like people who like me, and I dislike the ones who dislike me.”

There was something about this stance that appealed to me. It described our natural reactions as we go through this world, enjoying those who agree with us and discounting those who find us lacking. It was also perfectly balanced and sounded absolutely fair.

But it also sounded very “eye for an eye.” And isn’t that the lower law? Didn’t Jesus tell us to love our enemies? He didn’t teach balance, but imbalance. In fact, when it comes to His atonement and the final judgment, we’d better hope for imbalance, right? Or none of us would make it! In fact, we are counting on God not to look at the scales at all, but to extend mercy beyond our wildest hopes.

But can we do this with our enemies? We’re only human—how can we resist that tug to dislike our detractors, to loathe “those political nut jobs” who have other opinions? Or to tell off those anti-Mormon bigots and set them straight?

I love the 26th chapter of Alma—this is where Ammon glorifies the Lord, even saying, “Who can glory too much in the Lord?” when Aaron accuses him of boasting. “I cannot say the smallest part which I feel,” Ammon tells his brother. Many people see this chapter as the one which identifies “good bragging” about the Lord’s power and influence, certainly things to praise.

But there’s something else here. Rather than pride, there is incredible humility on Ammon’s part. “Who could have supposed that our God would be so merciful as to have snatched us from our awful, sinful, and polluted state?” he asks. Then he reminds Aaron that they had gone forth “even in wrath, with mighty threatenings to destroy the church.” (Alma 26:17-18) This is what Alma the Younger and the Sons of Mosiah had been doing—deliberately trying to extinguish people’s faith and testimonies. And doesn’t that sound like a number of people right now working diligently to destroy the church?

Ammon says, “Oh then, why did he not consign us to an awful destruction, yea, why did he not let the sword of his justice fall upon us, and doom us to eternal despair?” (Alma 26:19) Ammon understood the law of Moses and its demands for equality and justice. Human beings would have responded swiftly and punitively.

Yet God did not choose balance. He did not decide that every action deserves an equal and opposite reaction when it comes to how he treats us. Ammon tells what God did instead. “Oh, my soul, almost as it were, fleeth at the thought. Behold, he did not exercise his justice upon us, but in his great mercy hath brought us over that everlasting gulf of death and misery, even to the salvation of our souls.”

Whaaat? He could have crushed them like the enemies of the church they had become, insidious followers of the adversary doing Satan’s bidding and leading souls away. But instead, in His infinite wisdom, He saved them. He knew their potential, he loved them, he guided them back and made of them some of the greatest leaders and heroes of all time.

And now, the double-whammy. Not only does this great Book of Mormon chapter show us God extending undeserved mercy, but the possibility that we can actually do the same! We read that Ammon and his brethren didn’t just repent and start living better lives, but chose to then go among their enemies and do exactly what God had done to them—love them and work with them to bring them back. Wow—you mean mortals can do this? We can do this?

In chapter 23 they are “laughed to scorn” by other Nephites who want to march in and slaughter the Lamanites. But they are determined to treat these enemies as their brothers, to sincerely serve and love them. And it wasn’t easy. They were “depressed” and “about to turn back” when “the Lord comforted us and said: Go amongst thy brethren, the Lamanites, and bear with patience thine afflictions, and I will give you success.” (Alma 26:27)

And what happened? Yes, these brave young men were stoned, beaten, imprisoned, “and all this that perhaps we might be the means of saving some soul” (Alma 26:30). But ultimately, they converted many who repented, laid down their weapons, and replaced hatred with love. So complete was this turnaround that Ammon writes, “… has there been so great love in all the land? Behold, I say unto you, Nay, there has not, even among the Nephites.” (Alma 26:33) An entire society converted to the Lord’s plan.

Ours is a God of incredible miracles. And while we cannot give our enemies experiences like Alma and the Sons of Mosiah had, we can take a lesson from this story, that the right reaction to those who wish to destroy us, our political stance, or our faith, is not hatred and fury. We cannot mirror their behavior and hope to call it good.

This chapter teaches us a powerful lesson for today’s climate of rage. We must look beyond the words and actions of the angry mobs. We must resist the natural inclination to be right, get even, or set the record straight. Yes, we can calmly state truths and correct misunderstandings, but the minute it escalates into wrath and nastiness, we’ve lost the lesson. We’ve stopped following Christ’s example. Our leaders have urged us not to post inflammatory comments online, or to get swept up into feuds and fights.

Think of the times you were the other guy, the angry one with strong views and an impassioned desire to correct others. Who was most likely to penetrate your fierce wall of accusations—someone who gave it to you right back, or someone who extended love and understanding?

It will happen when we demonstrate genuine love and concern for them. When we listen, when we strive to find common ground, we have our best chance of calming the stormy seas. Will every angry, foaming enemy relax and come around? Of course not. But one might. And those whose hatred is boiling over might be able to turn it down to a low simmer. Either way, it’s a win if we keep a cool head, reach out in love, and try to remember how God handled Alma and the Sons of Mosiah, and then how they handled the Lamanites. Balance was never the goal.

I agree with Brother Edwards. I joined the church in 1968 in Texas and have never been attacked because of my religion. Maybe it helped to be a Marine and lawyer. But I believe it is because I am not a Mormon. I am a Member of The Church of Jesus Christ of Latter-day Saints. Maybe folks do attack Mormons and the Mormon Church. But I have never experienced anyone attacking The Church of Jesus Christ. Mormonism may be wierd like so many other "isms" but the Gospel of Jesus Christ is truth and truth can stand steadfast and immovable. The scriptures repeatedly tell us what Christ wants His church to be called. However, there are too many of us who prefer to be called Mormons and say that we belong to The Mormon Church. So, if you do not want to be insulted by anti-mormons perhaps you should try The Church of Jesus Christ of Latter-day Saints. Not many souls dare disparage The Church of Jesus Christ. Not hard to figure out why. And, please don't come back with your cultural nonsense about using the terms mormon and the mormon church. You will never convert me to that nonsense. So, guess I qualify as anti-mormon. However, I love the Prophet Mormon and he would be the first to set you straight as to whose church this really is.

Can we as a church please stop whining about how we are under attack ? I am so tired of this. i was baptized in 1970 and I have yet to have anyone attack me because of my faith. This really didn't even happen while serving as a full time missionary in Texas. Which as missionaries we referred to as the "buckle" of the bible belt. So to everyone who is claiming that they are being attacked because they are Mormons needs to take a step back and put themselves in the shoes of this supposed attacker and then remember that to non Mormons we have some really strange ideas. Such as God speaking to a teenage boy, additional scripture, the belief that we can become God's ourselves and the like. So quit whining all of you.