Divination, Enchanters, and Wizards: How religion is different from magic and why it matters  | Meridian Magazine 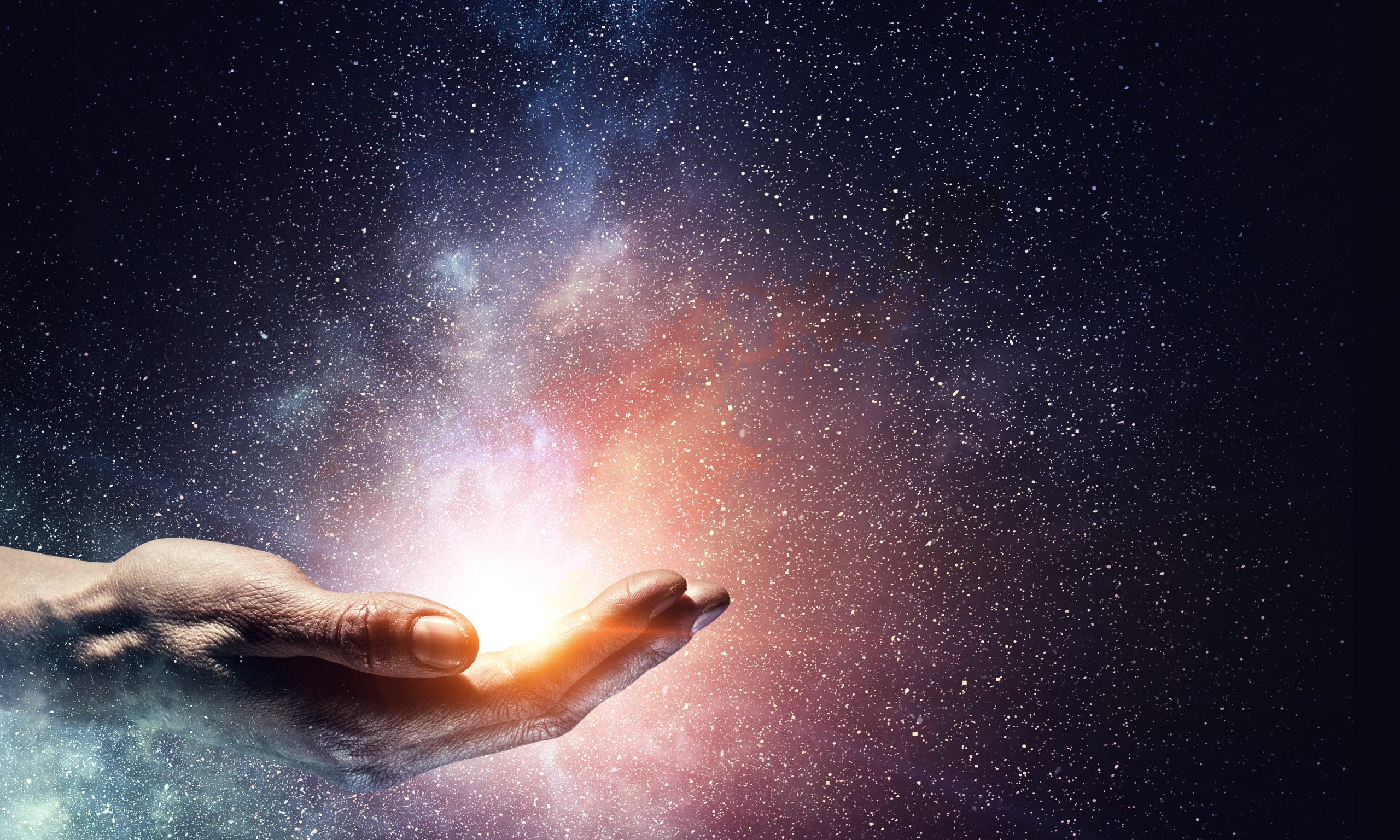 In Deuteronomy Chapter 18, the Lord commands his chosen people to avoid what he calls “abominations” among the people already living in the promised land. The first abomination is ritual child sacrifice by fire, which we can all agree is just about the worst thing imaginable, and not discuss it any further. But the rest of the abominations listed are all, basically, forms of magic. Divination, fortune-telling, witchcraft, enchantment, charms, consulting with spirits (possibly for pay or advantage), wizardry, and necromancy.

All of these are things we consider relatively harmless these days, and are certainly way below child murder! We watch magic acts at children’s parties for entertainment; so the comparison seems old-fashioned and misplaced.

Even to the degree more serious approaches to witchcraft and so on are wrong or inappropriate, it seems odd to call them “abominations” to a spiritual, religious culture. Why are divination and fortune-telling abominations to a culture that has prophets who can perceive the future? Why is consulting with spirits an abomination to a culture that believes in the afterlife and the sealing of families for eternity? Why are witches and wizards abominations when miracles abound—manna falls from the heavens and a brass serpent heals poisonous wounds with a look?

I can’t know the complete answer, but years ago I encountered an idea that points toward a helpful way of looking at the question. Sociologists have worked to define “magic”, especially as compared to religion. There are many ways to draw the distinction, but this one seems most compelling to me: “magic” is a system of rules connected to supernatural beings and powers, while “religion” is the organized worship of a supernatural being who has agency and insight.

An example will help sort this out. Magic would be something like “If you bury a black cat’s fur under a full moon and say the correct words, then the next person you see will fall in love with you.” It is magic not just because of the black cat, but because so long as you perform the correct ceremony, you get the desired results. You might need to have “the gift” or get initiated or something before a spell will work for you, but once you meet the qualifications, it’s all about the accuracy of your performance of the spell.

If you bury the wrong kind of cat fur, the love spell fails, even if you were sincere and doing your best. On the other hand, the spell always works as long as you get the steps right, even if the wrong person shows up to see you after the spell is cast. That person will still fall in love with you, because the magic of the spell depends on the orders and steps of the spell, not on any wishes or intentions of yours or of anyone else. The spell is cast, and the spell has no agency of its own to alter the consequences.

Magic doesn’t care about your intentions or moral character; all it cares about is the ritual.

Religion has many of the same outward appearances as magic—ceremonies, authority, exercise of supernatural power—but at its heart is quite different. Religion is more like, “If you please the divine being, and you ask for something from them, they might well decide to grant it to you.” An object of religious devotion is person-like in the sense of having freedom to choose whether or not to grant supplicants’ requests, and he or she may have their own opinions about what is best for each person or for the congregation/society as a whole. The religious believer is not doing the ritual to make something happen, but to convince the god or goddess that he is worthy of her favor and miracles. The rituals are important, but it is the viewpoint and decisions of the divine being that are primary.

A religious god cares about the inner life and intentions of human beings. A god can grant a miracle to an imperfect person trying her best, even if her best isn’t really very good. Unlike a spell or magic charm, a god can forgive efforts that have gone wrong. Unlike the blind powers of witchcraft and wizardry, a god can decline to grant a blessing that isn’t in the long-term benefit of the person asking for it, even if the person has done all the rituals properly. Not all religions have equally compassionate and loving gods, but they all have gods who make decisions based on their own concerns. In religion, the rituals and observances may be necessary for blessings and miracles and salvation, but they are never sufficient.

As you can imagine, magic and religion can sometimes blend together in strange ways in cultures or individuals. Because of the similarities between magic and religion, very often people in a religion will lean toward magical thinking. We can see this in the history of Christianity, which is a religion in the fullest sense, with an involved and caring and independent God who cares about our inner devotion more than our strict adherence to ritual. “For I desired mercy, and not sacrifice; and the knowledge of God more than burnt offerings,” proclaims the Christian God. And yet we see a lot of magical thinking in certain parts of Christianity. When people worship relics of the saints, recite prayers as a talisman against evil rather than a conversation with God, or claim they can be healed by a splinter of the cross, they are crossing into magic. They are claiming that rituals and objects have power in and of themselves, completely independent of whether the person performing them has faith or devotion.

Which leads us back to Deuteronomy.

To the ancient Israelites, the issue wasn’t just about whether fortune-telling and crystal balls are harmless fun or not. Magic, as we’ve seen, was not just an entertainment, but a complete way of thinking about and interacting with the world. A “magical” society doesn’t care about morality, kindness, or compassion, but only cares about outward behavior.

Thinking of it this way, it is a little clearer why the divination and enchanters of the promised land were linked to child murder as being abominable. It is not an accident that killings and magic existed together in that ancient society! A magical society doesn’t care about whether or not it is morally right, compassionate, or fair to kill innocent children—if child sacrifices are believed to help the society get more food, then that’s all that matters. Magic leads to horrific things like human sacrifice being culturally acceptable.

The Israelites would have been hard-pressed to adopt the attitude of using magic to ensure their prosperity and fertility but not also adopt their primary ritual—and, in fact, later Israelites would fall prey to this terrible sin after all.

But even beyond that, even without the human sacrifices, the magic practices and attitudes would (and, in fact, eventually did) undermine the true heart of the gospel. No, it is not always abominable to tell the future, but it is a bad thing for those who have access to true prophecy through living prophets to abandon them for tarot cards and chicken entrails.

The Israelites were a beloved people whose sacred covenant with the Lord bound them to remember His love for them through intimate personal sacrifices. It would be an abomination, after they had so strenuously worked out their salvation for forty years, to abandon their status and covenant in favor of the lifeless gesticulations of wizards and necromancers. The children of Israel had been rescued from slavery and beatings not because of the cheap tricks of Pharaoh’s sorcerers or from following a spell, but because the God of all the earth had made a covenant with their ancestral parents. The practices and attitudes of magic are in direct opposition to the experience of being a covenant people.

The Lord’s personal, human, loving commitment to the Abrahamic covenant is what makes Him a God worth knowing, worth studying, worth worshipping and emulating. To turn from him and toward magic would be writing Him out of their Egyptian exodus story and locating the miraculous power of deliverance in Moses’ lifeless rod. It would rob them of the opportunity to feel gratitude for their salvation. It would blind them to the true purpose of their ritual sacrifices. It would nullify all their sufferings in the wilderness to lose sight of their God as a Father who loved them.

These things were an abomination to the Lord because they would do such harm to the people whom he loved. So, what we’re really seeing in Deuteronomy is not a strange, old-fashioned overreaction to harmless fun. What we see, when the Lord condemns magical practices so strongly, is how desperately our Father wanted His children back.

Your thoughts are spot on, Kim. Excellent insight and I love the parallels you made. For me, this is a perfect assessment of the differences between the power of the priesthood and the stuff made up by Simon Magus. Brava. Thank you for your enlightening article.

The similarities are so close that it took me several readings to understand the differences between religion one magic. Great article. Thank you.