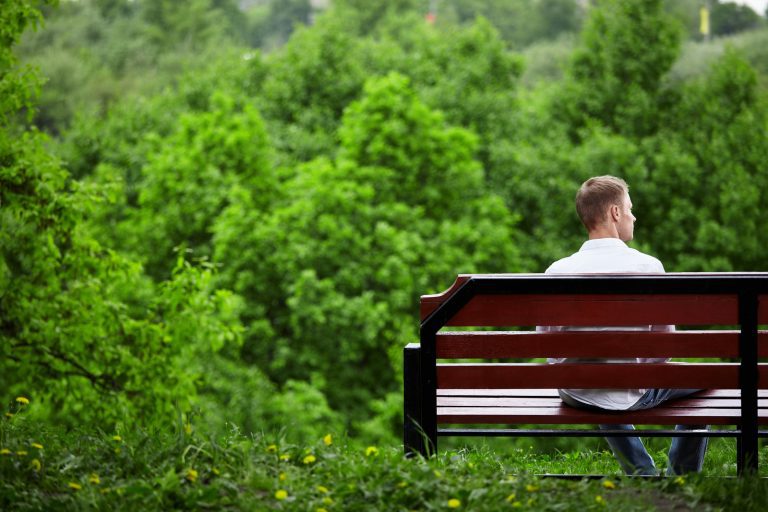 Did My “One and Only” Die in the War in Heaven?

After reading and hearing dozens of people discussing the topic of marriage, particularly the ones wondering if they’ve married the right one, or if they’ll ever find the right one; and after hearing for decades from inspired church leaders on the subject I decided I had only one thing to contribute to the subject: my own story. Social science stats are made up of from a collection of hundreds of individual stories. This is one.

When I attended BYU we actually had electricity. The Vietnam War was booming and I’d been accepted into the Navy’s Top Gun aviator program as I entered my senior year. Still a single RM, I was beginning to think my “one and only” had died in the War in Heaven. I certainly had done my best to meet her at BYU, dating more than 250 beautiful young ladies. Nothing clicked either for one of them or for me. I was often crushed but never deterred.

For no particular reason I registered for Truman Madsen’s beginning philosophy class. The class of nearly 300 met twice a week with a third session in discussion groups of about 15. Mine met Friday morning. We haggled over Hagel, pondered Plato, had some fleeting thoughts on destiny with Flew, and demanded certainty from Descartes. One young lady was outspoken and made sense. Sometimes we were on the same sides and other times she was quite wrong.

On the fifth week we sat together and I noticed this girl with the red dress on was stunning not only in her thinking but in her smile and beauty. I was smart enough to ask her if she’d like to go to the library and study for our upcoming philosophy test. She agreed. Maybe she wasn’t so smart.

We didn’t study, but talked for three hours in the library much to the chagrin of serious students around us.

We gravitated to each other during the regular lectures by Truman M. and on Friday we went to the library again. Truman loved to debunk one-and-only theories and the idea that “opposites attract. No! Marry someone as similar as possible and the difference will still drive you crazy.”

After another study session of not studying I told her I needed to get tires on my Mustang (yes, I did name drop but it didn’t seem to make an impression) and she said she’d be happy to accompany me. So we drove down to south Center Street where we entered the building. As I held open the door for her, an overwhelming sense of wonder came over me as I looked down at her entering. I shook my head to clear the fog and stepped to the counter. After finding out it would be a two-hour wait, I suggested we hitchhike back to BYU. We did.

It had snowed the night before so a warm car was welcome, although it dropped us off several blocks away from campus. On the way we came upon an undisturbed snow field and had to make snow angels. As we were doing so, the sense of wonderment came upon me again. Bizarre.

Before we separated I asked her if she’d like to go to the movie and dance at the student center the next night. She agreed. We did set a time and I got her phone number, but foolish me had neither her address or… her name. First or last. How did I do that???

So I called her figuring I could bluff my way through it when a young female voice answered. It wasn’t her. Darn. “Is your older sister there?” “Which one?” I was in trouble. I took a shot. “Why the very oldest, of course. The beautiful one.” “Oh brother… Elizabeth, the phone’s for you.”

The silent movie of “Phantom of the Opera” and the dance were good and staying up past the time change was even better.

We met for church on Sunday, and then I managed to bump into her Monday on campus. Today, they’d call it stalking but in those days one simply had to go to the Smoot Admin building and look up her class schedule, and Voila, show up as class was letting out. I called it Planned Serendipity.

We were together a bit on Tuesday and then again Wednesday when I picked her up to “study” at my apartment.

As we actually went over our notes on Nietzsche or Kierkegaard, we discussed other topics as well. I’d about given up going out with girls because I tired of girls who agreed with me just to agree with me. I’d bait them by saying I loved a movie I hated and, sure enough, they loved it too. Or vice versa. Where was their discernment and personality?

So I tested Elizabeth. We couldn’t disagree on family because we both had active and loving LDS parents and large families. So I stuck to telling her how great some book was that I hated. She’d screw up her face and say, “You’re kidding. That book was shallow and ridiculous.” Very good. Or I said I thought this political candidate was awful to which she’d shake her head and say, “I thought you had some common sense but, guess not” and proceed to give me a litany of the candidates righteous reasons.

It turned out we agreed on just about everything and what we didn’t agree on we could clearly understand and respect the other person’s ideas.

Finally, I said, “I know something we can disagree on…”

“What?” she said, eyebrows raised, with an intense stare.

My mind whirled trying to think of anything we disagreed upon. Church, state, philosophy and on and on were matches. An audible voice came into my head. “Ask her to marry you, stupid.” Repeated three times. I figured it was, as Ebeneezer Scrooge figured, some undigested dinner speaking. I put that aside.

Finally, I just started talking one word at a time, not knowing the ending. “We can disagree… on… the… idea that Mark Stoddard…loves Elizabeth Robinson…and wants to marry her…”

With eyes wide open I finished and stared at her.

Her jaw had dropped and was gasping for air. “What?” she said.

I said nothing. Neither said anything. It was, after all, five days after our first date.

Being philosophy students, we recovered our wits and began discussing the subject in an objective manner.

Finally, I said. “You know, I asked a question. What’s the answer?”

My heart stopped and stomach turned. “Oh crap,” I said, “What do I do now?” Out loud.

“Kiss me you fool, before I change my mind.”

With that we began the formal engagement period. Stunned. Both of us.

We had both listened to everyone say at BYU that you needed to pray about such things and get a “confirmation of the spirit.” So we fasted, we prayed, we pleaded and wondered. But the heavens were quite silent.

We’d set the date for the end of January when school got out. In my view, LDS temple courtships ought to be rather short or they either won’t be held in the temple or you aren’t attracted enough to each other.

Distressed about being the only couple ever to not get an answer from on high, we talked to our fathers. Both of them said about the same thing as my father: “What answer were you expecting?” “A Yes or No” “Why not a Maybe?” “Maybe?” “Yes, Maybe. Maybe it’s up to you. The two of you need to make it a good marriage.” “Oh.”

Yep. That made sense. So, we gave one last prayer. “Heavenly Father, we’ve decided to get married forever and if you don’t like it, you need to hit us with lightening, otherwise we’re going to do this.”

My father’s solicited advice added to his long time teaching to his children that marriage was not a 50-50 proposition, but a 100-100 agreement. “You both agree to do everything you can to make the other person happy and change yourself however you can to please the other person. If you both do that, you’ll do fine. And decide now…do you want to be right or be in love.”

She’s the same person I got to know in the study sessions. She’s good to great with a bad moment here or there and tolerates far more bad moments out of me. She loves and adores me. I love and adore her. We both believe we’d rather be in love than be right – although that comes and goes at times. I’d rather talk to her about anything, any time, more than anyone. She’s been a wonderful mother to our seven children and grandmother to our 25 grandchildren.

Our children didn’t have many questions around this subject. Each of them got engaged rather quickly as well. Way too fast, I thought at that time, but, then Elizabeth reminded me of those crazy five days of ours in October and November.

That’s our story. Draw your own conclusions.

I've a question, someone said something about marrying the person the Lord commanded them to marry. I have never heard of anyone commanded by God to marry another. I've certainly witnessed some beautiful and serendipitous occassions that guided others, including me, to choose a certain person, but there was no commandment given. Has someone a different experience to share?

I'm going to go out on a limb here and suggest that a big difference between the Stoddards' charmed life and the less-than-charmed lives of some of the commenters lies not so much in the events of their lives as in their perceptive focus. Those who look for blessings find them; those who look for "missing" blessings find them. Unfortunately, I tend toward the latter, but the longer I live the more obvious it becomes that nobody's life plays out how they wished or planned it. Happiness lies in reveling in the blessings we do receive, as opposed to grousing over the blessings we wish we had received instead.