Did Jerusalem Have Walls Around It? | Meridian Magazine 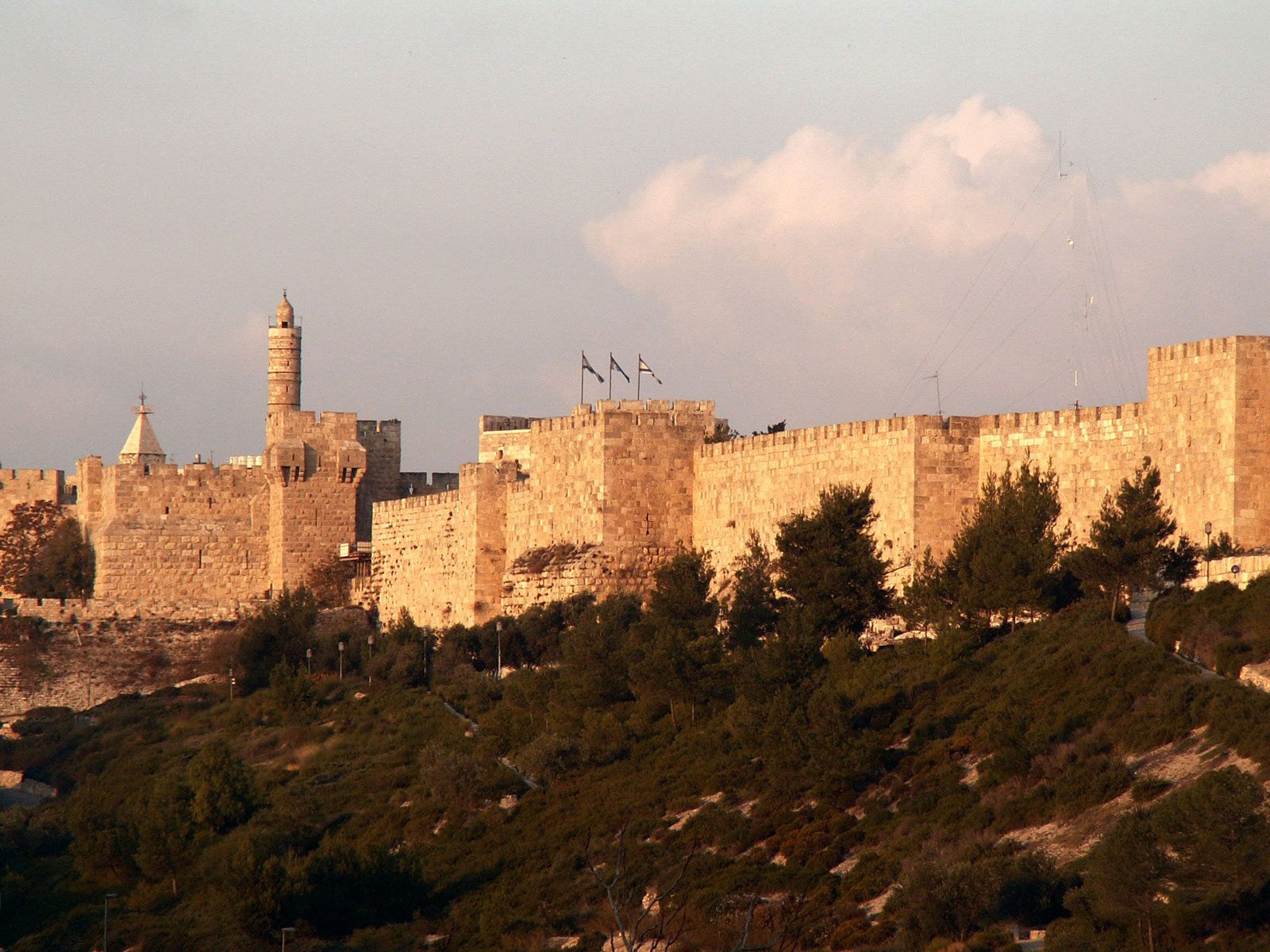 Did Jerusalem Have Walls Around It?

“Now when I had spoken these words … they did follow me up until we came without the walls of Jerusalem” (1 Nephi 4:4).

During the initial stage of translation of the Book of Mormon in the winter of 1827–1828, Joseph Smith’s wife Emma would often write for him as he translated. Later in life, on multiple occasions, Emma would tell the story of the time Joseph was startled by the mention of walls surrounding Jerusalem at the time of Lehi.

Edmund C. Briggs reported the most dramatic version of the story, as he heard it from Emma in 1856.

[O]ne time while he was translating he stopped suddenly, pale as a sheet, and said, “Emma, did Jerusalem have walls around it?” When I answered “Yes,” he replied “Oh! I was afraid I had been deceived.” He had such limited knowledge of history at that time that he did not even know that Jerusalem was surrounded by walls.[i]

David Whitmer, too, later recalled in 1885 “that at the time [of translation] Smith did not even know that Jerusalem was a walled city.”[iii] David likely heard the story from Emma since he was not close to the Smith family until 1829, during the final stages of the translation.

What significance can be drawn from Emma’s recollection? From these early sources, it is clear that Joseph’s closest contemporaries, including his wife, considered this to be evidence that Joseph was not well enough informed on historical and biblical matters to write the Book of Mormon.

John W. Welch, who collected the primary sources on the Book of Mormon translation, explained, these “accounts … focus on the point that Joseph Smith was poorly equipped educationally to produce the Book of Mormon.”[iv]

God often magnifies the abilities of his servants far beyond their capabilities, just as he did for Joseph during the translation of the Book of Mormon.

Daniel C. Peterson, another scholar who studied these Book of Mormon translation accounts, has raised another, equally intriguing point, which this and similar evidence from the translation period further suggests: Joseph himself was sometimes surprised by the content of the book. “It seems to have been a text that was new and strange to him,” Peterson remarked. The text was “something external to himself,” and “there were parts of the text that he did not understand.”[v]

The fact that the details of the book were new to Joseph is an indication that he was not the author of the text, but that rather he learned as he translated by divine means.

Just as it was for Joseph, much revelation is unveiling, opening, and enlarging new information. Revelation helps us see things we haven’t noticed before though they are perfectly obvious once they are brought to our attention.

Daniel C. Peterson, “What the Manuscripts and the Eyewitnesses Tell Us about the Translation of the Book of Mormon,” in Uncovering the Original Text of the Book of Mormon: History and Findings of the Critical Text Project, ed. M. Gerald Bradford and Alison V.P. Coutts (Provo, UT: FARMS, 2002), 67–70.

Daniel C. Peterson, “Editor’s Introduction—Not So Easily Dismissed: Some Fact for Which Counterexplanations of the Book of Mormon Will Need to Account,” FARMS Review 17/2 (2005): xi–xlix.

[iv] Welch, “The Miraculous Translation of the Book of Mormon,” 86.

[v] Daniel C. Peterson, “Editor’s Introduction—Not So Easily Dismissed: Some Fact for Which Counterexplanations of the Book of Mormon Will Need to Account,” FARMS Review 17/2 (2005): xxii, xxi.

I gather from your article that you assume the translation was done in the same order as the books in our Book of Mormon. That was not the case. David Whitmer could have indeed been present during the translation of 1 Ne 4 since it was done at his fathers home. Emma was not the scribe at that time. The scribe has not been definitively identified but is thought to be John Whitmer. So like Emma stated, "he came and asked me", implying that she was not at his side writing. To me, the more interesting statement here is that Joseph would still consider the possibility that the translation appearing in the hat could be a deception. Given all that had transpired to this point, how could he entertain the possibility of deception? Approximate Book of Mormon Translation Timeline Elden J. Watson Tuesday, June 02, 1829, Fayette Arrive at Whitmer Farm June 03, 1829 to June 25, 1829, Translation of the small plates of Nephi Wednesday, June 03, 1829 1 Nephi 1:1 Oliver Cowdery handwriting Thursday, June 04, 1829 1 Nephi 3:9 O Cowdery & [J Whitmer ?] In an initial evaluation of the handwriting on the Book of Mormon manuscripts, Dean Jessee suggested that the handwriting of the unknown scribe of those pages containing 1Ne 2:23 through 4:2-20 and 1Ne 12:8 through 16:14 was possibly that of John Whitmer [OBMM p 273]. Friday, June 05, 1829 1 Nephi 4:20 unknown hand Saturday, June 06, 1829 1 Nephi 8:24 unknown hand Sunday, June 07, 1829 1 Nephi 12:18 John Whitmer ? handwriting Monday, June 08, 1829 1 Nephi 14:1 John Whitmer ? handwriting