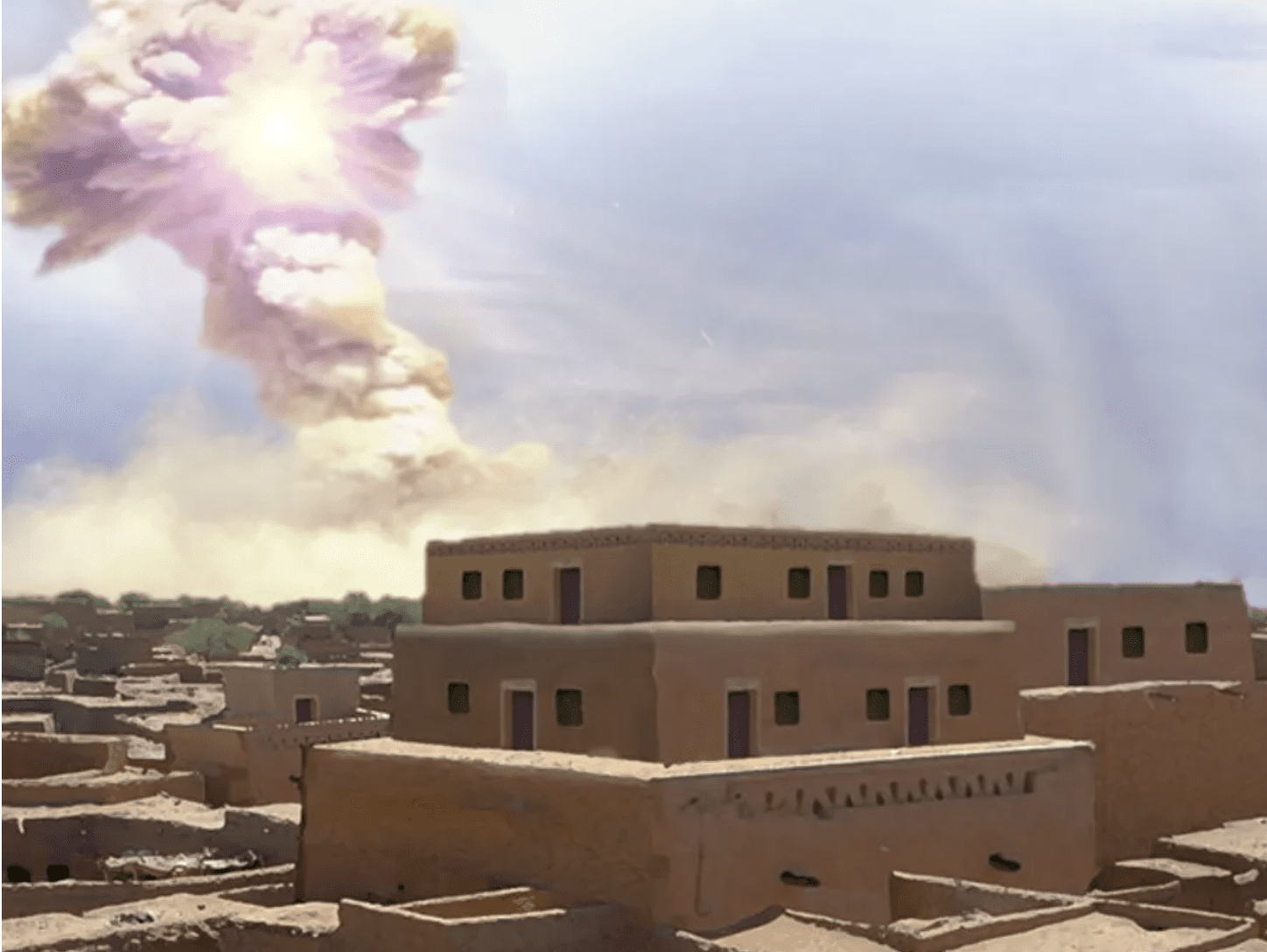 The following is excerpted from The Conversation. To read the full article, CLICK HERE.

As the inhabitants of an ancient Middle Eastern city now called Tall el-Hammam went about their daily business one day about 3,600 years ago, they had no idea an unseen icy space rock was speeding toward them at about 38,000 mph (61,000 kph).

Flashing through the atmosphere, the rock exploded in a massive fireball about 2.5 miles (4 kilometers) above the ground. The blast was around 1,000 times more powerful than the Hiroshima atomic bomb. The shocked city dwellers who stared at it were blinded instantly. Air temperatures rapidly rose above 3,600 degrees Fahrenheit (2,000 degrees Celsius). Clothing and wood immediately burst into flames. Swords, spears, mudbricks and pottery began to melt. Almost immediately, the entire city was on fire.

Some seconds later, a massive shockwave smashed into the city. Moving at about 740 mph (1,200 kph), it was more powerful than the worst tornado ever recorded. The deadly winds ripped through the city, demolishing every building. They sheared off the top 40 feet (12 m) of the 4-story palace and blew the jumbled debris into the next valley. None of the 8,000 people or any animals within the city survived – their bodies were torn apart and their bones blasted into small fragments.

About a minute later, 14 miles (22 km) to the west of Tall el-Hammam, winds from the blast hit the biblical city of Jericho. Jericho’s walls came tumbling down and the city burned to the ground.

It all sounds like the climax of an edge-of-your-seat Hollywood disaster movie. How do we know that all of this actually happened near the Dead Sea in Jordan millennia ago?