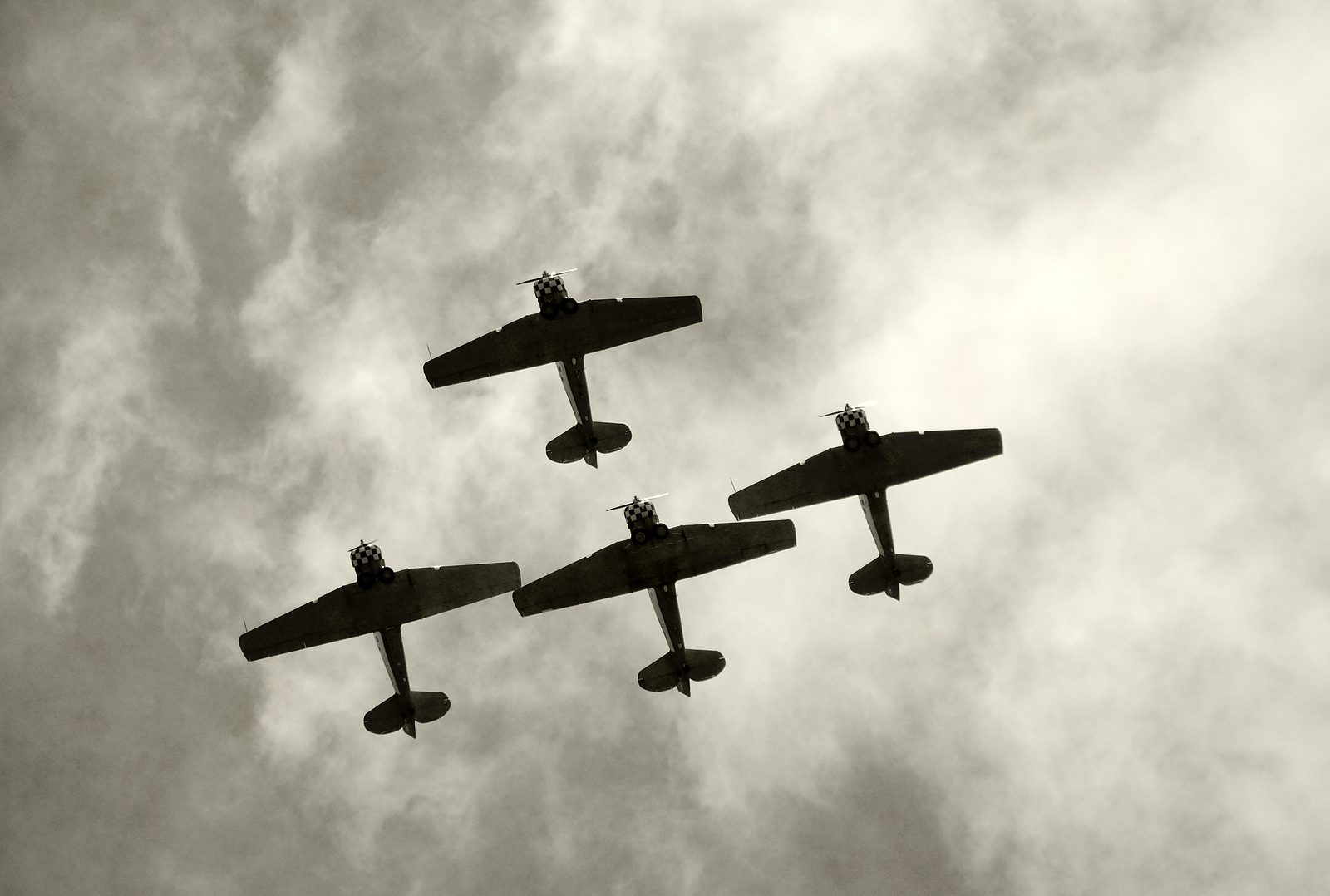 David opened the envelope, and two airline tickets and a picture fell out. He laughed, even though the picture brought back very deep memories.

Within a year and a half after the bombing of Pearl Harbor, he had found himself as an antiaircraft gunner on a carrier in the South Pacific. After quite a few battles, his assignment changed to working in the medical unit. Though he had never received any medical training, his work doctoring cows was more than most had.

More months at sea brought more fighting. David noticed that the closer they pushed toward Japan, the fiercer it became. Then came the most intense fight of all. The bombardment was heavy, with fighters also strafing their antiaircraft positions. David was doing his best to help with the wounded, when their forward battery was hit hard. Almost all of the men fell.

The enemy fighter turned and was coming in for another pass, when David jumped to the gun. Both opened fire at the same time, but David’s aim was more sure, and the enemy plane burst into flames, hitting the water beside the ship.

When the fighting ended, and the sound of enemy planes faded into the distance, David turned to find his best friend near death. It was too late to do anything but hold his hand as he slipped away. Bitterness and hatred for the enemy filled David’s heart at the loss.

But there was no time to dwell on it. He was called to the port side to help rescue a downed Japanese pilot. To his dismay, it was the very one who’s plane he had shot down. As he helped pull the pilot from the water, David just wanted to see him die. But his commanding officer had other ideas.

“See if you can help him survive; at least until we can interrogate him.”

The pilot’s arm was bleeding profusely, so David tied on a tourniquet. After the pilot was stabilized and interrogated, David was also assigned to take care of him. When he brought him his first meal, the pilot smiled and pointed to himself. “Me Yoshimo.”

David met his smile with a resentful frown. “I was the one who shot you down!” David said fiercely. “What do you think of that?”

Yoshimo shrugged. “You only do your duty.”

Later, as David sat down to take a break, he pulled a picture from his wallet. Yoshimo looked over. “You lady?”

Yoshimo continued trying to make friends, but David would have none of it. Finally, he had had enough. He told Yoshimo he hated him and wished he had died when his plane went down.

Yoshimo was quiet after that, and when David brought him meals, he refused to eat. After two days, David became concerned. “Yoshimo, you must eat.”

David took the food away, but for the first time, he started thinking of Yoshimo as a person with feelings, and not just as an enemy. David watched that evening as Yoshimo pulled a picture from his own pocket.

Yoshimo nodded and smiled again, the first time in quite a while. They began to talk, and David got them some food. This time, with David joining him, Yoshimo ate.

David learned that Yoshimo didn’t want to fight any more than he himself did. He had learned English from American friends, and he hated fighting against them. He had dreams of college, marriage, and a family. Basically, though they were on opposite sides of a conflict, they weren’t that different.

By the time Yoshimo was transferred to a prison camp, David knew he would miss his new friend. And when the war ended, they met on a Japanese beach to say goodbye. Standing with arms around each other, they paid a photographer to take their picture.

But it would not be the end. The picture that fell from the envelope with the tickets was a copy of the one from that day on the beach. Yoshimo, now a wealthy businessman, sent David and his wife tickets each year to join him and his wife for a vacation somewhere in the world. Each time, there was nothing but the plane tickets and the pictures with the same words on the back.

“The best way to destroy an enemy is to make him a friend.” Abraham Lincoln

This May just be my favorite story of yours, out of years of favorite stories. As someone whose life has been directly touched by war, this touches me, too. Thank you.

I love the quote at the end by Abraham Lincoln! And this story just proves had stupid and foolish war is!!!