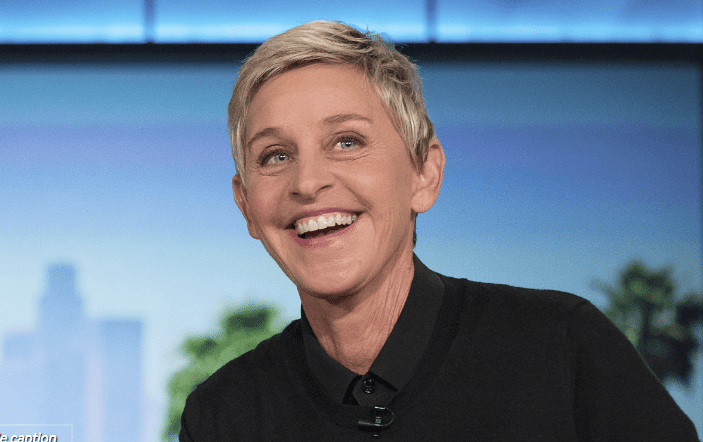 Last week, lead singer for Imagine Dragons, Dan Reynolds, stopped by the daytime talk show, “Ellen.” The host, Ellen DeGeneres, suggested that suicide in Utah may be related to the “shame” caused by The Church of Jesus Christ of Latter-day Saints (LDS Church).

“The leading cause of death for Utah kids ages 11 to 17 is suicide,” she said, reading from a card. “Suicide in Utah has increased 141 percent because of the shame they feel from the Mormon Church.”

We commend Ellen and Dan for discussing teen suicide. It is of deep concern to any community, including highly religious people. All need to work together to address suicide’s multiple causes. However, attributing increases in suicide deaths in Utah to the LDS Church is not based in research.

Research in Utah suggests something quite different. For instance, the 2015 Utah Prevention Needs Assessment (a survey of over 27,000 Utah youths) found that teens who attended religious services more often (a few times a month to once a week) were less likely to have suicidal thoughts or suicidal attempts than those who attended less frequently. Further, teens identifying as Mormon were less likely to report suicidal thoughts or attempts.

Another more recent Utah study of 600 families with a teen (the Family Foundations of Youth Development study, 2016-2017) found the same: more religious teens and Mormon teens were significantly less likely to experience suicidal thoughts. Teens who had previously been Mormon (had left the Mormon Church) had similar rates of suicidal thoughts as their non-Mormon peers. As we consider these findings in a highly homogenous religious state like Utah, we acknowledge that a higher rate of suicidal ideation for non-LDS youths in Utah may speak to a need for better integration of non-LDS youths within schools and local communities.

Nevertheless, suicide exists amongst every group and must be addressed; this can only be done effectively as concerned parents, teachers, counselors and legislators work across political and religious lines. For an excellent description of a process aimed at bringing diverse groups together in constructive dialogue, we encourage readers to learn more about the peacemaking protocol established by the Reconciliation and Growth Project.

There is a huge contradiction in Dan's statements, which shows how far away from spiritual things and principles of basic honesty he has gone: he pledged on his honor that he would respect the law of chastity as it applies to all students at BYU. Yet, he completely disregarded this law once admitted at the University - and to add insult to injury - he lashes out on the University for excluding him for non-respect of that Law?! He had plenty of other options to attend Universities that do not have such rules, so why insist on going to BYU instead? As for BYU's Law of Chastity, I was there nearly 40 years ago, and know there is somewhere out there a 38-year-old young man who grew up without a father, a BYU Student who got his mother - also a BYU student - pregnant, but who later refused to take responsibility for the child. Thank Heavens for a University that shields its youth from such terrible consequences!

In the clip with Ms. Degeneres, Dan Reynolds states that he was kicked out of BYU for having sex with his girlfriend.He goes on to state that he felt shame for something that is "beautiful, perfect and normal". Yet, with few exceptions all the evidence from the social sciences and human experience points to the fact that sexual activity outside marriage isn't beautiful, perfect or "normal". Reynolds makes a common mistake of conflating natural with normal. Cancer is natural, but it isn't normal. Normal is expected and sustainable. The most ancient civilizations are all founded on marriage and have laws protecting marriage and the marital contract. Fatherless communities are poor, gang/crime infested and miserable places to live. Fatherhood should be a status within marriage and sexual relationships outside marriage cause obvious harm to anyone willing to look. Same sex "marriage" undermines marriage and causes real harm to the participants. Rates of abuse, depression and suicide are all multiples higher for practitioners of same sex relationships. Dan's work to destigmatize psychological counseling is well intentioned, but this type of counseling doesn't improve psychological well-being better than just talking things out, prayer, meditation and practicing Christianity. Study after study bear this out, with the exception being brain chemical imbalances. The beautiful thing about artists is their creativity and most often this creativity comes from their deep hurt. Great art crosses all human boundaries because it speaks to our common hurt, in this case sin or missing the mark. Dan's music is beautiful and it catches you up in the emotion that great artists bring to their craft. That said, he's missing the mark here on marriage, sexuality and parenting. When he told the story of his mom not being able to choose him over Joseph Smith or Jesus Christ, that really hurt. You could see the pain. I felt it and wept. For me as a parent the answer would be simple and swift - I'd save my son. Dan needs saving and I pray that God blesses him and cures his broken heart