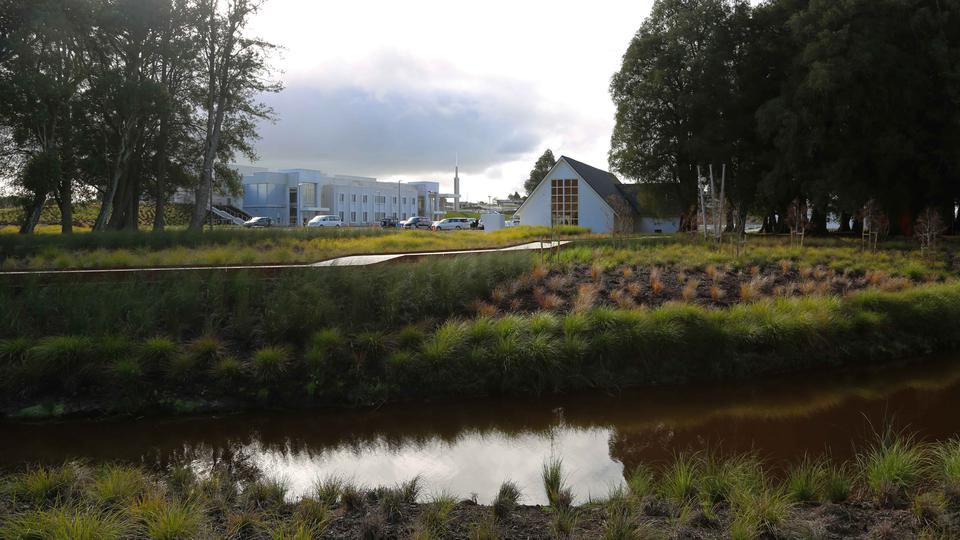 Latter-day Saints throughout New Zealand and beyond will tell you that Temple View is “a special place.” Nestled amongst the vibrant green hills below Tukiharamea — the Maori name for the hill that holds the Hamilton temple — the small LDS community welcomes visitors from throughout the Pacific as they come to participate in sacred temple ordinances.

President Henry B. Eyring, first counselor in the First Presidency, returned to Temple View on June 16-17 to dedicate both new and renovated, refurbished facilities on the campus of the Church College of New Zealand (CCNZ), which closed in 2009.

In his remarks during dedicatory services, held in the new David O. McKay Stake and Cultural Events Center, President Eyring recalled his first visit to New Zealand when he was assigned to be the Church’s deputy commissioner of education. When he first arrived, before he had met anyone or learned much about the area, he took some time to be alone and climbed a hill until he was almost level with the temple spire. Sitting on his luggage, he painted a watercolor of his beautiful surroundings.

“I don’t know if it captured what I felt that day,” he said. “I had a feeling I was looking at sacred ground.”

President Eyring said that while he does not know the exact future for Temple View, as he was touring the changes that were part of the recent development project, he was struck with another feeling: “This is a grand beginning.”

To read the article on the event from the Pacific Newsroom, click here.