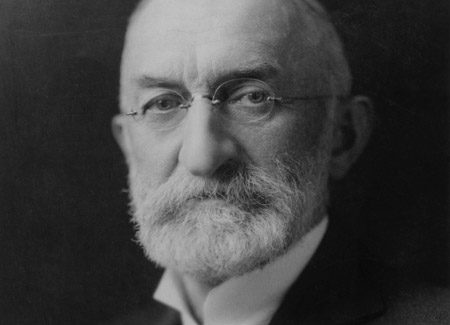 Daniel Webster and the Blacksmith’s Fee

This story in its original form was written by Kenneth P. Wood and first published in Future Magazine.  In the 1940’s, President Heber J. Grant sent a little story to the editors of the Improvement Era with this note:

“Enclosed herewith I am sending you a story about Daniel Webster. I do not know who sent it to me, but I think it is worthy of reprinting in the Era, provided or course that we have the right to publish it.  I am sure you will enjoy reading it.

The story was thereafter published in the November 1941 Improvement Era, beginning on page 662.

It is a marvelous story, worthy of another telling. The text has been expanded and adapted to a more complete and (hopefully) satisfying form, with additional background information on Daniel Webster and the circumstances of his career in law.  The message remains fresh and wonderful.

Daniel Webster started the practice of law in Boscawen, New Hampshire.  He came by his office honestly.  In a day when the gift of oratory and knowledge of a few legal terms were enough for some, Webster studied, investigated, contemplated, and examined the law.  He attended Phillips Exeter Academy and then graduated from Dartmouth College.  He spent time teaching at the Fryeberg Academy in Maine, but it was only to secure the finances necessary to continue his love affair with the law.  When he had enough money, he left teaching and went to study with the eminent attorney Christopher Gore for several months.  When he was finally admitted to the bar in March of 1805 and opened his own office, he was unknown.  Clients were few and far between.   Those who sought his services barely supplied him with enough money to pay the weekly board bill.

One morning there was a knock at his door.  Webster rose from his desk and opened it, and the Portsmouth blacksmith entered.  He held his hat tightly in both hands, the smoke and soot of the forge heavy upon him.  His leather apron was stiff and black with use.   “Mr. Webster,” he said. “I am in need of legal advice.  I don’t hold much with courts or lawyers, meaning no offense, of course, but I don’t have a clear choice here.  Someone is trying to take something that is rightfully mine.”

The case he laid before the young attorney had to do with the conflicting claims of himself and a neighbor regarding a parcel of land.  The question seemed to involve  a very peculiar point of law which Webster could not answer offhand.  But since a lawyer never admits that he is puzzled–especially a very young lawyer–he told the blacksmith that as he was preoccupied with other matters at the time, he would look into the case later and give an opinion in three or four days.

As soon as the blacksmith left the office, Webster carried the store of law books that made up his small library to his desk, and began a thorough search.  But he could find nothing similar to the blacksmith’s case–no decisions, no precedents, no references, no litigation related to that particular complication.

A different sort of attorney would have made up some kind of plea and then trusted to luck and oratory to pull his client through.  But Webster, even at the age of twenty-five, was profoundly interested in every phase of the law.  The issue was no longer a case and a client, but a point of law buried in obscurity, a point of law he was compelled to unearth.  It was his nature to go to the very bottom of things before he could be satisfied.  Moreover, he had an elevated standard of honor toward even the least client.  All Americans, he believed, were entitled to equal protection under the law, and that meant all the protection that the law could give.  If there were no answers in his library, he thought he knew where they were.

Consequently, though he really could not afford it, he took the stagecoach from Portsmouth, New Hampshire, to Boston, Massachusetts, and spent an entire day in the law libraries there.  He found, to his surprise, that the point in question had never been decided because it had never come up in just that form.  Nevertheless, he did find a number of similar cases and through them he pursued the subject back to the very statutes and common law of England.

Webster’s constructive mind developed a theory of equity which was consistent with all decisions that had been handed down in similar cases, and as was his nature, he made copious notes, outlining his reasoning and noting the decisions upon which his conclusions were based.  Then he bought, from his lean purse, the volumes that contained the references he needed, and with these he took the night coach back to Portsmouth.

It was with this background of research and preparation that he went before the local court and made his appeal–a plea prepared as carefully and with as much learning as if it were to be presented in the Supreme Court of the United States.  He had anticipated every argument, answered in advance every possible question, resolved every ambiguity. The lawyer on the other side was overwhelmed, embarrassed, and buried by Webster’s appeal.  After hearing his pathetic rebuttal, the court handed down a verdict favoring the blacksmith.

Coming out of court, the smithy asked, “How much do I owe you, Mr. Webster?”

“Oh,” answered the lawyer, who was aware of the man’s financial condition and who was always careless about money matters anyway, “pay me whatever you think you can afford.”

“Well,” said the client, “you seemed to run it off pretty easily, so I guess a dollar will be about right.”

Daniel Webster took the dollar without comment and watched his client walk away.  Then he returned to his little office.   In Boscawen he had begun the practice of recording his clients, cases, and outcomes, along with the income he received.  That day he entered on his record book a note to the effect that his journey to Boston, together with the reference books, had cost him over forty dollars, and that he had received as a fee the magnificent sum of one dollar in hard cash.  Then he forgot all about the matter.

Twenty-five years went by.  Webster gained in that time national prominence as a lawyer, orator, and statesman.  He argued his first case before the Supreme Court in 1818, when he was thirty-six.  At forty he was elected to the national House of Representatives.  At forty-five he was chosen to represent the state of Massachusetts in the United States Senate.

Throughout all this time and accomplishment, his affection for the law remained undiminished.  He continued, when he could, to study and to practice, until he was accepted and acclaimed as the zenith of the American bar.

One day the president of a large railroad telegraphed him. He wished to consult with Webster on a very important subject.  The two met the next morning at Webster’s office in Boston.  The door was locked, and the railroad president spoke with great intensity:

“Mr. Webster, I want to put before you a question that vitally affects the interest of my railway.  The very eminent lawyers whom I have consulted believe my contention is correct, but they are absolutely unable to find any decision that bears upon the subject.  The case is to be tried in only two weeks, and yet my side is wholly unprepared.  Sir, if I lose this decision, my opponents will cripple our corporation.”

Webster remained impassive, reserved, and confident.  He nodded and said in his deep voice, “Please state your case.”

The railroad magnate proceeded to do so, and produced all the papers bearing upon it.  Webster glanced through the documents as he listened.  Suddenly a gleam lit up his great black eyes and he suppressed an urge to laugh as he remembered the leather apron, the grimy hands, and the agitated countenance of the Portsmouth blacksmith.  In principle, this case was precisely the same.

“This involves a very complex problem,” the attorney said.  “I will undertake to act for you if you will give me the necessary authority.  I shall not need the assistance of other counsel.”

This giant of a man inspired confidence.  His client felt, for the first time, a tremor of hope.  He stood and shook Webster’s hand warmly.  Then he sat and wrote out a check for five thousand dollars as a retaining fee.

After he had left, Webster searched among his files and found a little parcel of notes that long before he had scrawled upon paper now brittle and yellow with age.  He spent two hours with his notes and books.  It was enough for him to refresh his memory and revise his arguments in the blacksmith’s case to fit the circumstances of the railroad company.  His meticulous notes brought back to him with wonderful clarity the decisions and the precedents upon which he had built his former appeal.

Two weeks later, on the appointed day, Webster appeared before the highest court of Massachusetts, composed, tranquil, and confident.  The opposing counsel presented its arguments which, when analyzed, were no claims at all since they were neither grounded upon legal history nor judicial precedents.

When the opposition had finished, Webster arose.  Like a Cyclops at play, he brought to bear the full power of his reasoning and eloquence.  His arguments reduced their pleas to pulp.  He set forth his client’s case, fortified by knowledge and research, and presented with the precision and lucidity that placed him at the pinnacle of his profession.  Without leaving their seats, the judges decided in favor of Webster’s client. A little later, when they handed down a written opinion, it amounted essentially to a restatement of Webster’s own plea.

The railroad president was ecstatic over this sweeping victory when he had been almost certain of defeat.  He wrote a check for ten thousand dollars to the attorney, and sent it with a letter of effusive thanks from himself and the directors of the company.

Daniel Webster sat at his massive desk and read the letter.  Then he glanced at the check, folded it, and placed it in his pocket.  He pulled his record book from the shelf, opened it in front of him, and described the case and its conclusion.  As he reread his remarks, he felt a deep satisfaction.  Once again he dipped his pen and added a postscript:-

“I have now received the blacksmith’s fee–with compound interest.”

When I began business in Natural Therapies I was, as is always the case, not very busy. I gave away my time, energy and knowledge to those few who came. I charged modestly and spent additional time showing spouses and parents how to do simple things at home to help the progress of their loved ones (massage points and other easy-to-grasp ideas), Slowly but surely they spread the word that I was helpful and more concerned with people's progress----rather than my fees. In time, I not only had a good business but a lot of friends and over the course of my working life, treated the children, of children who came over the years down to even the third generation. It is correct that nothing you do well is ever lost or to no avail.