Dad: A Girl’s First and Most Influential Love | Meridian Magazine 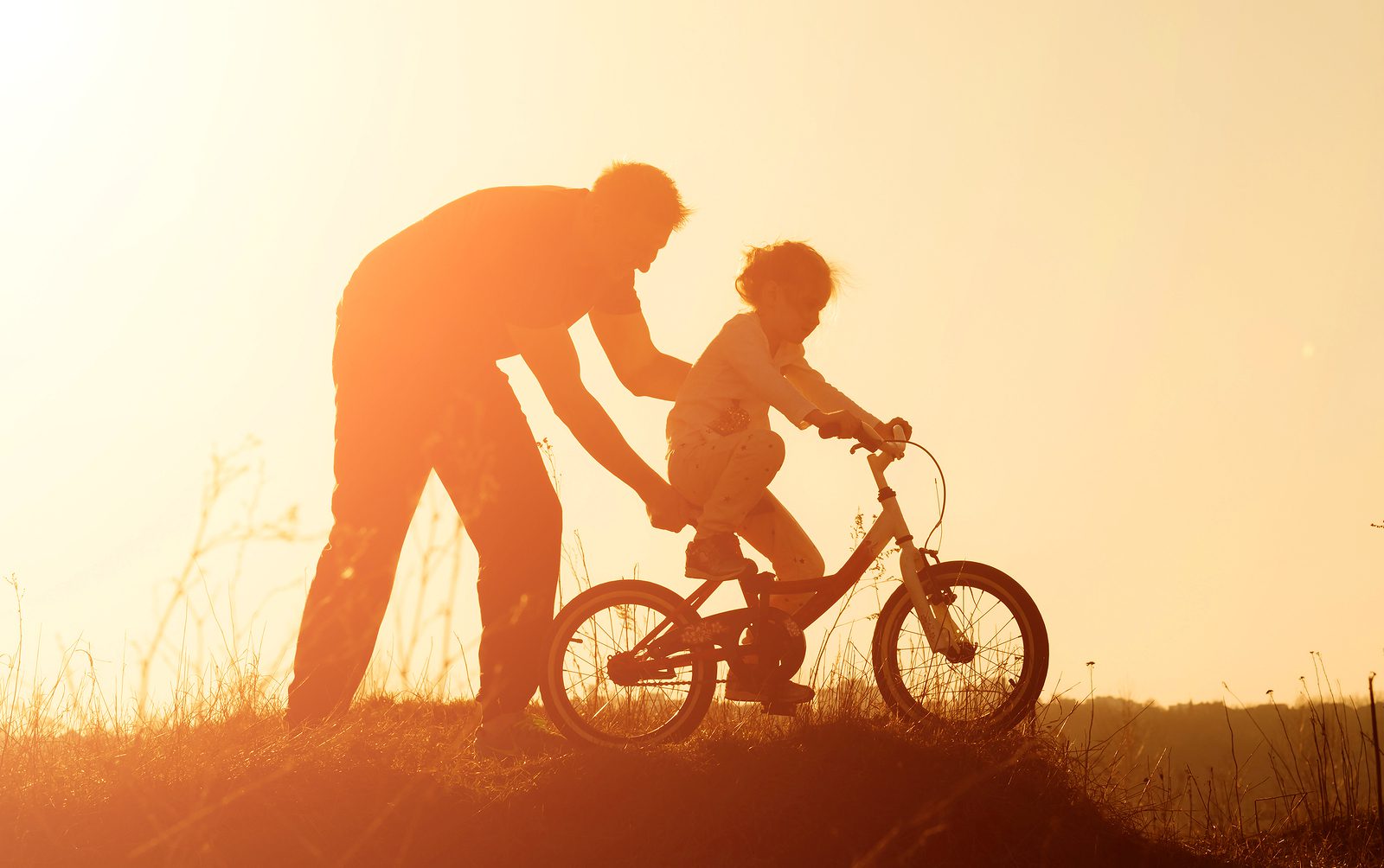 Dad: A Girl’s First and Most Influential Love

Last September, on a Sunday afternoon, my wife and I were walking through “Speakers Corner” in Hyde Park, London. I was amazed by the number of men who were there passionately trying to convince the masses of people why their ideas were good and true. My wife directed my attention to a man holding a sign that read, “Thank you for not breeding. From the unborn children, animals, and the environment.” The man noticed me looking at the sign and signaled for me to come over for a chat. So, I engaged. In short, this passionate Englishman told me he had three daughters of his own and felt it was a mistake to bring children into this “immoral and terrible world.”

Was he right about the diagnosis and prescription for today’s world problems? Or is it possible that he had it completely backward? Meaning, is the world in moral decay due to fathers like him not stepping up to their duty and privilege?

He clearly has bought into a belief that is quite common in our society today: Fathers are not very valuable and even useful to their children—especially to their daughters.

In 2014, Rolling Stone interviewed pop icon, Katy Perry. When asked if she was interested in having children of her own, Perry naively declared:

I don’t need a dude [to have a child]…It’s 2014! We are living in the future…I’m not anti-men. I love men. But there is an option if someone doesn’t present himself.

As a professor of family studies, a father of three daughters, and one who has spoken in countries all over the world about the importance of the father-daughter relationship, I take issue with the “wisdom” expressed by both Katy Perry—a daughter—and my English acquaintance in Hyde Park—a father of daughters. These ideas perpetuate a vicious lie about how much men (i.e., fathers) and women (i.e., daughters) need each other.

So, I would like to take this opportunity to share a portion of the evidence demonstrating the remarkable potential of the father-daughter relationship and the disastrous consequences for all when it is ignored.

The Most Fragile and Unstable Parent-Child Relationship

The dynamic between fathers and their daughters has been characterized by one expert as the most “fragile and unstable” when compared to other parent-child relationships.1 It can be further described as one of the most powerful and vital relationships to individuals, communities, and nations. For instance, fathers have a profound impact on their daughters’ body image,2 clinical depression, eating disorders,3 self-esteem, and life satisfaction,4 to name but a few.

But of all the unique contributions a father makes in his daughter’s life, perhaps there is none of greater significance than in the area of sexual development and activity and romantic relationships.

Ms. Perry’s claim that she “doesn’t need a dude” to have children cuts to the heart of each of these critical areas and perpetuates the myth that men (fathers) and women (daughters) don’t really need each other.

Sadly, many adolescent girls in our sexualized Western world today find themselves in a tragic predicament. The conditions in our culture of both rampant fatherlessness and sexual promiscuity are incompatible with forming secure and healthy relationships with boys and with establishing stable families for the next generation. A young girl’s sexual development can significantly outpace her neurological and emotional development—the very resources needed to guide her sexual choices.

Herein lies the danger. Much of our culture today promotes sexual activity but void of healthy attachment or true intimacy. There is a great deal of evidence to suggest that high levels of father involvement (regardless of dad’s marital status) are predictive of high levels of intimacy, commitment, and trust in young female adults’ romantic relationships; whereas low levels of father involvement are predictive of the opposite.11

In other words, fathers can and should be their daughter’s “first love” as demonstrated in this video. How a father treats both his daughter and her mother can help a young woman feel safe and secure in her relationships with the boys and men in her life, including her future husband. Family scientists and evolutionary psychologists have discovered that girls appear to be born with an emotional, relational, and evolutionary void that a father is designated to fill. If left vacant, girls will be more likely to seek to fill it in with other, unhealthier substitutes. The father-daughter relationship is the one that best teaches young women about true love, self-worth, and respect.

Professor Linda Nielsen summarized this in one profound sentence: “[T]he father has the greater impact on the daughter’s ability to trust, enjoy, and relate well to the males in her life.”

This truth has tremendous implications not just for fathers and daughters, but for society at large. The disintegration of this relationship can help to explain why the world may seem so terrible and immoral to the English father in Hyde Park. If all father-daughter relationships could be magically healed throughout the world, we would likely see a substantial decrease in many of the consequences of our over-sexualized culture, including, teen pregnancy, abortion, prostitution, sex-trafficking, sexually transmitted infections, and even gender inequality.

In sum, John Mayer had it right all along:

This research and perspective on the power of father-daughter relationships can and should be a critical lens through which policymakers, academics, therapists, fathers, mothers, pop-icons, and even Hyde Park soap-boxers make sense of many of the problems in our world today. Perhaps, we should begin by holding up signs for fathers that read: “Thank you for loving your girls.” (Yes, sons matter, too. But that is not the point of this article.)

And Katy Perry, regardless of what year it is, it appears after all that you do need “a dude” to raise a child—especially a daughter.

Timothy Rarick, Ph.D., is a professor of Marriage, Family, & Child Development at Brigham Young University – Idaho. Dr. Rarick has spoken all over the world and several times at the United Nations regarding the importance of father-daughter relationships.

This article was originally published in the Institute for Family Studies.

Great article! I pray daily that our daughters will learn to develop the mutual love and affection for their future husbands as my wife and I have for each other. I pray that all people in the world can understand that men and women are to compliment and complete each other - not compete against each other.

At 63 looking back as a father this articul is spot-on, my girls were taken to another country for 9 years, I did all I could to comunicate with them but not being there certainly had a negative effect on them, my 35 year old still struggles with the effects quite badly, the next also has her struggles, eventualy I managed to get them back and raised my youngest from 13, we were fortunate to be able to develop a loving trusting relationship with her and she is as happy and well adjusted as most. I would like to know how to reverse the negative affects, it is very hard to watch your daughter continually choose self defeating behaviors and see also the ripple effect into the next generation, she has1 boy 4 girls and they have no Father.