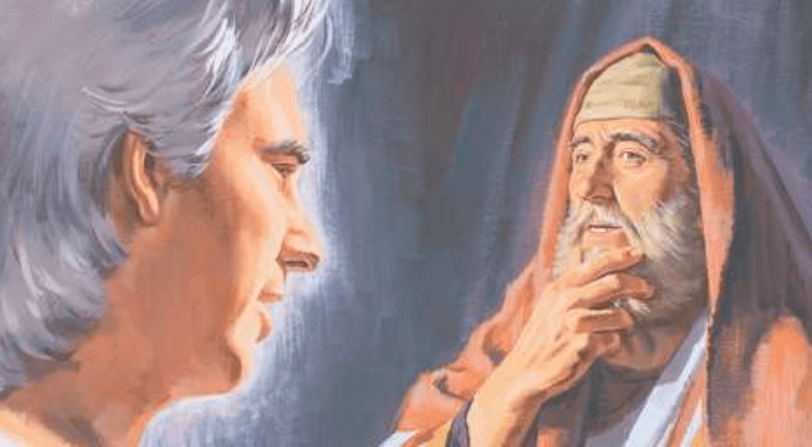 As teachers of the gospel, we are like Matthew and Luke: witnesses of the Lord Jesus Christ. We should emphasize this as we begin every lesson by bearing testimony of Him, as these great apostles did.

Matthew 1 starts, “The book of the generation of Jesus Christ.” This is a translation of the Greek “biblos geneseous,” or “a book of genealogy.” Essentially, Matthew is compiling here what Latter-day Saints often refer to as a “book of remembrance,” or a history of a family (the word “biblos,” the first word of the New Testament, is where we get the word “Bible”).

So the New Testament begins with a family history, reminding us that the gospel of Jesus Christ is a gospel of the family. Modern readers might be put off by the long list of ancestors given by Matthew and Luke 3:23-38, but for the Saints, the family is the whole point of the gospel. Our Father in Heaven desires to save His family and to save us as families—the good news of the gospel is that the Atonement of Christ makes that possible.

The ancestral line also establishes that Jesus is the fulfillment of prophecy. The Lord promised King David, “I will set up thy seed after thee . . . I will establish the throne of his kingdom for ever” (2 Samuel 7:12-13). When Jesus asked the Jews, “What think ye of Christ? Whose son is he? They say unto him, the son of David” (Matt. 22:42). For the Jews, then, the Messiah or everlasting king must come from the line of David. The sonship of David was important to Matthew, for he mentions it six times in his book.

The genealogy also establishes that Jesus was the rightful king of Israel. Matthew reasons that Joseph was the most direct male descendant of King David and thus the legal claimant to the throne of David. As Joseph’s (adopted) son, Jesus would thus be heir to that throne.

Jesus is also in the direct line of the patriarchs Abraham, Isaac, and Jacob, all of whom received the promises that in their seed would “all families of the earth be blessed” (Gen. 12:3; 49:10). The spiritual blessing of the Atonement of Christ would fulfill the covenant and promise made to Abraham.

Thus, the first verses of Matthew are a strong reminder that “the family is ordained of God,” just as modern prophets have emphasized.

But Jesus was not the son of Joseph.

The true father of Jesus Christ is the Heavenly Father of us all. It was essential that Jesus be born of an immortal father and a mortal mother, or he could not have fulfilled his mission. President Russell M. Nelson explains that the Atonement of Christ “required a personal sacrifice by an immortal being not subject to death. Yet he must die and take up His own body again. The Savior was the only one who could accomplish this. From his mother He inherited power to die. From His Father He obtained power over death” (“Constancy amid Change,” Ensign, Nov. 1993, 34).

The New Testament begins, appropriately, in the temple, that great monument to the Atonement of Christ.

Zacharias the priest entered the holy place to perform the daily offering of incense. He was an elderly man faithful to his calling all his life but had never had children, the ultimate blessing for a Jewish family. He had probably long since given up hope of a child, as he and his wife Elisabeth were both “well stricken in years.”

It was evening in the holy place, and he was alone. At sunset the entire nation of Israel paused for the evening prayer as the priest placed burning incense on the golden altar before the veil of the temple. The incense symbolized the prayers of Israel.

For 400 years no voice of revelation had been heard in Israel, but the humble people still prayed reverently, facing the great temple that King Herod had been rebuilding. They had continued to petition their Father for the promised Deliverer through centuries of exile, war, and conquest by one great power after another.

But in Hebrew the name Zacharias meant “God Remembers,” and tonight the God of Israel would remember the promises He had made to His children since the world began (see Luke 1:70).

As the cloud of incense rose, Zacharias found himself standing among potent symbols of the Atonement. Before him was the veil of the holiest place, which covered the presence of Jehovah. On his left was the great multi-branched candlestick representing the Lord as Light of the World. On his right was the table bearing the sacred “bread of the presence,” twelve loaves consumed once each week by the priests, signifying the body of Christ (according to the Mishnah, the table may also have held cups of wine—see Exodus 25:29, 37:16).

All at once, between the table and the altar stood a holy angel.

“When Zacharias saw him, he was troubled, and fear fell upon him. But the angel said unto him, Fear not, Zacharias; for thy prayer is heard; and thy wife Elisabeth shall bear thee a son, and thou shalt call him John. . . . He shall go before him [Jesus] in the spirit and power of Elias, to turn the hearts of the fathers to the children, and the disobedient to the wisdom of the just; to make ready a people prepared for the Lord” (Luke 1:8-17).

Zacharias was to have a family after all! The dispensation of the Meridian of Time began with the answer to a simple, heartfelt prayer—in the same way that all dispensations begin.

The peculiar mission of John, the promised son of Zacharias, was to prepare Israel for the coming of the Messiah by calling them to repentance. That is the work of an “Elias.” In His mercy, God will not appear to His children who are unprepared for that appearance. He sends Elias-like messengers—for example, Moses, John the Baptist, Joseph Smith—to purify and sanctify a people to be ready to receive Him. The Israelites of the Exodus purified themselves for three days before the Lord appeared at Mount Sinai (see Exodus 19:14-15). Likewise, John the Baptist washed in water many of the Lord’s future disciples at His first coming.

And like John, Joseph Smith has come in our day “in the spirit and power of Elias” to purify and sanctify the Latter-day Saints in preparation for the Lord’s second coming.

A few months later, an angel appeared to Mary to announce that she would bring the Lord into the world. “Thou shalt call his name Jesus. He shall be great, and shall be called the Son of the Highest: and the Lord God shall give unto him the throne of his father David: And he shall reign over the house of Jacob for ever; and of his kingdom there shall be no end” (Luke 1:32-33).

The angel here proclaims the gospel of the family: Jesus is above all the Heir, the Leader of the family of God, the Firstborn Son and Eldest Brother of us all. In Him all the promises of our Father to His own children are fulfilled, as Zacharias declares in his great prayer:

“Blessed be the Lord God of Israel; for he hath visited and redeemed his people, and hath raised up an horn of salvation for us in the house of his servant David; as he spake by the mouth of his holy prophets, which have been since the world began. . . . to remember his holy covenant; the oath which he sware to our father Abraham” (Luke 1:68-73).

What lessons do we draw from these sacred stories?

Among others, the greatest may be that God loves His family and will ultimately fulfill all His promises to us. The Atoning Son makes that fulfillment possible, and we should be profoundly grateful for that source of all our hopes. Regardless of our pains and problems in this life, if we can endure in love and righteousness as Zacharias and Elisabeth did, if we can patiently wait for our Father’s plan for us to unfold, we can be certain that He will save and exalt ourselves and our families in His presence forever.

Wonderful! Thank you! I, too, look forward to more articles from this very insightful man.

Brother England writes so clearly. I saw insights "for the first time" that I should have seen years ago. I look forward to more of his articles to help my "cloudy vision." Too many writers are so verbose and want to be the "sage on the stage." In Breck's writing the gospel is in the spotlight, not him.