Clever Picture Books to Share with Your Kids | Meridian Magazine 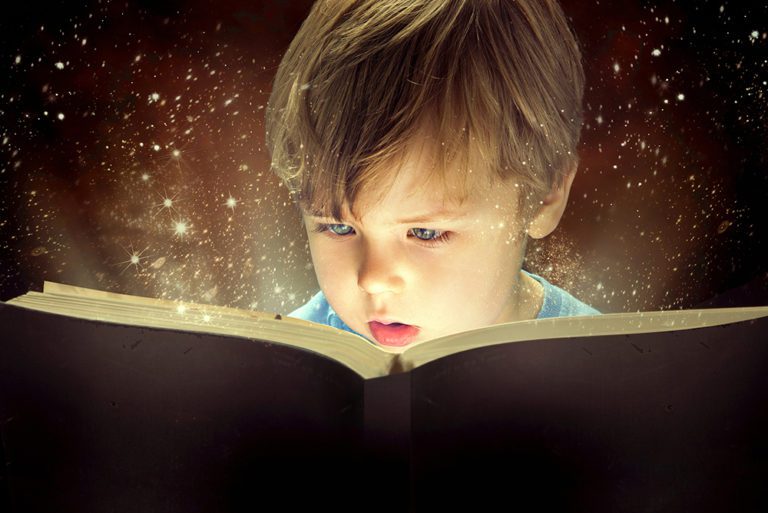 Picture books can be fun, interesting, informative and unique. The first four books in this review highlight creative imagination. The next three celebrate the atmosphere of fall. The next three showcase the usability of creative text. The last book brings pictures and text together making a wonderful storyline. All of these books are good for all ages.

Imagine a City, by Elise Hurst, envelopes your mind with the unlimited possibilities around you. Miss Hurst has created a highly imaginative book with sparse text that captures a moment in time that simply takes your breath away. As a mother and two youngsters walk down a busy street, some of the people walking by are dressed in clothes for their offices, but are actually animals. Another double page view has this same parent and children in a museum where the large painting they are observing has come to life. The magnificent illustrations were completed in ink and oil.

I Thought this was a Bear Book, by Tara Lazar, and creatively illustrated digitally by Benji Davies, has a little green alien crash land right in the middle of the “Goldilocks and the Three Bears” story. The bears, along with Goldilocks, attempt many different ways to get the alien back to his planet. You’ll be surprised who ends up achieving this goal. This is a very clever slant to a familiar story.

Return, by Aaron Becker, is the final installment to the author’s wordless trio of adventures (“Journey”, which won the Caldecott award and “Quest”). A young girl can’t seem to get her father to come fly a kite. So she enters a lavish world opulent with color and creations by merely drawing a door on a wall with her red crayon. Her father realizes his mistake and follows only to be drawn into this world of wonder. Mr. Becker’s use of watercolor, pen and ink is stunning.

Poppy Pickle (A Little Girl With a Big Imagination), by Emma Yarlett, is anything but ordinary. Poppy has a vivid imagination. When she is sent to her room to clean it, her imagination takes over and grows. Before long, she is imagining an assortment of creatures and spaceships that begin to take over the entire house. Yarlett’s splendid use of mixed media invigorates the imagination beyond…..imagining!

Circle, by Jeannie Baker, is the extraordinary account of the longest migration of any bird – the godwit. These birds, part of the sandpiper family, fly from their breeding grounds in the Arctic to Australia and New Zealand and eventually fly back. The gorgeous renderings are mostly done on double pages and all are done with incredibly detailed collage. The circle of these prodigious birds and the pictures and text will inspire and amaze all who pick up this book.

Wonderfall, by Michael Hall, exhibits the fall season with a play on words and an example of the season. The word plentifall along with a cheerful and rhyming text shows one tree (featured throughout the entire book) with an ample load of apples on branches and on the ground. Other words with the “fall” placed at the end are: thankfall, frightfall and snowfall. The colors are bold and they spread the feeling of fall throughout with browns, yellows and oranges.

Bella’s Fall Coat, by Lynn Plourde, and exquisitely painted with hues of orange and yellow throughout by Susan Gal, is the perfect celebration of the fall season. As young Bella traipses through the brown leaves in her favorite coat, you can almost hear the crunching sounds. The same is with her eating a luscious looking apple – the crispness is almost audible. All the sights and experiences that Bella has make this a season to be relished!

That Stinks! A Puny Show-And-Tell, by Alan Katz, showcases how a word or phrase can have different meanings. For instance, one girl exclaims “Gross” while smelling limburger cheese. Another girl replies as she holds up a bundle of pencils, “I have 144 pencils and 144 of anything equals one gross.” This book, which is digitally illustrated, nicely demonstrates word play.

Yaks Yak: Animal Word Pairs, by Linda Sue Park, and delightfully painted with watercolor and ink by Jennifer Black Reinhardt, is a wonderful example of demonstrating homophones. The opening page has a yak yaking to another yak. Another page has several badgers badgering each other and the text reads: “Badgers badger”. Each example has only the homophones on the page. Be sure to check out the back of the book giving more information about each homophone.

A Crash of Rhinos (and other Wild Animal Groups), by Greg Danylyshyn, and digitally illustrated by Stephan Lomp, gives interesting and factual names for groups of animals. For instance, a large group of rhinoceroses is called a crash. A gathering of giraffes is called a tower and a group of salmon is called a run. Each animal assemblage is featured on brightly colored double pages.

Lucy, by Randy Cecil, is a thick book that actually has four interrelated stories. There is a picture on every page and the first three stories feature one of three main characters: a homeless dog – Lucy, a young girl – Eleanor, and her father. The fourth and final story brings them all together for a nice resolution. The illustrations are all done with oil but without color, making the pictures especially effective and this book would make a perfect bedtime story that will take several days to complete.

Being a book lover these children's books are some I'd purchase and enjoy with our great grandchildren.