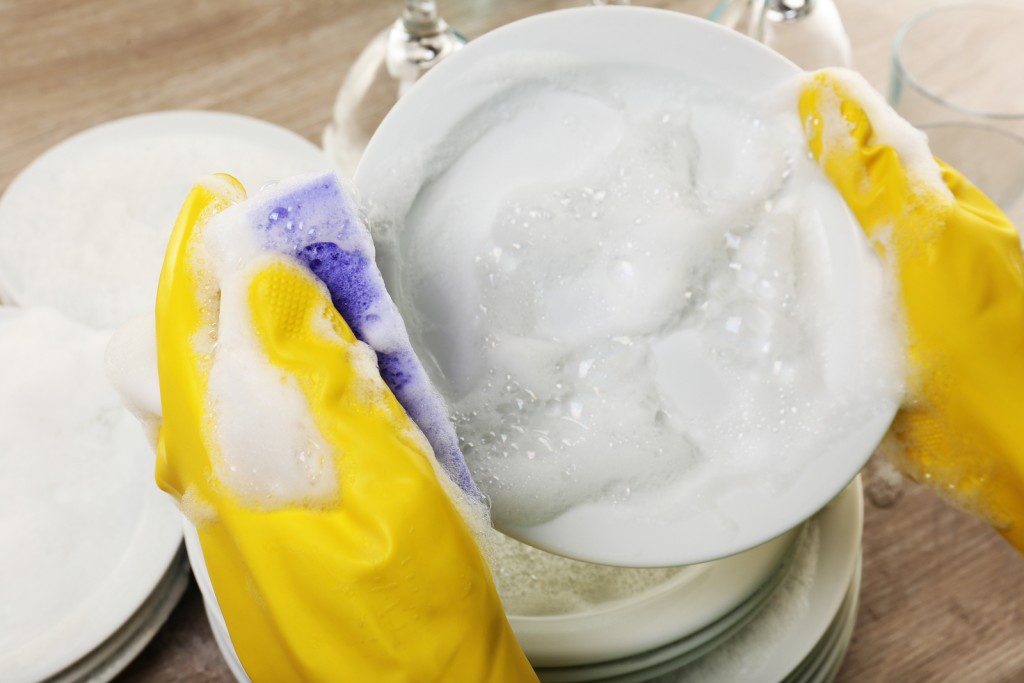 My roommate, John, had grown up in a home of privilege with maids and cooks, never having to take care of himself.  But just before he came to college, his family fell on hard times.  That was why he ended up being one of my roommates in the cheapest college housing available.

The other eight of us came from less than affluent families and were used to the normal chores that came with taking care of ourselves.  None of us had ever met before, so our first apartment meeting was to set up a chore schedule for washing dishes, sweeping, mopping, etc.

We calculated that the sixteen weeks of the semester, divided equally by the nine of us, came out to around twelve days per person for each assignment.  We voted to take this in two six-day rotations.  I volunteered to take the first six days washing dishes, knowing that it was the toughest job, and that, as the semester progressed, life would become much busier.  John chose the last of the rotations.

As we approached mid semester, John’s first turn was drawing near when he informed us that he had never washed dishes before, and he didn’t know how to go about it.

He shook his head.  “I’ve decided that I will just hire a girl I know to wash them.”

“No way!” Bryce said.  “We often need dishes washed early in the morning when some of us are still in bed.  No girl is coming in here then.”

Others gathered around and everyone voiced their opposition to having a young lady in the apartment to do the dishes.

“First off,” Jim said, “our apartment isn’t nice enough to have a girl traipsing around it, and second off, some of the guys here don’t dress modestly when they sleep.”

“Besides,” Steve added, “you should learn to do it to take care of yourself.”

The consensus was definitely that John needed do the dishes himself, and John finally conceded that he probably didn’t have the money to hire to have it done anyway.

“Do you want me to help you the first time?” I asked.

I took him to the kitchen and talked through it.  “You wash the dishes in the right sink, filled about half full of warm water.  Make sure you put in two squirts of soap from the bottle under the sink and stir it up.  Rinse the dishes in the left sink and put them in the drying rack.”

He smiled and nodded.  “That doesn’t sound too hard.”

On John’s first day for the dishes, Jim and Steve had made a nice dinner and invited the girls they were dating to join them.

“What is this chewy, gray stuff in the stew?” Jim’s date asked after a few bites.

Jim and Steve looked at each other.  “We didn’t put in any chewy, gray stuff,” Jim said

“John, did you wash these dishes?” Bryce asked.

“And did you use soap like I told you?” I asked.

“Of course,” John replied.  “I used the soap in the big blue bottle under the sink.  I took the lid off, turned it upside down, and squeezed it hard twice.”

“We don’t have any blue bottle of soap,” Jim said.  He opened up the sink, and gasped.  The new half-gallon bottle of floor wax that we had purchased was mostly empty.

“Yes, sir,” I said as the two girls rushed to spit their food in the trash.  “There’s nothing like floor wax to give your dishes that added shine while simultaneously giving your food the chewy texture that keeps you from coming back for more.”