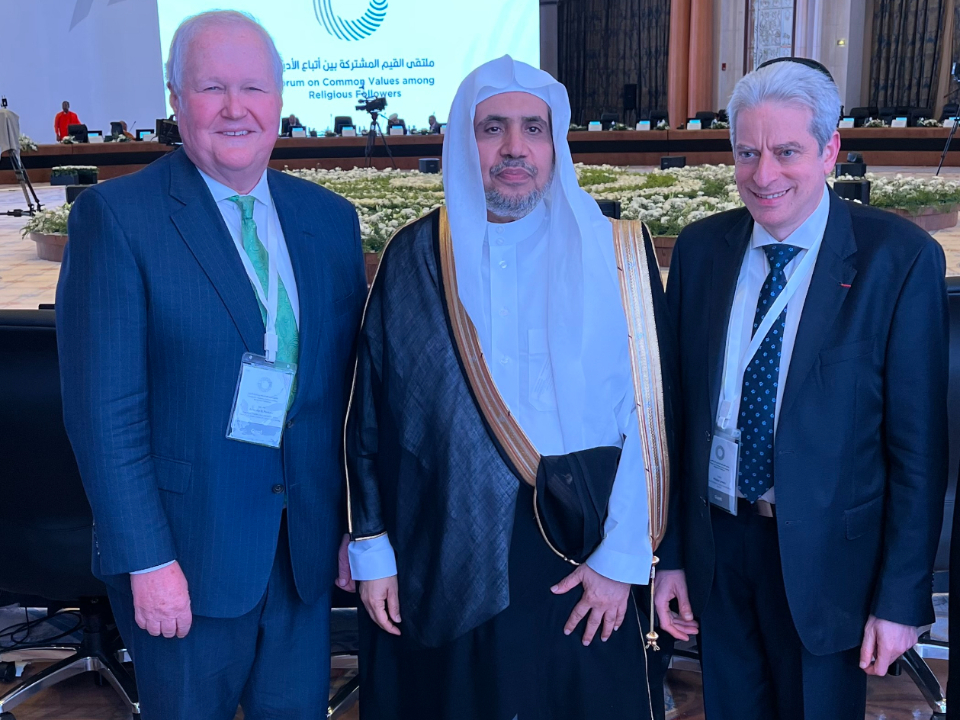 On May 11, 2022, a representative of The Church of Jesus Christ of Latter-day Saints joined nearly 100 leaders of major world faiths and government ministers of religion gathered in Riyadh, Kingdom of Saudi Arabia, for a groundbreaking conference entitled Forum on Common Values Among Religious Followers.

The visit by Elder Anthony D. Perkins, president of the Middle East/Africa North Area, is the first by a senior Church leader to an interfaith religious conference inside the Kingdom of Saudi Arabia. Elder David A. Bednar of the Quorum of the Twelve Apostles spoke at the G-20 Interfaith Forum hosted by Saudi Arabia in 2020 but that event was held virtually due to the COVID-19 pandemic.

Based in Riyadh, the forum was organized by the Muslim World League, led by Secretary-General His Excellency Sheikh Dr. Mohammad bin Abduikarim Al-Issa. In November 2019, Dr. Al-Issa visited the Church’s headquarters in Salt Lake City, Utah, and he recently visited the Washington D.C. Temple during its open house.

In addition to Elder Perkins, other participants in the forum included:

Elder Perkins said the forum focused on the importance of religion and the good it can do in society.