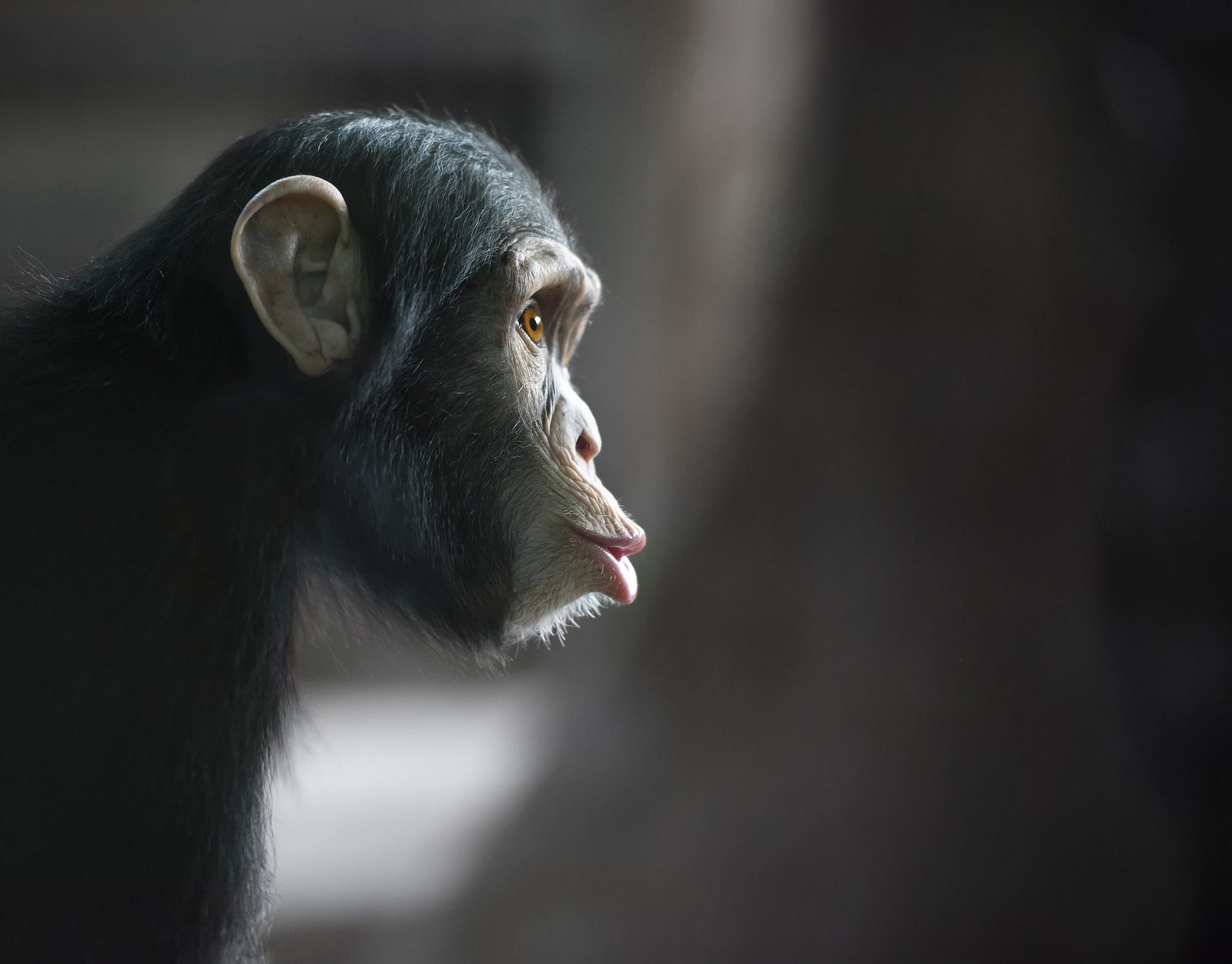 The discovery that genetic switches enable advanced human brain capabilities explains how such a small DNA difference between humans and chimps can result in the huge actual differences between the two species.

For the first two articles introducing this theory that the 99% identical DNA between chimps and humans provides compelling evidence of intelligent design click here and here.[i]

Dr. Katherine Pollard is a leading researcher in comparing the chimp and human DNA sequences. She is the discoverer of groups of genetic switches believed to activate advanced brain functions in humans.

“When we finished the chimpanzee genome in 2005 and lined it up next to the human genome, we made the amazing discovery that our DNA is almost 99 percent identical. That seems like a bit of a paradox given all the differences we see between ourselves and chimps. But, in fact, it’s not a paradox, because all it takes to make a new species, all it takes to make a human, is a few changes in just the right places.”[ii]

Chicken to Chimp to Human

“After months of programming and debugging and running my computer code on a massive computer cluster, I finally had some results. The top hit was a sequence that was 118 letters long. And, amazingly, 18 out of those letters were different between human and chimp. To put that in perspective, the same sequence is in the chicken genome and has only two differences between chimp and chicken. There have been hundreds of millions of years of evolution separating chicken and chimp, and yet we only see two changes. Whereas in six million years, a blink of the eye in evolution’s time, we see 18 changes in this stretch of the human genome. … It turned out this sequence is active in the human brain. At that moment, I just thought, ‘This is awesome.’ This is pretty much a home run when it comes to doing science.

“It turns out that the vast majority of these fast-evolving sequences are not genes, the parts of our genome that encode proteins. The pieces that have changed the most in our DNA look like they are switches, switches that turn nearby genes on and off. So what makes a human different from a chimp isn’t that we’re made up of different building blocks, different genes, but instead that we’re using those pieces in different ways.

“Another thing that was really amazing was that more than half of these fast-evolving switches are near genes that are active in the brain, either in the developing embryo or in the adult brain. In a way, this makes perfect sense, because our brains are essential to a lot of things that make us human: our speech, our culture, religion, even our ability to do science.

“At first, the thought was that there was just a bunch of junk in there. But within less than a decade, the way that we think about this so-called junk DNA has really changed. Encoded in those pieces is information about how to turn genes on and off—these switches—as well as features that affect the structure of the DNA.”[iii]

Just as a small switch can activate a complex electronic device, these genetic switches can explain how so few DNA letters differences between chimp and human DNA can have huge effects in the actual differences between the two species. The following figure shows the details of this DNA sequence discovered by Dr. Pollard.[iv]

The RNA structure of the Human Accelerated Region #1 discovered by Dr. Pollard to affect the development of the human brain. Colored letters show the human specific settings of this control section of DNA code that differ from the chimpanzee. This is the 118 DNA letter sequence that is only two letters different between chicken and chimp but an amazing 18 letters different between chimp and human.

Why Does this Research Provide Evidence of Intelligent Design?

There are several areas where this research provides evidence of intelligent design.

Genetic switches use very few DNA letters compared with the DNA features they activate. This helps explain why a one percent difference between chimp and human can result in their huge actual differences.

The genetic switch settings are changed from chimp to human in exactly the right places. Evolution postulates random mutations causing changes in life forms that are then preserved in the genome via natural selection. This description of genetic switches by Dr. Pollard does not describe any randomness in the mutation process. That would leave it describing an intelligently directed or non-random mutation process.

If the DNA features activated by the genetic switches do not fit in the one percent difference between chimp and human then it would be located in the shared 99% area of DNA that is in both chimp and human genomes. If the chimp DNA does contain advanced human brain functions in this shared DNA, the question ought to be asked as to when would these functions be affected by natural selection since they are never activated by the genetic switches.

“He Created All Things”

This powerful scripture in the Book of Mormon describes an intelligent creative process. I think that modern scientific research as is referenced in this article has come about in our day to allow us to better understand the meaning of this scripture.

“The one percent different DNA between chimpanzees and humans has been discovered to contain complex genetic switches. This sophisticated programming activates human brain and other characteristics in the 99% portion of DNA that the two species have in common.

“These facts imply that the chimpanzee’s DNA contains human DNA programming that is never activated for the chimpanzee. Therefore, these human routines in chimpanzee DNA would have to be intelligently designed and were not created by evolution.”

“The discovery that there is only one percent difference between human and chimpanzee DNA seems to be a paradox considering the actual huge differences between the two species.”

RPMNote: Where does the information come from to select just the right “minimum of changes”? These are extremely information dense bits given the few bits difference between the two species genomes. If the interface is predefined and the interpreter predefined and the linkage to enabled routines in the engine predefined, then yes, a few switch bits can access preprogrammed and predebugged code. Otherwise, chance evolution setting of switches that are probably not connected programmatically to anything is highly suspect of leading anywhere at all as far as functionality. In my view this statement is only possible in the context of a predesigned and debugged interface.

“We describe Human Accelerated Regions (HARs) as those that are well conserved through recent evolutionary history but which have diverged in the human lineage. To find these, KP first located about 35,000 elements 100bp or longer with 96% sequence identity among chimp, mouse and rat. Assuming for such elements a model like that in Fig.1 (based on a genome wide analysis of conserved regions due to Adam Siepel1).”

“The HAR1 element comprises 118bp near the telomere of the q-arm of human chromosome 20. An intriguing feature of this element is that its positive strand is predicted (by the EvoFold program of JP2) to form a complex RNA secondary structure. Our lab has sequenced cDNA representing RNA transcripts from both strands, dubbed

HAR1F (forward) and HAR1R (reverse, with two splicing isoforms). Analysis shows that none of these are likely to code for proteins. A collaborating lab has found evidence for expression of HAR1F in the developing human brain, leading to the hypothesis that HAR1 plays an important functional role in that process.”

“A null model of conserved genomic regions. The HAR1 element has 18 substitutions on the human lineage where only 0.27 would be expected under this null model.”