Can You Influence Others? Your Self-Perception Matters | Meridian Magazine 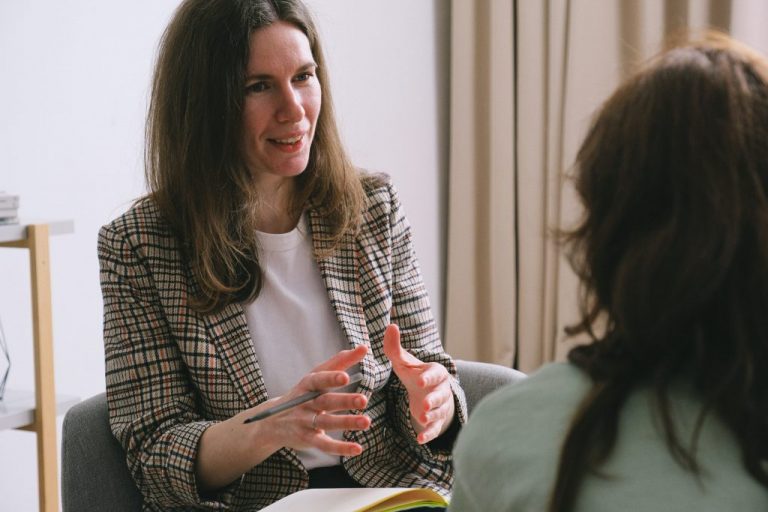 And the discord isn’t confined to the airwaves and the Internet. Some of the bad “persuasion” habits can be found in the workplace and even at family dinner tables.

Effective relationships with others are critical to our wellbeing as a human species. That doesn’t mean we agree on everything. Of course we don’t. In fact, it’s often through amiable disagreement that we discover things we hadn’t considered on our own.

To contribute to the dialogue, we must constantly hone our skills.

Vanessa Bohns can help. Dr. Bohns is a social psychologist and professor of organizational behavior at Cornell University. Her research has been published in top academic journals in psychology, management, and law and featured by the Wall Street Journal, New York Times, Economist, and NPR’s Hidden Brain.

Her book is You Have More Influence Than You Think: How We Underestimate Our Power of Persuasion, and Why It Matters.

Rodger Dean Duncan: What are the most common mistakes people make when they wish to influence others?

Vanessa Bohns: We often start from a place of assuming the other person is going to be resistant to our influence. This can lead us to use ineffective tactics.

For example, we might negotiate ourselves down before we even ask for something, assuming the other person would never agree to what we really want. Or, expecting a rejection, we may hint at what we want rather than coming out and asking directly, which is ultimately self-defeating. Alternatively, expecting strong pushback, we may make our case in an overly assertive manner, and thus turn someone off to an argument they might otherwise have been receptive to.

What I recommend is to start from the assumption that the other person may very well be open to what you have to ask or say. That way, you can start the conversation in both a more confident and less contentious way, which will ultimately give you more actual influence.

Duncan: Virtual communication (via Zoom and other platforms) is more common than ever. What particular challenges does this pose for people’s influence efforts?

Bohns: While Zoom and other rich-media platforms are better than text-based communication such as email, our research shows that people are less influential over these platforms than they are in-person. So, whenever possible, I recommend having important conversations in person. People command one another’s attention more in person than they do over Zoom, giving everyone more influence over one another.

If Zoom is the only option, however, there are a few things you can do to make the best of it:

(1) Make sure you have a good internet connection, even if that means turning off your video. There’s nothing that will cause your influence over Zoom to tank faster than if no one can hear you or understand what you’re trying to say because you keep breaking up.

(2) Don’t skip the small talk at the beginning of a meeting. There tends to be less social banter at the beginning of Zoom meetings, where people frequently show up right on time and get straight to business rather than trickling in a few minutes early. But that small talk is important. Talking about other things that are going on in your and your colleagues’ lives strengthens those relationships. This makes people more likely to listen to what you have to say later on.

(3) Take more time to plan what you’re going to say to make your case. When we’re face-to-face, nonverbal information plays a much bigger role in establishing trust and making a compelling argument. Over Zoom, we lose a lot of those nonverbals, so there’s more pressure on the substance of what someone is saying.

Ultimately, this means that to be convincing over Zoom, you need to be well prepared. Rather than jumping in with a quick comment, take a moment to formulate your thoughts first—then jump in.

Duncan: In the face of resistance (against anything ranging from tweaks in safety protocols to major culture change), what influence strategies seem to work best?

Bohns: While I generally don’t recommend starting from this assumption, there are of course times in which you know a priori that someone is resistant to a particular message, or times when that fact becomes quickly apparent. In those cases, we often feel inclined to keep reasserting our message more and more strongly, piling on ever more evidence in its favor. But, not surprisingly, that doesn’t work. So, this is actually a case in which you might want to revise your ask downward and start by first asking for a smaller change or shift in thinking.

It’s also good to approach the other person’s perspective from a place of curiosity. Ask them questions. Try to understand why they feel the way they do. What purpose is a given belief serving for them? Try to identify common values, if not positions. And try to identify and remove barriers to change before jumping in and starting to push for a change.

Duncan: At a time when employee burnout is a growing concern, what communication issues deserve special attention by leaders?

Bohns: One reason people feel burned out these days is that they feel like they can’t disconnect from work. Technology was supposed to bring greater autonomy for us to work wherever and whenever we wanted. Instead, we are seeing that it has resulted in people working everywhere all the time. Many of us have our work email on our phones, which we take everywhere—on vacation, left next to us on our bedside table while we sleep. And when we’re hearing those “dings” signaling that emails from our boss are continuing to come in on a Saturday night, it makes it even harder to feel like we can escape and recharge from work.

To address this, leaders can try to model work-life balance by unplugging from work themselves. An approach that my colleague Laura Giurge and I have found to work is for people to clearly indicate when they send non-urgent emails during off-work hours that they don’t expect the other person to respond immediately, e.g., with a message such as, “This is a non-urgent matter, so you can get to it whenever you can.”

Bohns: Over social media, it’s easy to forget that there is a real person behind every user profile or avatar. This can make it feel like we are screaming into the void, and that can put us out of touch with how our words actually impact other people.

Again, I think it comes down to having conversations face-to-face whenever possible. When conflict and disagreements happen over email, for example, we can find ourselves slipping into those bad social media habits where we say things that we would never say to someone in person. The other person just feels so much more distant and less real when they aren’t right there in front of us.

We also lose a lot of the nuances of nonverbal communication that suggest a comment isn’t intended as aggressively as we might hear it in our heads when we read someone’s written words. For example, research shows that we’re really bad at picking up sarcasm in people’s emails.

If an in-person conversation isn’t an option, even just picking up the phone and hearing someone’s voice can help humanize them and lead to more civil conversations and disagreements.

Duncan: Which communication behaviors seem to have the unintended consequence of solidifying someone’s bias rather than persuading them to consider an alternate view?

Bohns: Pushing too hard. Overly assertive arguments often create a psychological threat response, which can make someone dig their heals into their original position even more—what’s sometimes referred to as a boomerang effect. Unfortunately, especially when we feel strongly about an issue, we tend to prefer to make our case using more assertive (and thus less effective) persuasive messages over gentler communication tactics.

Duncan: Much of our public “dialogue” consists of partisan “experts” trading insults on cable TV shows and podcasts. What more productive models can you recommend to people who want to hone their own influence skills?

Bohns: I think what often tends to happen, whether on cable TV shows or during heated exchanges over social media, is that two people who are arguing opposite sides of an issue become so focused on winning the argument that they (a) forget to look for commonalities in their positions, of which there are often more than meets the eye, and (b) lose track of the “invisible audience” of people with more moderate positions who are watching these exchanges and looking for greater understanding of an issue, rather than a boxing match. I think it’s more beneficial when pundits think of themselves as explaining their position to those people, rather than trying to tear down the other guy, and identifying universal values that everyone can agree on—including their opponents—when doing so.

Duncan: For someone with no title of position to lean on, what behaviors seems to be most influential when advocating for a particular viewpoint?

Bohns: We often underestimate how effective so-called “upward influence” can be. For example, research shows that younger people rarely give advice to older people—even when they are more expert in a domain. This is due in part to the belief that people who are “older and wiser” will be less receptive to our advice than they turn out to be in reality. In other words, it’s due to a psychological bias—a mistaken perception.

So, first, I would say don’t assume that just because you are in a lower power position that people aren’t interested in what you have to say. Then I would suggest tapping into the types of influence you do have. Just because you don’t have positional power doesn’t mean you don’t have relational status (e.g., people like and respect you, and thus want to hear what you have to say). Or, perhaps you have unique knowledge (e.g., maybe you’re tapped into what the more junior people in the company feel about a particular policy or position).

Yes, being in a position of power gives someone more influence, but so do these other things that we often tend to overlook.