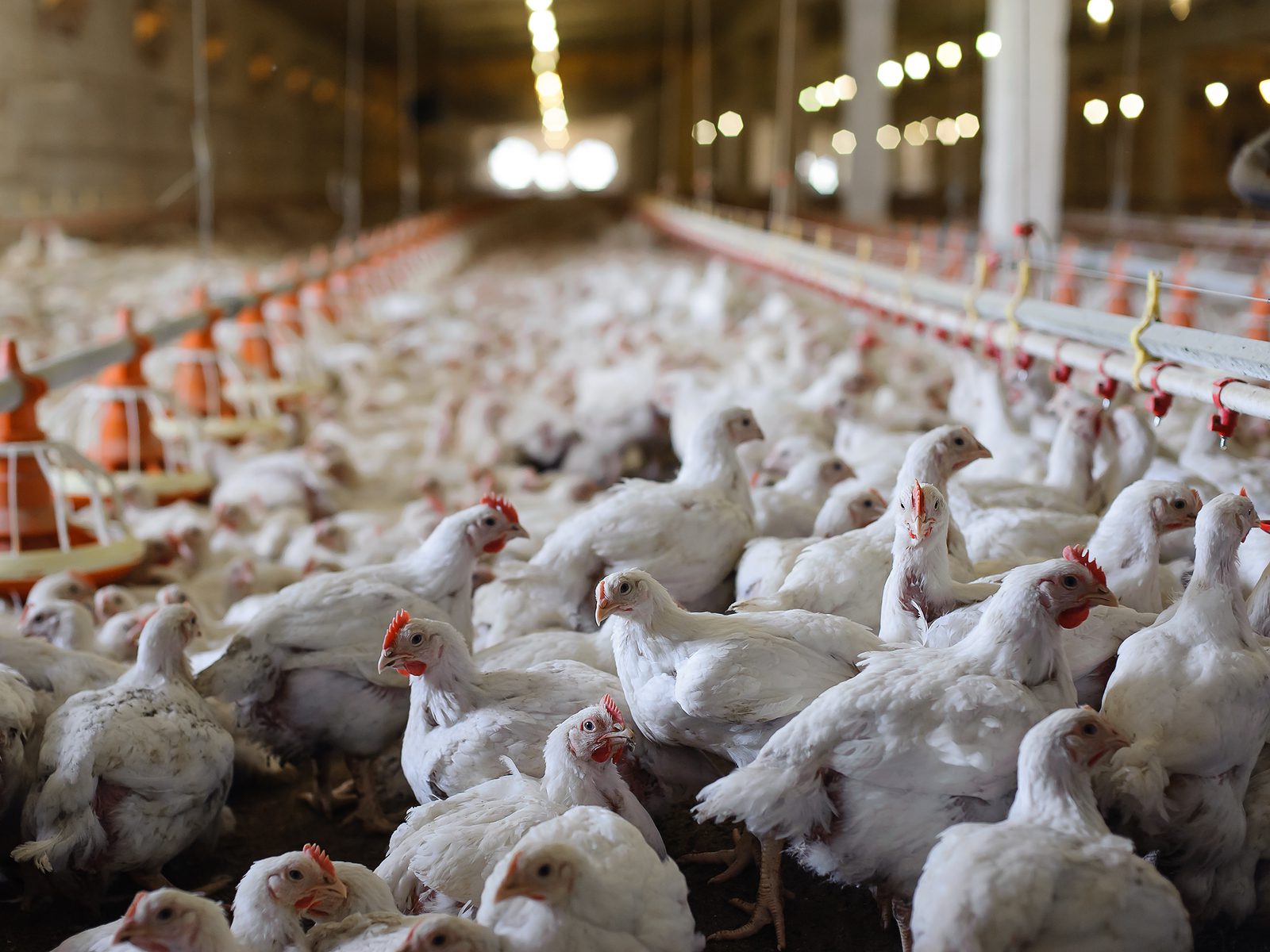 Because they sell eggs to California with its expensive new chicken cage size and animal treatment regulations that went into full effect on January 1, 2015,[i] states like Iowa may be forced to slaughter 40% of its 60 million egg producing hens. Egg prices are expected to rise accordingly up to 50% and bankrupt many egg producing farmers.[ii] This case illustrates how laws and regulations that are justified as “saving the planet” or “being humane to animals” can so easily be destructive to our rights and freedoms, tying us into endless regulatory knots of creeping tyranny.

“In 2008, HSUS (Humane Society of the US) duped California voters into passing the Proposition 2 ballot initiative, which demanded massive and costly infrastructure requirements of state egg farmers by 2015—something that University of California experts predicted would bankrupt the state egg industry. Then, in 2010, California passed a state law stating that all eggs sold in the state had to come from producers abiding by Prop 2 standards starting in 2015.”[iii]

With the failure of the first round of court challenges and the failure of an amendment to the current US farm bill, the effects of this California regulation on the nation’s agriculture in all states may be catastrophic.

“This protectionist measure is being challenged by several states that believe it is unconstitutional, but the California egg ban survived the first round of the court battle. Farmers have been making the required changes, but since it’s too late to build new housing, they can only give more space to hens by reducing their flock sizes.”

“One agriculture expert speaking to Stateline said that in Iowa, the nation’s largest egg producer, he expects farmers will kill 40% of their hens to comply with California’s protectionist law. Iowa has about 60 million hens. Forty percent of that is 24 million animals that may be culled—thanks to HSUS, which pushed for both Prop 2 and the import ban.”[iv]

As I read an article in 2012 about the economic regulations that have tied the European Union countries in knots, including a similar chicken regulation,[v] I thought that such insanity and obvious loss of freedom would not happen in the US. However, lo and behold, we seem to be on the same path as Europe despite our less centralized system of constitutional government.

If King George and the English Parliament were passing the Stamp Act and other onerous taxes and regulations today, what would be our reaction? Would we oppose them to the point of declaring independence as the colonists did in the American Revolution in 1776? Do we believe in the rights and freedoms that they fought for and many lost everything for including their lives?

I thought that this greeting card drawn by my son Tyler and the “thinking of you” line might be a good illustration of our thoughts about the chickens caught in this interesting front-line battle to save the human rights and freedoms embodied in the US Constitution.

“According to the laws and constitution of the people, which I have suffered to be established, and should be maintained for the rights and protection of all flesh, according to just and holy principles; … And for this purpose have I established the Constitution of this land, by the hands of wise men whom I raised up unto this very purpose, and redeemed the land by the shedding of blood.” (D&C 101:77,80)

“How do California’s egg regs affect the price of eggs in Iowa or Alabama? California already imports 4 billion eggs a year from other states. The new mandates will almost certainly cause many California egg producers out of business and cause those that survive to increase their prices. This alone would cause a national supply-and-demand impact, as out-of-state producers rushed to fill the void in California. In order to protect California farmers from the cheaper out-of-state competition, the California legislature passed Assembly Bill 1437, which applies Prop 2’s standards to out-of-state eggs sold in California. Farmers in Missouri, Oklahoma, Iowa, Nebraska, Alabama, and Kentucky filed suit in federal court, claiming that this is an illegal attempt by California to protect its industry and regulate out-of-state businesses in violation of the U.S. Constitution’s interstate commerce clause. In October, U.S. District Court Judge Kimberly J. Mueller dismissed the six-state suit, but they are appealing the decision. As their suit winds its way through the appeals process, many egg producers outside of California are already restructuring their operations in order to comply with the new mandates. But they may find, after having made huge investments in new fowl-friendly cages, that the USHS has moved the goalposts. As, indeed, they already have.”

“When it was clear that Proposition 2 was going to impact egg producers negatively due to the costs of retrofitting and upgrading their facilities, the California legislature passed a law in 2010 amending it to require that all eggs sold in California had to come from farms with the same upgrades.”

“Over the last year the price of a dozen eggs has climbed more than 30% in anticipation of the reduction in egg-laying hens in more expensive quarters, thanks to Proposition 2. Best estimates are that, come January 1, when the law is fully implemented, the price will increase by another 25%.”

Daniel A. Sumner et all, “Economic Effects of Proposed Restrictions on

“This report considers the economic implications of the initiative, if passed. To consider these implications, the rest of this section provides definitions and interpretations of the initiative. We then describe the European experience with non-cage egg production. Section III supplies information about the market for eggs in California and the rest of the United States. Information about the cost of production of eggs in California is crucial to analysis of the initiative, and this background along with a detailed consideration of the degree to which costs differ in different housing systems for hens is the topic of Section IV. Finally, we analyze how complying with the initiative would affect the quantity and location of egg production and how shifts in the location of the industry would affect the broader economy in California.”

“And even though the country (and the continent) is tight in the grips of the most dire crisis in living memory, the EU commissars are still at it. In fact, as I write, Portugal is being forced by the European Commission to kill a large percentage of its chicken population, with the slaughter to be completed over the next month. This by virtue of the ironically named EU Welfare of Laying Hens Directive, forbidding the continued use of conventional egg-laying cages.

“Once the chickens are destroyed, and provided the Portuguese egg farmers can ever find the capital needed to rebuild, they will have to build to the specifications of the EC Directive that requires that all laying hens must be kept in “enriched cages” providing each hen with at least 0.8 square feet of cage area, a nest-box, litter, perches and claw-shortening devices, allowing the hens to satisfy their biological and behavioral needs.

“Now, I like chickens as much as the next guy, especially lightly grilled with a pinch of paprika and a dash of sea salt, and am firmly against the human tendency to mistreat animals (except when it comes to eating them, of course), but for the EC to foist this sort of perfect-world mandate on the Portuguese at this delicate point in time seems sheer madness.”

It seems that none of you have any farm experience. If you mistreat your animals then you will not get the most, eggs, meat, milk, wool, etc. from them. When the hen is under stress she will not lay eggs and the rancher loses money and goes out of business. In the case of the chickens the cage prevents the hen from harming herself by restricting movement. What appears to the uneducated as being too small and inhuman is actually beneficial to both hen and rancher

Thanks, Ronald, for a good example of government run amok. I guess forcing egg companies to kill 24 million hens is the new definition of humane treatment of animals. I wonder how many people who applaud such regulations are raising their own chickens.