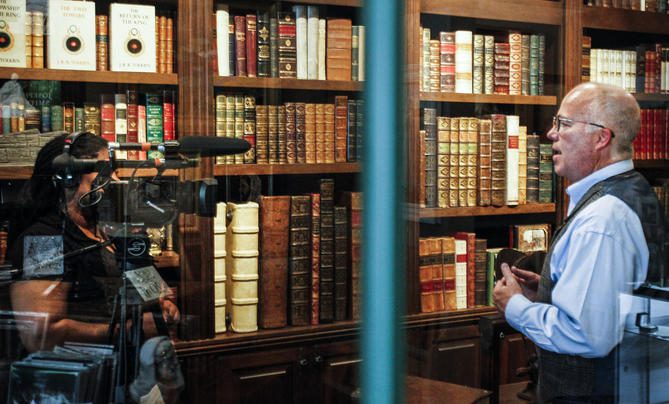 Surrounded by snow-capped mountains, rooted in Mormon pioneer heritage, crowded with local restaurants, immersed in the “college-town” feel and booming with entrepreneurial innovation, Provo is a city often underestimated by outsiders, according to producers of a show to air on C-SPAN.

The producers arrived last week and will be in Provo through Wednesday to meet with locals and discover what makes the town special. Three videographers are capturing the city’s unique heritage by exploring literary and historic sites, interviewing local historians and authors, and engaging in education outreach to high schools and colleges.

C-SPAN City Tours has been spotlighting an average of 24 cities throughout the country since its debut in 2011, according to Ashley Hill, a C-SPAN producer and community relations representative. The footage is then shown on C-SPAN’s BookTV and American History TV.

Cable-Satellite Public Affairs Network has been in operation since 1979 and is known widely for its coverage of political and public affairs meetings. C-SPAN City Tours seeks to move outside of the political Washington, D.C., sphere and highlight unique cities across the county to allow viewers to become better acquainted with how people in their country live, Hill said Monday.