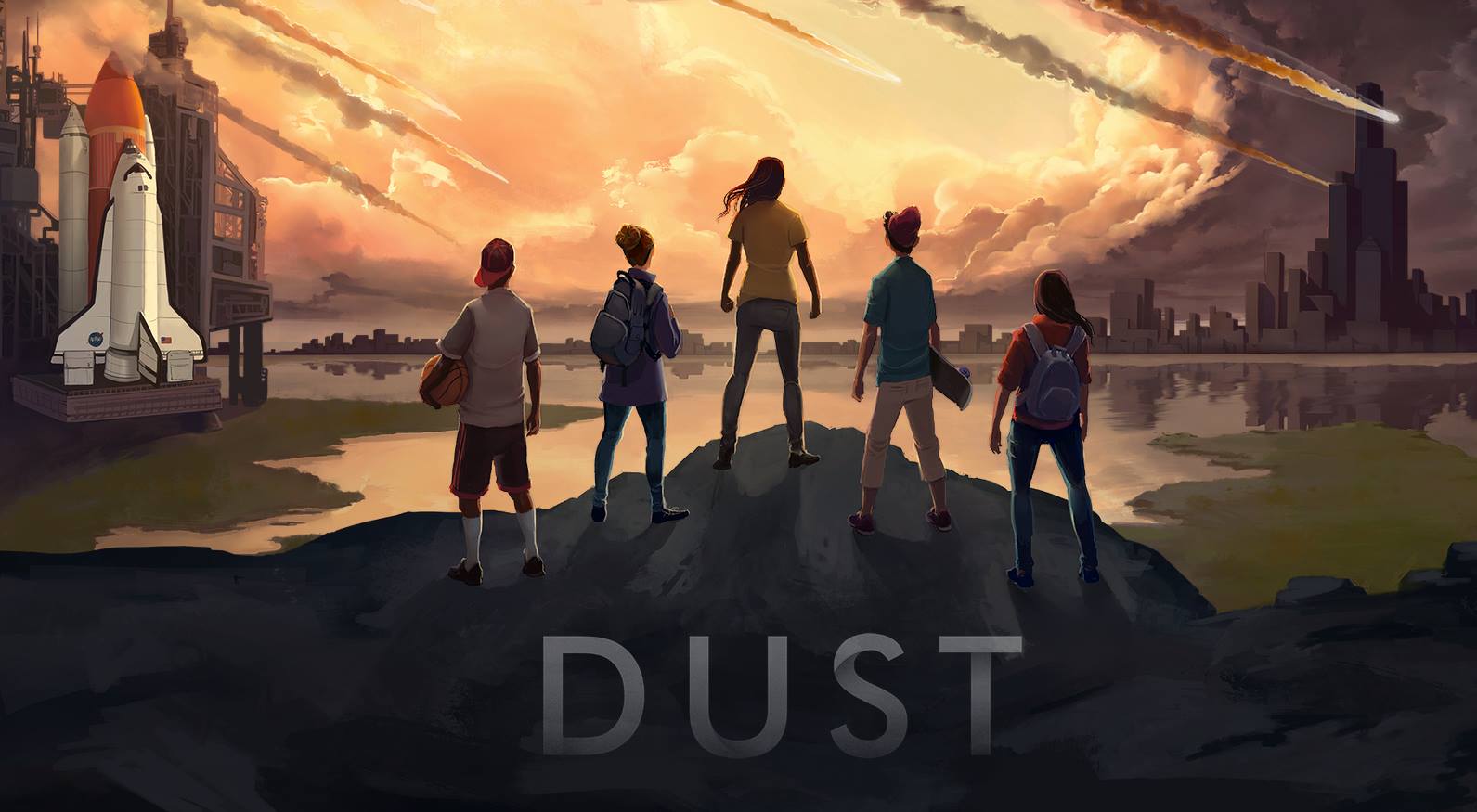 A team of Brigham Young University students is about to knock every adult on the planet unconscious (in the name of science, of course) and it’s up to the world’s teenagers to save them.

On Monday, the students and their faculty mentors will launch DUST, an alternate reality game that encourages teenagers to apply real-world scientific principles to save their parents’ lives in a fictional world.

Using websites, mobile apps, and social media, players from school districts nationwide will work together to unravel the game’s mysteries. Mystery No. 1: Why do dust clouds produced from a meteor shower knock out all the adults?

“The game promotes scientific inquiry, but the real strength is that you can’t solve it on your own,” said Derek Hansen, professor of information technology at BYU. “It’s played as a community and you need others to help you produce solutions similar to how actual science unfolds.”

The goal is to get teenage school kids (13-18) engaged in learning science, technology, engineering and math (STEM) subjects. Once registered at FallingDust.com through their school or on their own, players gather and analyze data, compare ideas and propose solutions as they apply emerging knowledge and skills.

A suite of augmented reality apps developed by the BYU student team helps the players’ research efforts as they play. These include:

“In addition to the website and apps, players interact with fictional game characters through social media as they play,” said Jeff Sheets, director of the Laycock Center for Creative Collaboration and Hansen’s partner on the project. “What’s great about DUST is that it takes the same technologies that are often seen as a distraction and transforms them into platforms for learning.”

DUST was created by more than 40 BYU undergrads across campus, including majors from physics, biology, graphic design, information technology, advertising, film and illustration. Teaming up with faculty and students from the University of Maryland and NASA scientists, the BYU students created an immersive storyline that plays out over six weeks.

“We want to see teens experience the wonder of science and recognize how fascinating and meaningful scientific inquiry and careers can be,” Hansen said. “This is also a research project for us, where we’re trying to understand how these games can be used as effective learning tools. They’re so new no one fully understands their real potential yet.”