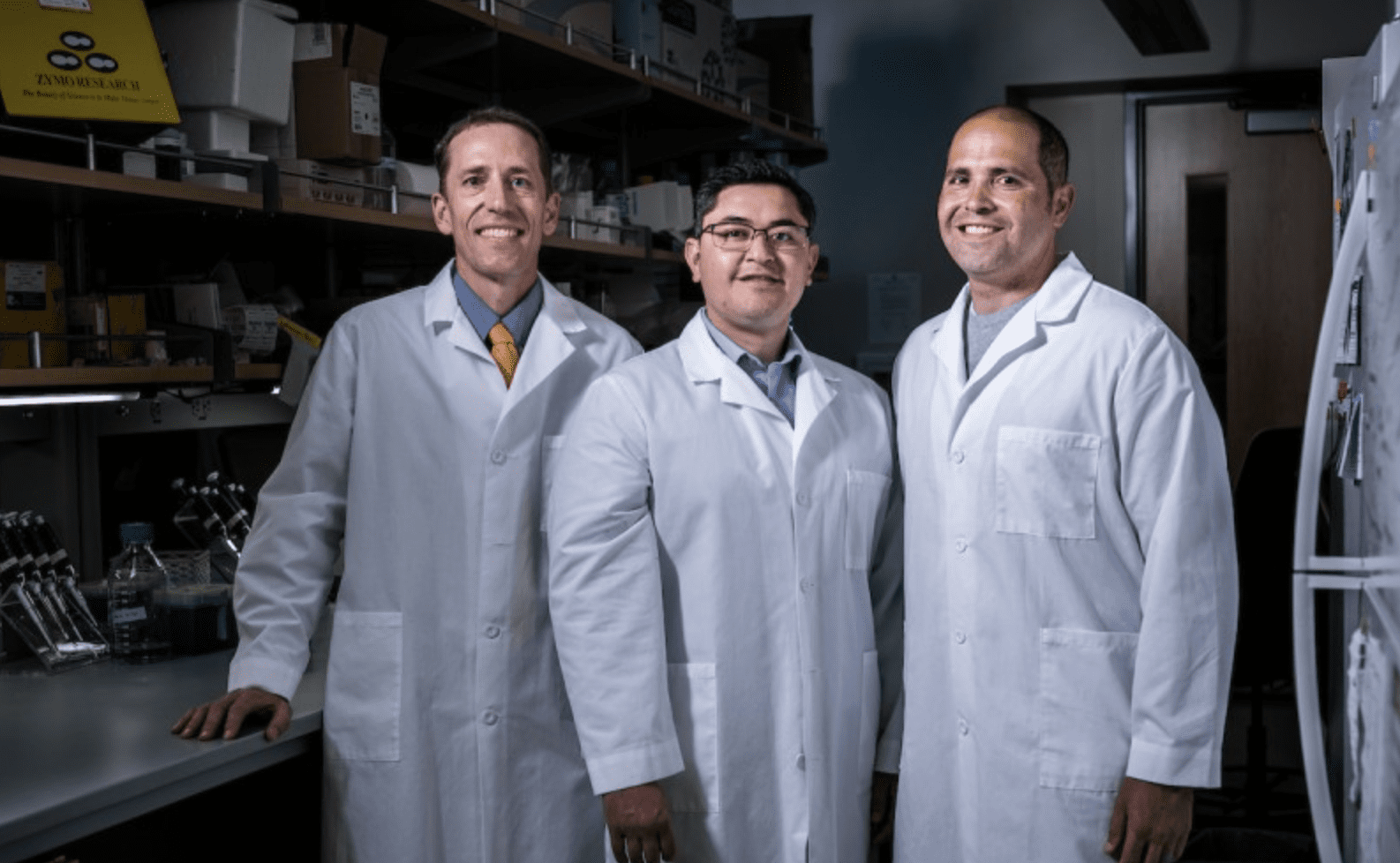 To date, scientists have identified 32 genetic mutations associated with an increased risk of Alzheimer’s disease, with BYU contributing to many of those discoveries. Finding those links is important foundational research, but it has been extremely challenging to figure out exactly how these genetic variants affect human biology and actually change risk for disease.

A new interdisciplinary study published in Nature Scientific Reports authored by five BYU professors and five BYU students has done just that, discovering in the lab the specific differences caused by a gene mutation linked to Alzheimer’s. The study represents a massive step closer to the development of more effective treatments for patients diagnosed with the neurodegenerative illness.

“This started as a shot in the dark,” said lead author Scott Weber, BYU professor of microbiology and molecular biology. “There are lots of people that ID genes associated with a phenotype, but they have not successfully characterized how they function at the molecular level. It’s pretty awesome to see that this project worked so well.”

The study took years to execute, with first author and recent BYU Ph.D. grad Josue Gonzalez working under the tutelage of both Weber — whose expertise is in molecular immunology — and fellow senior author John “Keoni” Kauwe, an expert in genetics and Alzheimer’s Disease. Gonzalez carried out the bulk of the technical and complicated lab work, which built on years of science and previous studies.

Studies have shown that increased levels of a certain “cytokine” protein found in the brain and spinal fluid is associated with a higher risk of Alzheimer’s disease. This protein, named CCL2, is important because it plays a role in recruiting immune cells to sites of neuroinflammation — the inflammatory response within the brain or spinal cord.

Levels of this CCL2 protein at the site of inflammation are altered by the way it binds to various receptors and the cells that it activates. A genomic analysis led by Kauwe identified a genetic mutation in one of these cell receptors that led to increased levels of CCL2 circulating in blood and cerebrospinal fluid.

Through a series of lab experiments, the BYU researchers found the mutated version of this “atypical chemokine receptor” is unable to bind as well to the Alzheimer’s disease-linked immune system protein, CCL2, as normal receptors do.

“We took the variant receptors in question and put them in cells to see how well they would bind to cytokines,” Weber said. “We could see there were higher levels of inflammation with the atypical chemokine receptors, which means they don’t get rid of the inflammatory cytokine as well. And as we know, higher levels of that inflammatory cytokine (CCL2) means higher risk for Alzheimer’s.”

While only a subset of patients with Alzheimer’s disease have this atypical receptor variant, this work opens up new opportunities for scientists to understand how this population is at risk for increased neuroinflammation and Alzheimer’s disease risk. And a better understanding of how this receptor works could lead to effective treatments that lower risk factors for this group.

“It was exciting to find that the mutant receptor behaved differently than the ones that we consider normal,” Gonzalez said. “These types of receptors have not been well studied and the knowledge that we have about them is limited. With this project, we have shown that these receptors can be a pathway to manage the development of diseases related with the immune system and neuroinflammation.”

BYU professors Perry Ridge (Department of Biology), Eric Wilson and Julianne Grose (both in the Department of Microbiology and Molecular Biology) also helped guide the study through the layers of bioinformatics, genetics, biochemistry and molecular biology. Kauwe said the study is one of just a few examples of careful biological characterization of the causal variant that accounts for a significant finding in a large-scale statistical genetic analysis.

“We’ve taken it from big data statistical analysis and traced it all the way back to the specific biochemical properties of the genetic variant,” Kauwe said. “We’ve spent years building the foundation with our genetics work, and now with this manuscript, we’re laying the first bricks on that foundation.”

Kauwe, who was just named the new president of BYU-Hawaii, first identified the linkage between the gene variant and Alzheimer’s risk with a genome-wide association study. Gonzalez started his research at BYU as an undergrad, has worked in both Kauwe’s lab and Weber’s lab. He is now preparing for a postdoc at the Van Andel Institute, where he will be mentored by two world renowned experts in neurodegenerative disease research, Drs. Rita Guerreiro and José Brás.

“Working with Dr. Kauwe, Dr. Weber and all of the professors on this project was a big blessing during my Ph.D. because I was able to combine their expertise and apply their knowledge towards my research and my professional growth,” Gonzalez said.