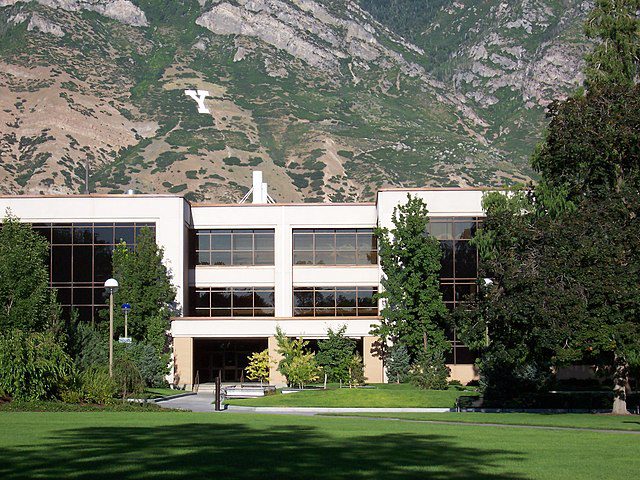 Brief Ruminations on a BYU Education

Many years ago, a friend of mine told me about the experience he was having as a postgraduate student at Queens College, Oxford.  He had graduated with honors from Brigham Young University in economics — as evidenced by the fact that he was at Oxford on a Rhodes Scholarship — and he was now studying applied econometrics.  (He later became a very famous Ivy League academic and author.  Once, when I was in Jakarta, Indonesia, I saw multiple billboards announcing that my friend would be giving a lecture there the following week.  In stark contrast, so far as I was aware there were no comparable billboards advertising my visit to the city.)

Anyway, my friend knew the nuts and bolts of contemporary mixed economies really well.  He could explain how they worked.  But he discovered fairly quickly that he wasn’t well-prepared to argue that such economies — capitalism, free markets, free enterprise — were good, that they were preferable to the standard alternatives.  At Oxford, he told me, he found himself surrounded by genuine, self-identified, and very bright Marxists and socialists, and that he felt himself ill-equipped to defend the morality of free economic markets against their very fundamental attacks.  A highly intelligent fellow, he adjusted and eventually developed better arguments to support his views.  But he felt that his BYU undergraduate education in economics, while in most respects a very good one that followed the standard American economics curriculum, had left him woefully underprepared on some of the most basic questions.

I’ve thought for many years about what he said to me, and I think that the problem extends far beyond the Department of Economics.

Let me now, though, approach the matter from another angle.  I was listening last night to remarks from a prominent Evangelical philosopher who did his undergraduate work decades ago at Wheaton College, in Illinois.  He recalled how energized he was by the goal, at Wheaton, of taking an explicitly Christian approach to philosophy, literature, political science, and the physical and natural sciences.  (Please note that Christian here doesn’t necessarily mean fundamentalist.)  I would have been, as well.  I think it’s a great project, to the extent that it’s possible.  And it reminded me of Brigham Young’s advice to Karl G. Maeser about the academy — the forerunner of BYU — that he was to lead in Provo: “You must not attempt to teach even the alphabet or the multiplication table without the Spirit of God. That is all.”

That’s not quite the same thing as Wheaton’s purported goal, but it’s plainly related and might well lead toward it.  How well is BYU doing? That’s an important question to ask.

Arthur Henry King, a Cambridge-educated British scholar who came late to the Church of Jesus Christ of Latter-day Saint and who taught for roughly a decade in the Department of English at BYU (and who was a major influence on both me and my wife [he commended me on my good fortune when we married]), thought that BYU’s English curriculum wasn’t sufficiently Latter-day Saint or Christian.  Not that he wanted it to be totally different from curricula elsewhere, but he wondered why it was virtually identical.  For example, as I recall, he wondered why English majors at BYU weren’t exposed in their classes to the sermons of Lancelot Andrewes (1555-1626), the Anglican bishop who served as an overseer of the committee that produced the King James Version of the Bible.  His writings are deeply Christian, and they’re certainly of appropriate literary quality. After all, King pointed out, Andrewes was a major influence on T. S. Eliot, who ranked his sermons with “the finest English prose of their time, of any time.”  (And I myself would add that Kurt Vonnegut — who was, to put it mildly, a very different character than Eliot! — considered Andrewes “the greatest writer in the English language.”)

Now, another angle:  A few years ago, I heard that Biola University, an Evangelical school in southern California that I used to pass fairly frequently, had a mandatory sophomore “worldview” course in which students were exposed to various -isms (e.g., Marxism, feminism, postmodernism, and so forth) and then encouraged to examine them in the light of a Christian worldview for their strengths and their weaknesses, their contributions and insights and the potential risks they might pose.

Now, I don’t know whether that Biola course still exists and I don’t don’t whether its task was well or poorly executed.  I’ve come across some good things out of Biola, but I also know that they’ve sometimes hosted lectures and symposia that targeted the Restored Church in sensationalist, unjust, and not entirely honest ways.  Still, I think that the idea of such a course is a very good one.  I envy it.  I wish that BYU had such a course.

Bottom line:  I don’t think that BYU prepares its students as well as it ideally should to deal with the hostile ideas and ideologies that will confront them when they leave Provo for graduate school or wherever else.  I wish that it did better not only in arming them against criticisms specific to the Restoration but in preparing them to resist “the philosophies of men” by helping them to recognize the weaknesses and limitations of naturalism and other rival worldviews.

But I’m old, and even more irrelevant now than I was previously.

Really loved your article and agree that our young people must be prepared so they can stand firm. In a Sunday School lesson I was teaching recently I was instructing my young teens about going on a mission. I was telling them that they can't wait to the last minute to prepare and was citing the different areas that they must learn about and practice. One of them was learning the Bible because most of the people they would encounter would have questions about that book and would probably have not read the Book of Mormon. Go prepared to face the world by learning as much as you can to stand on your beliefs. Knowledge is power.

In complete agreement. So thankful someone with clout is speaking up.