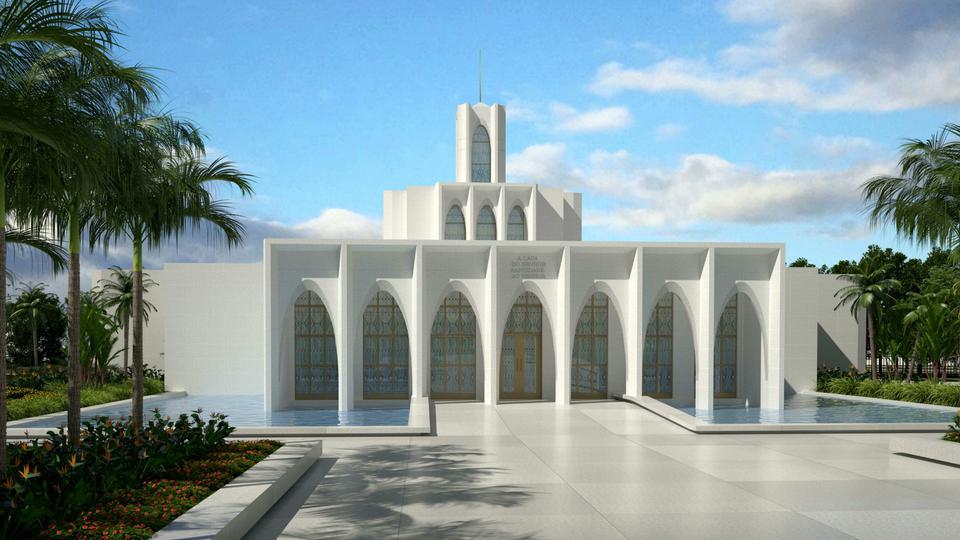 An exterior rendering has been released showing the planned design of the Brasília Brazil Temple of The Church of Jesus Christ of Latter-day Saints.

The temple was announced in April 2017 by then-Church President Thomas S. Monson. It will be built on a six-acre site at SGA/Norte Quadra 612 – Lote “C” in Brasília. Plans call for a single-story temple of approximately 25,000 square feet. Patron housing and a new meetinghouse will also be built on the site.

Project leaders have begun working with city officials on preliminary plans for the temple and have begun filing public documents. A groundbreaking date has not been set yet.

It begs for a Moroni!