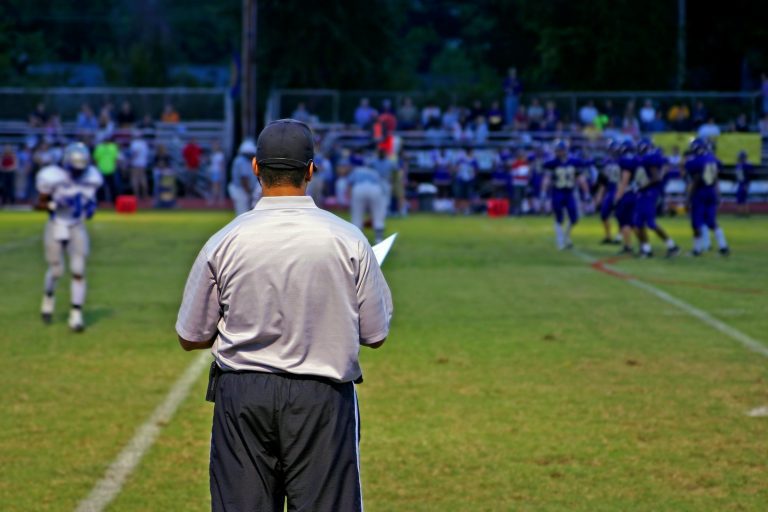 The following is a press release from Project 21.

Calling the firing of a high school football coach who prayed alone on the field after games an “overt hostility to personal religious practice,” the Project 21 black leadership network joined with former Vice President Mike Pence and other leading conservatives in asking the U.S. Supreme Court to accept a case that could help protect the freedom of public officials to practice their faith without fear of punishment.

“Personal religious expressions and practices are a normal part of most people’s lives, and are protected by our Constitution,” noted Project 21 member Donna Jackson, a seminary graduate. “The food restrictions of Jews and Muslims are based on religious principles. Does this mean a Muslim public school teacher can be fired for declining pork at a school event? Private expressions of faith aren’t what we do; they are who we are. Expecting us to distance ourselves from our beliefs not only deprives us of our rights, but also deprives us of our humanity.”

In the case of Joseph A. Kennedy v. Bremerton School District, the 9th Circuit Court of Appeals ruled against former coach Joe Kennedy, who was suspended and later fired because he had allegedly been “engag[ing] in demonstrative religious activity” while “on duty.” Coach Kennedy had prayed alone on the high school’s football field for less than a minute after games.

The lower court’s ruling was “flat wrong,” according to an amici curiae (“friends of the court”) legal brief filed in support of a petition to the U.S. Supreme Court and signed by Project 21 and nearly seventy other groups and individuals. The brief stated that it is “absurd to label an act of obvious personal gratitude and humility governmental speech that is prohibited by the Constitution,” and that Americans’ personal speech cannot violate the Constitution’s Establishment Clause “simply because the public can see them.”

“As a black man who has always been involved in sports – both as a student-athlete and a parent-coach – I can definitively say there isn’t a black person in America who wants to take away anyone’s right to pray. On the field, we pray for the safety of our players without any objections,” said Project 21 member Derrick Hollie. Hollie is the president of Reaching America, another group that has signed onto the brief. “This is just another way the left is trying to divide us as a nation and take God away from us.”

The brief further asserted that the 9th Circuit Court’s ruling, as it stands, threatens the First Amendment rights of public employees while they are at work and when they are visible to the public. It cited examples from the hypothetical to the historical to make that case – including a teacher wanting to pray before eating lunch, and President Joe Biden closing remarks on August 26, 2021 by saying: “May God bless you all and may God protect the troops and all those standing watch for America.”

The brief also asserted that the 9th Circuit misapplied the Establishment Clause meant to stop state-established religion, arguing that it was “indisputably clear” that the coach’s prayers were personal, and the school’s opposition to them confirmed he was not acting as a public official. The ruling’s assertion that publicity made this an Establishment Clause issue was erroneous, claimed the brief, because “[t]he publicity was caused by the inappropriate ban, not by Coach Kennedy.”

“Our religious freedom and freedom of speech are enshrined in the First Amendment to the U.S. Constitution, and we have had praying presidents since George Washington. So why is this coach, or any other public figure, now a threat?” asked Project 21 member and community activist Barbara From Harlem. “It makes me wonder if this would be an issue if he were chanting to an unknown god or a slogan such as ‘Black Lives Matter.’ This appears to be nothing more than a continuation of the left’s war against the Judeo-Christian principles and ethics upon which our country was founded.”

The brief concluded that, if allowed to stand, the existing ruling in the case “will impermissibly and unconstitutionally curtail or chill the private religious speech of public officials.”

“It is maddening for a court to conclude that, because a coach prays publicly, his coaching decisions are based on wanting others to follow suit and also participate in prayer. This argument unjustly impugns the integrity of Coach Kennedy and Christians everywhere,” said Project 21 member Melanie Collette, who has over 20 years of professional experience in public education. “Behind these arguments is an insidious attempt by the left to shut down the free speech of Christians and further the anti-God agenda that is so prevalent in today’s public schools. It is my fervent prayer the U.S. Supreme Court addresses this injustice by picking up this case and ruling in favor of Coach Kennedy.”  In addition to Project 21 and the groups that spearheaded the legal brief – former Vice President Pence’s Advancing American Freedom and the Young America’s Foundation – the brief was signed by lawmakers including U.S. Representatives Jody Hice, Bob Good, Jeff Duncan and Warren Davidson; former House Speaker Newt Gingrich; Dr. James C. Dobson and groups such as Alliance Defending Freedom, Eagle Forum and Life Issues Institute.