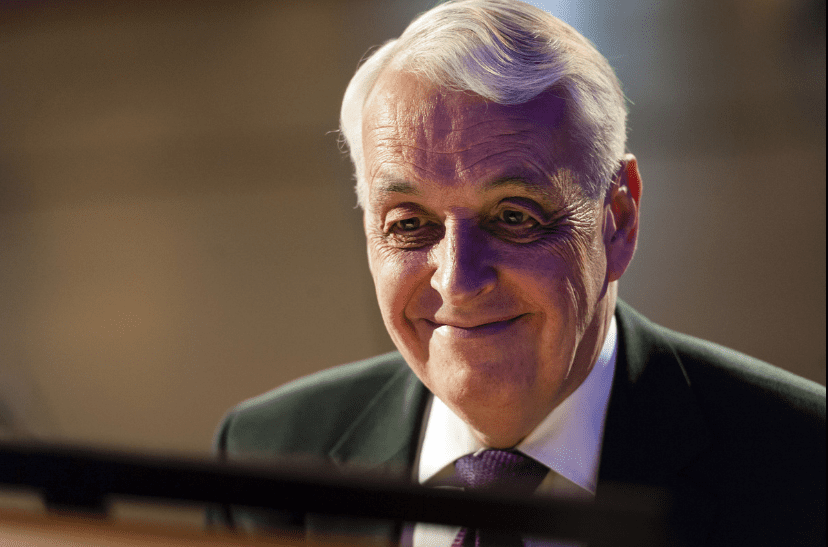 Clay Christiansen was on the verge of desperation — the kind that makes a person contemplate crazy things like trying to scale one of the gates of Temple Square.

Years in advance of his Sept. 15, 1982, appointment as one of the three Salt Lake Tabernacle organists, Christiansen had already established a frequent presence in the Tabernacle as a guest artist filling in for the principal organists on some of the daily noon recitals presented free to tourists.

Now, on this eve of Easter Sunday, he had stayed a bit too long in the historic building, rehearsing for his next recital. When he finally did leave and approached the Temple Square west gate, he was stunned to find it locked with not a soul around to open it for him.

“I knew it was a half-hour or so before I would be needed at St. Mark’s Episcopal Cathedral for a service at midnight, when all the lights come on after a long Easter vigil service that didn’t have any music in it.”

Christiansen was employed at the time as the cathedral’s organist and choirmaster.

“I’m panicking, thinking if I’m not at St. Mark’s when the Easter service starts, I’ll be in deep trouble,” he recalled in a recent interview while seated next to the Tabernacle’s organ console. “I looked up at those gates, thinking, ‘They’re a little high to scale.’ Finally, security came and let me out.”

Later, of course, at age 33, Christiansen would forsake the position at St. Mark’s to become one of the three full-time Tabernacle organists, replacing the retiring Roy Darley and joining Robert Cundick and John Longhurst.

This year, Christiansen will join those men on the roster of former Tabernacle organists when he retires at the end of April.

Also on that roster is the legendary Alexander Schreiner, a mentor of Christiansen’s.

“I was his last master’s candidate in organ performance at the University of Utah,” Christiansen said.

“Schreiner was a great inspiration,” he said. “After I began teaching, I would always leave that noon slot free, and I would come over here and sit behind him while he played his recital. Then we’d go back to the organists’ room, which is now a janitor’s closet, and chat for a while until he was through, and then we would part company. And so I had the chance not only to absorb his musical ideas through watching him but to be taught by him as well.”