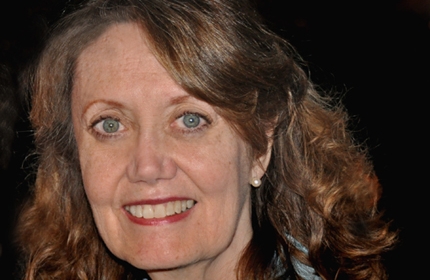 Page (Townsend) Johnson is a freelance writer, editor, and photographer in McLean, Virginia. She has a B.A. degree in Journalism from Brigham Young University, a Master’s degree in Communications from the University of Utah, and has studied publishing at Radcliffe College in Cambridge, MA. She worked as an editor for the BYU press in Provo, Utah; Hermann Hospital in Houston, Texas; and National Public Radio in both Salt Lake City, Utah, and Austin, Texas. Her monthly publication at KUT-FM won a national broadcasting award. She has also served on a Communications Board of the Corporation for Public Broadcasting and worked as a Promotion and Product Manager for the U.S. Postal Service in Washington, D.C. Although Page’s parents were southerners, she grew up moving every year with her Air Force family and later joined the Church in 1970 while attending BYU. Married to Glendon E. Johnson, Jr. (Woody), she has three married daughters and four grandchildren.
One of her favorite professional accomplishments was being a clown for KUER-FM in Salt Lake City during the Days of ’47 Parade.

The Grocery Store Race for the Last Gallon of Milk

Wouldn’t it be great if we could dipstick our physical…

163 LDS youth from the McLean Virginia Stake walked to…

Where we were and what we did when the terrorists…

Taking these words of a prophet to heart, over 300…

Alvin B. Jackson, Jr. – The Bishop is Always In

The word among the youth is that Bishop Jackson "is…

Joseph Smith in a Personal World

Personal revelation is "fundamental to personal conversion, personal decision-making, and…

Joseph Smith and the Recovery of Past Worlds

Joseph's quest took the prophet to places that no one…

Joseph Smith in His Own Time

Story and Photography by Page Johnson

Library of Congress Explores the Impact of Joseph Smith

Story and Photography by Page Johnson

Thurl Bailey: A Man as Big as His Vision of Life

The popular sports star came to a point where he…

The day Jay Bybee was confirmed by the Senate to…

Bringing All That is Good With You

Two Black Families Who Joined the Church in the South

We Are All God’s Children

Growing up in the the Bible Belt helped forge my…