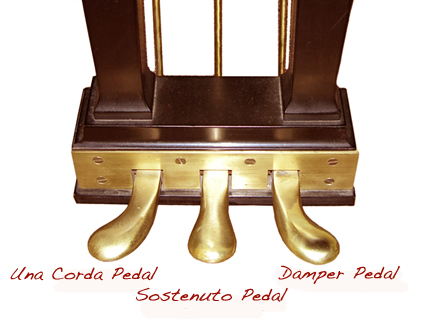 I play the piano. Not well. But well enough to play the hymns impromptu or accompany if I have some advance notice. (Like several weeks. Okay, maybe a month.)

When I was a senior in high school, my grandmother asked me to accompany our entire extended family (cousins, aunts, uncles) in singing a special musical number at their missionary farewell. The piece was called, “Here am I” and was written by my grandmother’s sister. My grandparents had been called to the Minneapolis, Minnesota mission and all of their children and grandchildren had been dutifully practicing in small circles around living room pianosin Utah, Arizona, and Idaho, belting out, “Here am I! Use me Lord!” to the robust strains of Great-Aunt Marie’s rallying chorus…that repeats. Twice.

I had been practicing too. But the accompaniment consisted mostly of chords that moved quickly up and down the keyboard, from black to white, both hands leaping and pounding. The piece was stirring but tiring to play. The flap of skin between my thumb and pinky finger was stretched weary, and I was having trouble making the chord transitions sound anything but choppy.

Then I remembered the sustain pedal and its wondrous mechanics. I began practicing with it, using it to lengthen my sound, to sustain notes that were otherwise out of my reach. It made my fingers sound smooth and fluid. In truth, it hid my mistakes.

Come performance Sunday, I was a sweaty mess. But I was counting on that sustain pedal to get me through. And it did.When the meeting was over, Aunt Marie slid her arm around my elbow and gently chided me. “You know that piece wasn’t meant to be played with the sustain pedal,” she said.She knew my skill level. She heardevery note I had missed. But she understood.

Last Sunday, I taught the lesson in Relief Society about “Sustaining Those Whom the Lord Sustains.” And I thought about Aunt Marie as I read these words from President George Albert Smith:

“We would do well if we would magnify and honor [those individuals] God has placed at our head. They are men [and women] with human frailties, they will make mistakes, but if we will be as charitable to the mistakes that they make as we are to our own failures and mistakes, we will see their virtues as we see our own” (Teachings of Presidents of the Church, George Albert Smith, p. 63).

With General Conference less than a week away, a new Bishopric in my home ward, and wonderful, yet human individuals leading the church at every level, I am finding this to be wise counsel. My job, as one willing to sustain,is to look past any imperfections, to not judge, or criticize, but to support, bear up, and to nourish through my prayers and compassion. Sustain comes from the word sustenance, and it seems both leader and follower are nurtured by commitment to this principle.

I recently read an interview with Julie Beck in which she discussed what it has been like to be under scrutiny, to stand at the pulpit, rather than her kitchen counter, where she admits she is most comfortable. She said,

“It’s never not overwhelming. I don’t think I’ve slept through a single night since I’ve had this calling. I can never take my head off and put on my resting head. I can never take these shoulders off and put on my resting shoulders. It’s always with me, but I’ve become more comfortable with how uncomfortable it is. The Atonement covers our ineffectiveness and insufficiencies, and it’s my whole dependence on the Lord that makes it possible for me to become more comfortable with the burden…The calling is lonely – it just is…There’s nowhere for me to turn except to heaven most of the time” (LDS Living March/April 2012 pg. 50-56).

The honesty in what Sister Beck words touched me. I pray regularly for our prophet. I pray for our local leaders. But I realized after reading her response, I had never prayed for the woman asked to worryover Heavenly Father’s daughters. So I began to pray for Sister Beck. And as I did, something beautiful, and humblinghappened to me. I felt empathy and love for her like I haven’t for any church leader, at any time.

I don’t mean to gloss over this principle and tell you sustaining is always easy. I know there are those who’ve been injured or hurt, and are limping along as they try to carve out a place for themselves in the church. But I firmly believe sustaining isn’t somuch about the individual(s) called as it is about our commitment to God. And he would want us to be gentle with each other.I, for one, am duly grateful when someone is willing to play the sustain pedal for me.

Catherine KeddingtonArveseth is a full-time mother of five, including two sets of twins. She blogs @ wildnprecious.com, writes for Power of Moms, and is on the prose editorial board for Segullah.