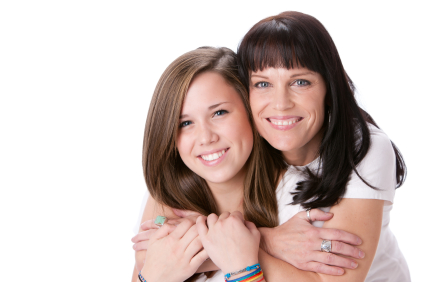 A mother says, “Alice I need you to take out the garbage.”

Alice rolls her eyes and walks away. She has obviously made up her mind not to follow the instruction.

Mother feels Alice needs some correction so she says, “Don’t you look at me like that! Your behavior is disrespectful! Get back here and take out this trash or you will not get to play with friends today.”

I could discuss the flaws in this interaction at length, but for this article I want to bring your attention to one part of the interaction; the correction.

Alice started a power struggle, mother took the bait and reacted with a power struggle of her own. Mother is right that she needs respect, but her method of going about it is all wrong.

Mother’s correction is an attack. It is a play for power which carries with it a destructive tone. The child needs to be corrected, but the tone the mother is using and the words she has chosen make it impossible for the child to learn how to behave differently next time. The mood for teaching, and opening the heart to correction is destroyed and replaced with a ‘survival of the fittest’ mentality.

A mother says, “Alice I need you to take out the garbage.”

Alice rolls her eyes and walks away. She still doesn’t want to follow instructions.

These practices are followed by praise to encourage self-government. The practice and learning time are for bonding, and focus on relationships. The tone is the greatest teacher.

This second scenario is unique because it describes what happened instead of reacts to a situation, and it focuses on changing the heart and skills of the person instead of just getting a chore done.

Let’s face it, the chores don’t really matter, the condition of the heart is what parents need to be most concerned with.

Since the mother in situation two has a teaching mentality, she is less offended, less judgmental, and more inviting. Instead of merely chastising the child, she invites her to make a change. Her tone shows love and acceptance and fills the child with hope while she is still being consistent with her family structure and using negative consequences to teach cause and effect.

The key to the effectiveness of the mother is the invitation.

Any great leader, parent, diplomat, or otherwise knows that people’s hearts change and learn when they are invited to change instead of being chastised into submission.

Both methods can be effective for getting the garbage taken out, but only the second scenario is effective in teaching a child self-government, which will bring her happiness and good relationships for life.