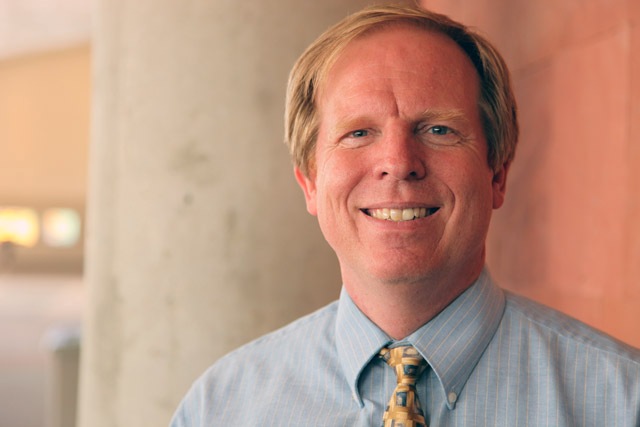 With two presidential candidates and a Broadway show riveting attention upon Mormons, articles about the faith are flooding the media.  Some of them get it right and some of them don’t, but now journalists are about to get a little help from an independent group of Latter-day Saints who plan to scour the news reports and give accurate information to correct misunderstandings.

Scott Gordon, president of FAIR, the Foundation for Apologetic Information and Research, announced at their annual conference Thursday that the organization has formed the Mormon Defense League (mdl.org) to help journalists get their stories right about the Church.

Rather than forward misinformation, journalists can check the site to understand what common misconceptions are, and, at the same time, League volunteers will alert journalists when they make mistakes.  If the false information continues, they will post their stories on the website, noting the blunders.

Gordon said that as soon as the announcement was made, he began to get calls from journalists all over the country wanting to know more.  He said that the group would seek to be helpful, not confrontational, but nevertheless be clear in correcting misinformation.

The Mormon Defense League is neither affiliated with nor endorsed by the Church, but is a group of independent volunteers who are adding to the work of FAIR.

Their announcement follows on the heels of an article in The Washington Post’s On Faith blog by Michael Otterson, director of public affairs for the Church, where he decried journalists’ use of the word “cult” to label the Church, calling it “rhetorical warfare.” He said, “Few journalists use the term themselves, of course, as an adjective of choice. The usual method is to apportion the blame for the use of this highly pejorative label to “many evangelicals” or “some Christians” as a means of explaining how these groups might choose to vote, and to point out what a liability this is for any Latter-day Saint candidate.”

Still, he said, “I have a message to political journalists who over the course of the current campaign may be tempted to throw out this nasty word with abandon. Expect to be challenged.”

FAIR burst into existence spontaneously in 1997 when Latter-day Saints, who were engaged in apologetics found each other on Internet message boards. Apologetics, of course, is a defense, and in this case specifically, a defense of the Church.   Independently these people were involved on the Internet in attempting to give good answers to the common criticisms about the Church.

Gordon said that together they decided to create a repository of well-researched and solid answers to the self-appointed critics, to share information with each other, to become better trained students of apologetics, and to learn from each other in defending the doctrine, practices and leaders of the Church.

The group has developed several websites toward this end.  Fairlds.org is the main website, featuring analyses of key issues sometimes brought against the faith. The volunteers say that it is the same issues that arise again and again—concerns about blacks and the priesthood, questions about polygamy, the origins of the Book of Mormon and more—and in some ways they are the same charges that have been brought since the Church’s founding.  There is little that is new under the sun for those who would fire against the Church.

Fairmormon.org has the FAIR wiki, a compilation of quick answers for the common questions that arise.  If you really want to find answers to your questions, that is the place to go.

FAIR has also developed a website called blacklds.org, specifically to celebrate the contributions of Blacks to The Church of Jesus Christ of Latter Saints and to their communities.  Here they say, “We hope to correct racial myths and misunderstandings that linger from critics of Mormonism as well as from Latter-day Saints themselves.

They also have what is becoming a very popular site called Mormon Scholars Testify, where Mormon academics share why they believe.

FAIR volunteers say they receive scores of thank you notes from people whose faith has become shaky when they have heard something they regard as concerning about the Church, whose questions have been alleviated by solid information.  In that sense, to this point, FAIR has had as its primary purpose giving tools to Church members that they could pass on to others.

Now the Mormon Defense League will focus primarily on the media, looking beyond the members to the narrative that is told to the public by a media that is sometimes less than informed.  Scott Gordon said that the organization will not just react to jibes about the Church, but seek to shape the conversation.