Don’t Overreact! The Power of Calm 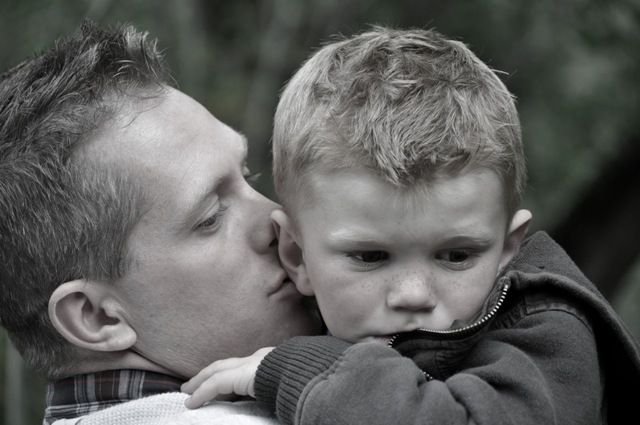 I was baking bread one day when I heard a commotion coming from downstairs. The children then came to tell me what was happening because they didn’t know where their friend was and had grown concerned. I  discovered that one of our darling little friends had broken a toy.

This little five-year-old girl had been playing with the toy when it accidentally dropped and broke. She was so worried about getting into trouble, she had run off and hidden herself–even after the other children had reassured her that it would be all right. This sweet little girl had gotten so anxious over breaking the toy she had hidden in the bathroom, then hid herself again when she was found by the other girls.

While the girls were searching for their friend, I hoped I would be able to soothe her anxiety and find out why she was so scared. That she was afraid of how I would react and unsure of how I would treat her feelings was obvious.

But during this experience all I could think was, “How is our little guest feeling and why is she so worried?” My first thought when the girls showed me the broken teapot toy was, “It’s only a thing. Our visitor is a person, and this little girl’s emotions are far more important than some old teapot.”

It would have been impossible to look down on her anxiety and be upset. People often react uncontrollably when they are afraid of what’s going to happen to them.

The girls finally located our sweet little friend and tried reading her stories and drawing pictures with her to cheer her up. She calmed slightly but was still a little upset.

I asked our little visitor to sit down with me in the next room and said, “Holly, a little while ago you accidentally broke a toy that belongs to us and then you got worried about it and felt sad that you had made a mistake and broken someone else’s toy.”

Huge tears began to roll down her face at this, and I made sure she knew she was completely safe by telling her, “I just want you to know that I don’t care about that toy as much as I care about you. It is an old toy and could easily be broken. Please know that I am not mad at you for making a mistake. It makes me happy that you love our family so much that you would be worried about breaking something that belongs to us. That means you are a really good friend. I am glad that you love our family, because we really love you too. You are one of our favorite friends.”

After this she was still crying but I think they were now tears of happiness and relief because she replied, “Thank you so much for doing this… I love you too.”

We shared a big hug and I said, “Next time you ever have a problem or make a mistake, you can come tell me and I will never be mad at you, because you are more important to me than any thing is.” Another huge hug and then off she went to play.

There’s an old expression that goes, “Don’t cry over spilled milk.” I think this saying applies to the Hollys in the world as much as it does to the parents in Holly’s world. Putting too much importance in things builds up the anxiety and stress in your child’s life as well as your own.

So don’t overreact – it never does any good.