The First Presidency of The Church of Jesus Christ of Latter-day Saints has announced that the Ogden Utah Temple will close, beginning 2 April 2011, for an extensive renovation. In February of 2010, the Church initially announced plans to remodel and architecturally change the appearance of the temple and its grounds. Following the renovation, the temple will be rededicated. Specific information about the rededication will be provided as the project nears completion. 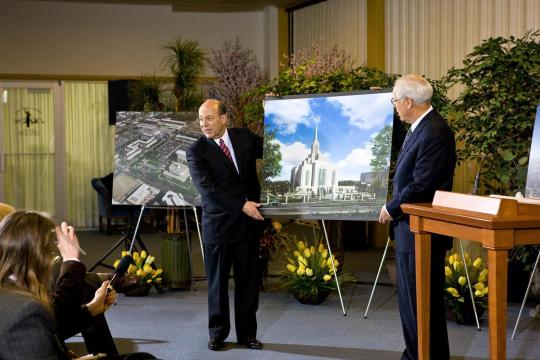