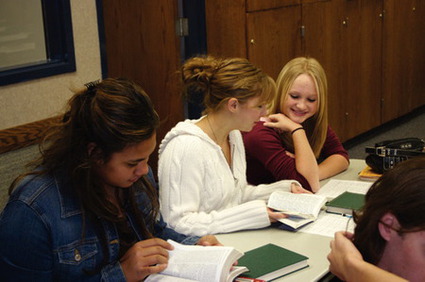 This article was written by Lyman Kirkland and appeared in the LDS Newsroom Blog.

In Kenda Creasy Dean’s new book, Almost Christian: What the Faith of Our Teenagers Is Telling the American Church, one chapter focuses on the religious dedication of teenagers of The Church of Jesus Christ of Latter-day Saints.

Throughout the book, Dean references survey results from the National Study of Youth and Religion (conducted from 2002 to 2005). The survey, given to 3,300 teenagers ages 13 to 17, provides the following insights into the lives of Mormon:

– Eighty percent of Latter-day Saint teens talk about religion with their families more than once per week.

– Seventy-three percent of Latter-day Saint teens are “significantly more likely” than other teens to hold religious views similar to that of their parents.

– Sixty-eight percent of Mormon teens fast and practice other forms of self-denial.

Dean, who is an associate professor of youth, church, and culture at Princeton Theological Seminary, says, “Mormon teenagers tend to be the ‘spiritual athletes’ of their generation, conditioning for an eternal goal with an intensity that requires sacrifice, discipline, and energy.”

Those familiar with The Church of Jesus Christ of Latter-day Saints and its youth won’t necessarily find these results surprising. Several Church initiatives aim to help teens develop a solid spiritual foundation. For example, Mormon high school-aged youth are encouraged to enroll in four years of religious education (in addition to regular schooling) known as the seminary program.

Mormon teenagers also participate in the Church Young Men and Young Women programs. As part of these programs, teens meet in classes on Sundays for religious instruction and several times during the month for social activities — including service projects, sports, camping and dances. Young men and women are also given leadership positions within the organization in which they learn to set goals, plan group activities and solve problems.

The First Presidency of the Church has also created the For the Strength of Youth pamphlet for teens. The standards in this booklet — including honesty, clean language, regular exercise and obtaining as much education as possible — encourage teens to take an active part in their religion and community, and are rooted in the teachings of Jesus Christ.

Read more about the National Study of Youth and Religion.