Irritation is an Invitation | Meridian Magazine

Irritation is an Invitation 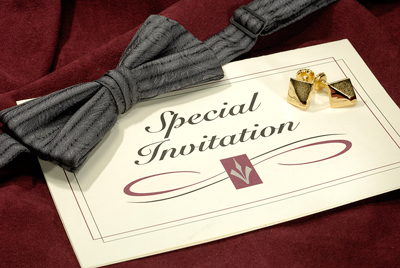 Barbara Keil contributed to this article.

I learned a lot from twelve years teaching high school at the beginning of my career. I learned about the challenges and rewards of motivating students. And I learned about my own weakness and the unique value of irritation.

Kent was one of my Algebra students. He was able to do the work but was consistently disrespectful in my classes. He rolled his eyes when I was teaching, he made sarcastic remarks, and in subtle ways, was disrespectful and dismissive. I tried hard to win his cooperation—without success. I remember the day I had finally had enough of his attitude and behavior. I calmly invited him to visit with me in the hall. When he stepped into the hall, I grabbed him by the shirt and pushed him against the lockers. I told him that he could change his attitude and show me some respect, or he could transfer to a different class. He chose to change classes.

Cory was another of my students. Cory also would roll his eyes and snort when teachers said things he thought were silly. He enjoyed goading them. For example, Cory regularly walked around the school with the telltale circle in his right rear pocket. Our school had a strict no tobacco policy so routinely a teacher would pull him aside and demand that he surrender the can of chewing tobacco in his rear pocket. He would protest that he did not have any. They would push. He would resist. When they started to get seriously irritated, he would reach in his pocket and pull out a roll of electrical tape—exactly the size of a can of chewing tobacco. He enjoyed tormenting teachers.

But Cory did not frustrate me. I had been Cory’s Scout Leader and had come to know him. I knew he had a good heart. I had gained an appreciation for his clever mind, his sense of humor, and his sensitivity to underdogs. While other teachers saw his sense of humor as disrespectful, I viewed him as creative and witty. I had also gained an understanding of Cory’s challenges in life including Cystic Fibrosis that threatened his life daily and guaranteed him a short life. Understanding his trials evoked my sympathy. In fact, I loved Cory. When his illness took his life, I was honored to pay tribute to him at his funeral.
What was the difference between Kent and Cory that caused me to chafe at one and embrace the other?

The Process of Bias

Research has discovered that we humans have numerous biases. These biases undermine our understanding of each other—while we blissfully congratulate ourselves on our objectivity.
The fundamental attribution bias suggests that we judge ourselves based on our intentions while we judge others based on their behavior. For example, we might say something rude or hurtful to someone else and excuse ourselves. We tell ourselves, “I didn’t intend to hurt anyone. It was just that I had an extremely difficult day and as a result was in a foul mood. They should understand that.” Yet, when other people say rude and hurtful things, we don’t consider their intentions or make allowances for their circumstances. We simply condemn them for being rude. You can see the hypocrisy that is woven into natural human behavior.

Another source of bias is good, old-fashioned egocentrism. We judge people based on how their behavior affects us rather than what it means to them. If their behavior inconveniences us, we judge them to be inconsiderate—even if we don’t understand why they did what they did. I like to say that people do what they do for reasons that make sense to them. When their actions don’t make sense to us, it is not necessarily because they are stupid or crazy. It is because we don’t understand them.

Imagine a woman who wants to be nice to a new co-worker and extends several invitations for her to go to lunch. But the co-worker repeatedly turns down those offers. The woman feels insulted. She decides the co-worker is aloof and maybe even feels superior to others in the office. She begins to avoid her. But if the woman knew that the new co-worker has always been extremely shy and struggles to feel comfortable in new environments, the woman might have more compassion.

In addition to egocentrism, there is another source of human irrationality: often our gut overpowers our head. For example, we may meet someone and instinctively dislike them. Maybe we disagree with their opinions or think them arrogant. If we’re not careful, the myth of pure evil will take over. We tend to exaggerate differences. We give ourselves too much credit and the other person too little credit. Soon we believe that the us’s are better than the them’s. This happens in politics, religions, and races. For example, I have heard a lot of unchristian comments about people with different political opinions in the last few years.

Once we form an opinion, confirmation bias solidifies our position. We discount and dismiss data that challenges our perception. We catalog and cherish those data points that support our prejudice.

There is still another enemy to objective or charitable perceiving: memory. Without realizing it, we shape our memories of events to align with our conclusions about people and events. “Now, between the conscious lie to fool others and unconscious self justification to fool ourselves lies a fascinating gray area, patrolled by that unreliable, self-serving historian–memory. Memories are often pruned and shaped by an ego-enhancing bias that blurs the edges of past events, softens culpability, and distorts what really happened” (Tavris & Aronson, p. 6). It is no wonder that people argue at family reunions about what really happened in childhood. Not only have we perceived things differently, we have systematically pruned recollections to the shape we like.

It seems truly fair to say that the natural mind is an enemy to objectivity and charity.

We are lastingly trapped in our narrow ways of thinking—unless we surrender our minds and hearts to God, unless we experienced a mighty change in our hearts (Alma 5:14). The Gospel of Jesus Christ prescribes two processes to help us break free of our faulty perceptual systems.

First, we need humility. We remember that our needs are not the center of the universe and our perspectives are not always right. We choose to be open to each other and different views of the world.
And second, we have compassion. We get beyond honoring our own needs and have compassion on the challenges, intentions, pains, and dreams of others. Instead of privileging our needs, we respond to the needs of other people.

The Invitation to Act Differently

So what was the key difference between Kent and Cory? Was it that one had strengths to offer and the other did not? Was one inherently good and other inherently a lesser soul?

No. The difference was the condition of my heart. I was willing to try to understand and appreciate Cory. I understood his impertinence in the context of his struggles. And I came to love him. In stark contrast, I made Kent into an enemy. I allowed bias and misunderstanding to block humility and compassion.
The result was that my relationship with Cory greatly enriched my life. I’m still blessed by memories of that little man.

I don’t know how a relationship with Kent might have enriched my life because I never gave him that opportunity. I also do not know how I might have served and blessed Kent. If my heart had been different perhaps I might have been open to his life, his story, his needs. I might have been an uplifting influence in a life that was undoubtedly burdened with many difficulties.

Ye have heard that it hath been said, Thou shalt love the people who are like you and agree with your viewpoint, and hate others.
But I say unto you, Love your enemies, bless them that disagree with you, do good to those who are different from you, and pray for them which despitefully use you, and persecute you; (Matthew 5: 43-44)

God is inviting us to be like Him. When we feel irritated by any person, that feeling is an invitation to be changed by God. It is a message from heaven that we are about to transgress the fundamental law of God if we do not activate humility and compassion.

This applies on the highway, in the neighborhood, at church, and in our own homes.

Does someone make you crazy? Who are you irritated with? Will you accept the invitation to change your heart? The Savior stands ready to show us the way every time we turn to Him.