2010 has been a weak year for movies. True, there have been some amusing entertainments, but January through June presented not one truly intelligent, innovative, and emotionally engaging work (I’ve yet to see How To Train Your Dragon, but I hear that comes close). Kick-starting the film-lover’s enthusiasm is the one-two punch of Pixar’s Toy Story 3 and Christopher Nolan’s Inception. Both Pixar the company (Finding Nemo, The Incredibles, Ratatouille, Up) and Nolan the director (Memento, Batman Begins, The Prestige, The Dark Knight) represent a consistency in high-quality and original pop-culture filmmaking the likes of which has not been seen since the golden era of Steven Spielberg and George Lucas in the late 70’s and the 80’s, with films such as Jaws, Star Wars, E.T., and Indiana Jones. With theatres offering week after week of empty fluff, the people who somehow made cartoons and superhero movies into Oscar-worthy, exemplary cinema are once again here to show the rest of Hollywood how it’s done. 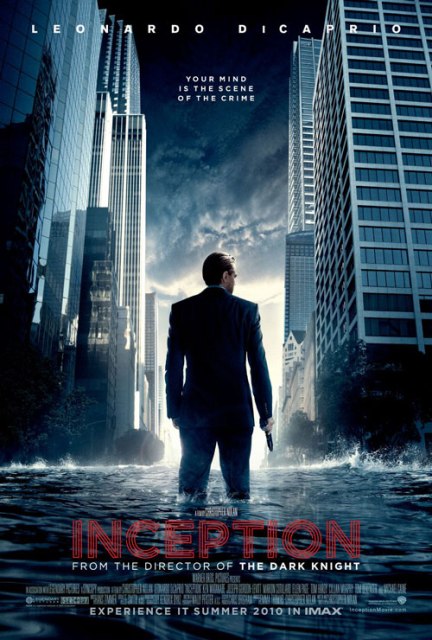 Striking a truly impressive balance between engaging the mind, the heart, and the heart rate, Inception is the first movie since The Dark Knight that I wanted to see again the very next day (no coincidence since they were made by the same person). It has been said that Hollywood relies too much on special effects to cover lazy storytelling; not so with Inception, where truly stunning visuals only supplement what you’ll really be talking about: the story, what it means, how it moved you, and how shockingly original it is. I’ve never seen anything like it, either in concept or in narrative structure. Neither have I attended, in a long time, a film that gave my brain such a workout.

This is a movie that expects you to pay attention and make connections. Leonardo DiCaprio gives a heartbreaking performance, leading a cast of top-notch actors playing interesting characters in a film that appears to be a science-fiction action/heist caper (a rather unique concept in itself), but is actually about guilt, the desire for redemption, and the raw power of simple ideas. Director Christopher Nolan, as he did with Batman Begins and The Dark Knight, takes something fantastic and paints it in realistic tones. This is what unbridled imagination, combined with intelligence, emotion, and talent looks like on film. It is mentally and emotionally challenging. It also has some terrific action (including a physics-bending fight sequence that is jaw-dropping) and is very creative in its use of cinematography, editing, and music. Though comparatively light on language, with no sexual material and action violence where physical harm is not what’s at stake (you’ll understand when you see it), Inception is nonetheless not recommended for anyone younger than teens due to its complexity and intense subject matter. 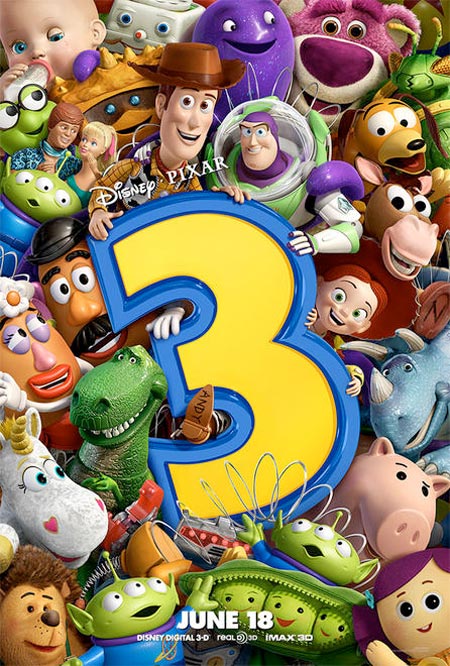 While there’s plenty to say about this third (and apparently final) film in the groundbreaking Toy Story series, if you at all enjoy movies, you’ve likely seen it or are planning to see it. Toy Story 3 continues the franchise’s tradition of telling stories that tap into the sense of wonder and imagination in adults and children alike. Like all of Pixar’s movies, the characters, comedy, and storytelling brim with more ingenuity, wit, and heart than nearly anything else on the market. They don’t just make great children’s films or great family films, they make great films, period. Like last year’s Up, Toy Story 3 explores poignant themes of aging and mortality while wowing audiences with thrilling adventure and humor that puts competitors to shame. It is as charming as the first two films, with the advantage of ten years’ advancement in computer animation and a screenplay that is truly touching. Highly recommended for the whole family (except the youngest of children; our heroes are put in grave peril, which may frighten or disturb them).