Someone in this Ward Has Got to Care | Meridian Magazine 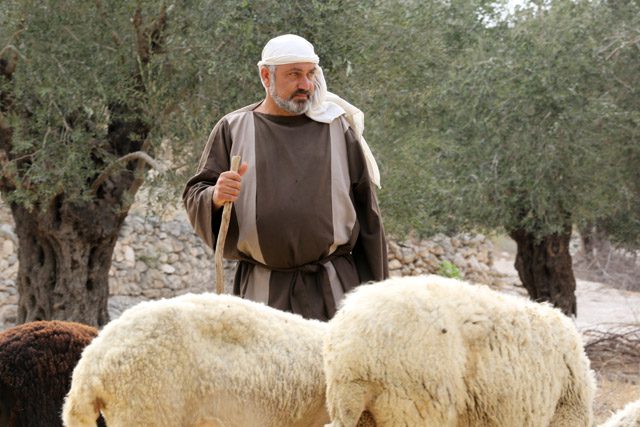 Someone in this Ward Has Got to Care

I went by assignment recently to visit a new home teaching family. As I sat in the living room with the father and his wife and one of his sons, he said to me, “This is the first home-teaching visit we have had in eight years.”

I felt honest grief for the family. They are great, faithful people, but their oldest son, who is 22, never attends church and shows no interest in the gospel and its principles. How might things have been different if perceptive and caring priesthood holders had been in the home regularly to bless and assist that boy and his family?

Thinking about that question reminded me an experience from almost fifty years ago.

My mission president travelled one morning to a city in our mission to speak to the missionaries there. Nothing worthwhile was getting done. Most of the missionaries were playing. Few were teaching. None were baptizing, except a brand new elder in the community who left his indifferent companion each day and went to proselyte with a 12-year-old boy from the branch.

I also spoke to them of the words of the Savior in John 10. He speaks of shepherds and hirelings.

The hireling, he says, flees when the wolf comes, because he “careth not for the sheep.” In this same chapter, as the Lord explains why we must care, he speaks not only of wolves, but of robbers, thieves, and strangers, who try to get to the sheep. I told the ward members that I knew from hundreds of interviews that there were wolves, robbers, thieves, and strangers threatening the sheep of the ward. I wondered if those who were to care for the flock were shepherds or hirelings. Did they abandon the sheep at times of inconvenience, or danger, or difficulty, or did they stand firm and steadfast to protect them? Were they on the job or were they on the run? Were they hirelings or shepherds?

I told them of a trip I made from North Carolina to Washington DC to play rugby against George Washington University on the lawn in front of the Capitol Building. We had two couples and five children under the age of five in our station wagon. We spent a lot of hours in the car both ways, interrupted by a night in a DC area motel.

By the time we got home, the car was a toxic waste dump, and deserved an investment of federal funds. The combination of kids, adults, and lots of finger food had turned the vehicle into a candidate for disaster relief. Near home, the other husband said, “I’ll come over tomorrow and help you clean out this car.” It was a nice sentiment–the sort of thing one says in a filthy car near the end of a long trip—but not the kind of thing to be taken very seriously. Still, it was nice of him to say something. However, the next day I was delayed at work and when I got home late, I found the car spotless, inside and out. I called my fellow-traveler. “Why did you do that?” I wanted to know. His answer? “I said I would.”

The messages of John 10 suggest a different kind of report than “My home teaching is done.” What if our report were a monthly declaration like this: “The sheep assigned to my care are safe from wolves and thieves and robbers and strangers.” Or, if they are not safe, then this: “I have extended an invitation for action to the leadership of my quorum and ward and have suggested activities that might be needed to maximize their safety.

Consider the message of the following verses: They speak eloquently to those who fail to care for their assigned families for any reason.

“If thou faint in the day of adversity, thy strength is small. If thou forbear to deliver them that are drawn unto death, and those that are ready to be slain; If thou sayest, Behold, we knew it not . . .” (Proverbs 24:10-12).

The conclusion of verse 12 is a solemn warning for hirelings: “doth not he that pondereth the heart consider it? and he that keepeth thy soul, doth not he know it? and shall not he render to every man according to his works?”

God knows our hearts and keeps our souls, and he is certainly making a record of our labors in this matter. We ought to learn to care more than we do if we don’t care enough. The Lord knows our excuses and our opportunities, and “shall not he render to every man according to his works?”

In the parable of the lost sheep in Luke 15, the Lord said,

“What man of you, having an hundred sheep, if he lose one of them, doth not leave the ninety and nine in the wilderness, and go after that which is lost, until he find it?” (Luke 15:4, emphasis added).

A shepherd must never say, “Well, at least I tried. I made two phone calls and drove by the house on the way home from work a couple of times. I couldn’t find the family at home. The shepherd in the parable goes after “that which is lost, until he find it.”

Likewise, the woman with ten silver coins, “if she lose one piece, doth . . . light a candle, and sweep the house, and seek diligently till she find it?” (Luke 15:8, emphasis added).

All of this reminds me that Abinadi went back again to testify to King Noah and his people, and Alma went back again to warn the people of Ammonihah, and Samuel returned again to the walls of Zarahemla to give a final warning. These men and no doubt others send a solemn warning and a stirring example across the years to us: go back again. And again.

The proprietor of Dick’s Café in St. George, Utah . . . Dick Hammer came to Utah during the Depression years with the Civilian Conservation Corps. During that period, he met and married a Latter‑day Saint young woman. He opened his café, which became a popular meeting spot. Home teacher to the Hammer family was Willard Milne. Since I knew Dick Hammer and had printed his menus, I would ask my friend Brother Milne when I visited St. George, “How is our friend Dick Hammer coming?”

The reply would generally be, “Slowly.”

The years passed by, and just a year or two ago Willard said to me: ‘Brother Monson, Dick Hammer is converted and is going to be baptized. He is in his 90th year, and we have been friends all our adult lives. His decision warms my heart. I’ve been his home teacher for many years–perhaps 15 years.’”

“Brother Hammer was indeed baptized and a year later entered that beautiful St. George Temple and there received his endowment and sealing blessings.

“I asked Willard, ‘Did you ever become discouraged teaching for such a long time?’

Some who are here will remember the story President Romney used to tell about the so‑called home teacher who once went to the Romney home on a cold night. He kept his hat in his hand and shifted nervously when invited to sit down and give his message. “Well, I’ll tell you, Brother Romney,’ he responded. ‘It’s cold outside, and I left my car engine running so it wouldn’t stop. I just came by so I could tell the bishop I made my calls.”

Brother Romney, after relating this experience in a meeting of priesthood holders, then said, “We can do better than that, brethren–much better!”(Thomas S. Monson,AHome TeachingCa Divine Service,@ Ensign, Nov. 1997,47).

I love the story about Fernando Araujo, a great priesthood leader who was a shepherd, and who cared.

“As a member of the branch presidency in Fortaleza, Brazil, Brother [José de Souza] Marques with the other priesthood leaders developed a plan to reactivate those who were less active in his branch. One of those who was less active was a young man by the name of Fernando Araujo. Recently I spoke to Fernando, and he told me of his experience:

“’I became involved in surfing competitions on Sunday mornings and stopped going to my Church meetings. One Sunday morning Brother Marques knocked on my door and asked my nonmember mother if he could talk to me. When she told him I was sleeping, he asked permission to wake me. He said to me, ‘Fernando, you are late for church!’ Not listening to my excuses, he took me to church.

“’The next Sunday the same thing happened, so on the third Sunday I decided to leave early to avoid him. As I opened the gate I found him sitting on his car, reading the scriptures. When he saw me he said, ‘Good! You are up early. Today we will go and find another young man!’ I appealed to my agency, but he said, ‘We can talk about that later.’

“’After eight Sundays I could not get rid of him, so I decided to sleep at a friend’s house. I was at the beach the next morning when I saw a man dressed in a suit and tie walking towards me. When I saw that it was Brother Marques, I ran into the water. All of a sudden, I felt someone’s hand on my shoulder. It was Brother Marques, in water up to his chest! He took me by the hand and said, ‘You are late! Let’s go.’ When I argued that I didn’t have any clothes to wear, he replied, ‘They are in the car.’

“Following his reactivation, Brother Araujo went on a full‑time mission and has served as bishop, stake president, mission president, and regional representative. His widowed mother, three sisters, and several cousins have also entered the waters of baptism” (Elder Mervyn B. Arnold: “Strengthen Thy Brethren,” CR, April 2004).

I suspect that almost all of us can do better, if we will care enough about the danger of wolves, robbers, thieves, and strangers to get our pants wet.

As my Mission President suggested so long ago, “We have got to care.”

Many thanks for your inspiring article. I am motivated to be a better home teacher than I have been.