Mormonism in the News: Getting it Right--August 2014 | Meridian Magazine

Mormonism in the News: Getting it Right–August 2014

This “Getting It Right” includes a three-part series from a journalist in Washington state about the everyday lives of Mormon missionaries and an article about Church growth in Alaska. 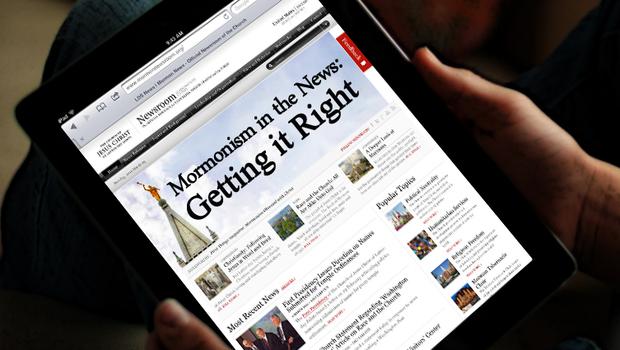 Reporter Eric Mandel tags along with two female Mormon missionaries for a day to provide an in-depth look at their everyday experiences. In his three-part series, Mandel joins the missionaries as they chat with people on the street and sits in as they enter homes of local Latter-day Saints and others interested in their message.

Mandel describes missions as “not all fun and leisure time.” Missionaries are up at 6:30 a.m. and in bed by 10:30 p.m., they follow the health code given to all Church members known as the “Word of Wisdom,” and they give up all entertainment not associated with missionary service.

Yet “despite these restrictions, missionary work is as popular as ever,” Mandel notes, “with more than 83,000 missionaries [the number is now closer to 86,000] serving throughout the world at any given time.”

One man the missionaries greet on the street, though not agreeing with everything they say, applauds them for their pluck. “The courage you have is phenomenal,” he tells them. “You’re out there. You’re the leader of the pack. Keep up the good work.”

“I’ll be honest,” Mandel writes. “I kept waiting all day for something, I don’t know, weird’ to happen. But nothing ever did.”

Juneau Empire: Church Growth and Respect for the Diversity of Faiths

“One of our latter-day prophets, Joseph Smith Jr., taught that a religion that does not require sacrifice of all earthly things never has power sufficient to produce the faith necessary unto life and salvation,'” he says. “I think that this is one reason why active membership continues to grow in the LDS church we require much of our members and they, through obedience to God’s commandments and through serving one another, enjoy a growth of faith.”

He also tells Griffiths that the Church does not compete with other denominations. “As a church, we honor those of all denominations who live their faith,” he says.