Mormonism in the News: Getting it Right | Meridian Magazine

Mormonism in the News: Getting it Right 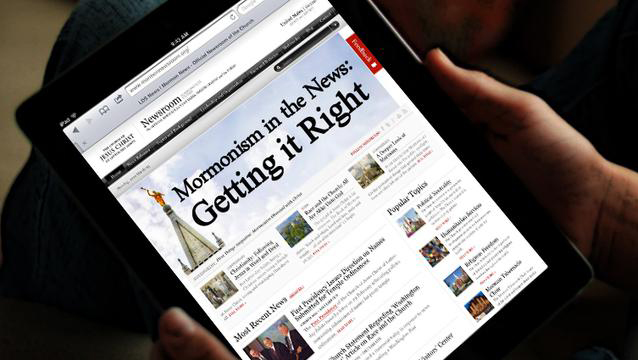 In a recent editorial, The Salt Lake Tribune quotes a new report that shows that The Church of Jesus Christ of Latter-day Saints concern for and investment in a strong and vibrant downtown Salt Lake City is bearing fruit. The 2014 State of Downtown document shows record sales downtown in 2013, and thats thanks in large part to City Creek Center, which the Church helped fund and design.

“In the middle of the Great Recession when virtually no one in the country was willing to invest in a large retail shopping center, let alone one in an urban core leadership at the LDS Church pushed ahead with what they knew would be not only a grand entry to their own headquarters but also a key catalyst of the most important center of commerce in Utah,” a Salt Lake Tribune editorial says. “It was a commitment that is hard to overstate.”

At the City Creek Centers ribbon-cutting ceremony in March 2012, Henry B. Eyring of the Churchs First Presidency noted that “everything we see around us is evidence of the longstanding commitment of The Church of Jesus Christ of Latter-day Saints to Salt Lake City. The Churchs unwavering commitment to this community is enduringly expressed in the resources provided to renew and revitalize here in the heart of the city.”

City Creeks positive effects have been felt beyond sales. At its construction peak in the fall of 2009, more than 300 contractors, subcontractors, suppliers and consultants were part of a force of more than 1,700 workers who helped complete the project. And City Creek currently employs 2,000 people.

Read the full story at sltrib.com.

This story from the Tampa Bay Tribunes Michelle Bearden features female Mormon missionaries serving in the Tampa Bay, Florida, area. Since the Churchs October 2012 announcement to lower minimum age requirements for missionaries to 18 for men and 19 for women, many more women now serve.

Bearden describes various benefits of missionary work for some of those serving in the Florida Tampa Mission, including “self-confidence, independence, an ability to speak Spanish fluently, the skills to balance a meager budget, self-discipline, a deeper spirituality.”

“This sets them up for such incredible things, way beyond what a college degree can do,” mission president Mark Cusick tells Bearden. “The experience they get in the field is off the charts. When its over, theyll have communication skills that will help them succeed at whatever they pursue.”

Read the full story at tbo.com.