Pew Study: How do Americans Feel About Religious Groups? 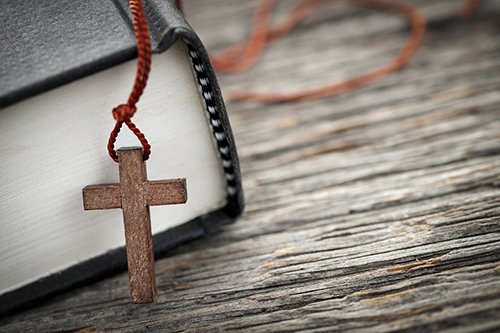 Washington, July 16, 2014 Jews, Catholics and evangelical Christians are all viewed warmly by the American public, according to a new national Pew Research Center survey. When asked to rate each group on a “feeling thermometer” ranging from 0 to 100 where 0 reflects the coldest, most negative possible rating and 100 the warmest, most positive rating all three groups receive an average rating of 60 or higher (63 for Jews, 62 for Catholics and 61 for evangelical Christians). And 44% of the public rates all three groups in the warmest part of the scale (67 or higher).

Buddhists, Hindus and Mormons each receive neutral ratings on average, ranging from 48 for Mormons to 53 for Buddhists. The public views atheists and Muslims more coldly; atheists receive an average rating of 41, and Muslims an average rating of 40. Fully 41% of the public rates Muslims in the coldest part of the thermometer scale (33 or below), and 40% rate atheists in the coldest part of the scale.

These are among the key findings from a Pew Research Center survey conducted May 30-June 30, 2014, among a national sample of 3,217 adults who are part of the centers American Trends Panel, a nationally representative panel of randomly selected U.S. adults. The new report provides detailed breakdowns by key demographics, religious affiliation and political leanings of how Americans view specific religious groups.

Among the surveys findings:

Atheists give evangelical Christians a “cold” rating of 28, on average. Atheists give largely positive ratings to several non-Christian religious groups, including Buddhists (who receive an average rating of 69 from atheists), Jews (61) and Hindus (58). Atheists tend to give much cooler ratings to Muslims and the Christian groups asked about in the survey.

Jews are rated most positively by whites; evangelicals and Muslims are viewed more favorably by blacks than whites. Jews receive their most positive ratings from whites, who give them an average rating of 66. Jews also are rated favorably by blacks and Hispanics (with each group giving Jews an average rating of 58). Evangelicals also are rated positively by all three groups; their highest average rating comes from blacks (68). Muslims receive a neutral rating from blacks (49 on average); they are rated more negatively by other groups. These views may be a reflection of the racial and ethnic composition of religious groups.

Evangelicals are rated more positively by Republicans than Democrats. Most non-Christian groups are viewed more favorably by Democrats than Republicans. Republicans and those who lean toward the Republican Party rate evangelicals very positively (71 on average). They also express warm feelings toward Jews (67 on average) and Catholics (66). Democrats and Democratic leaners express warm feelings toward Jews (average rating of 62) and Catholics (61). Buddhists also are rated favorably (57 on average) by Democrats.

The full survey report, “How Americans Feel About Religious Groups,” is available on the website of the Pew Research Centers Religion & Public Life