America’s history is full of heroes and important moments. It’s also rich with God’s blessings as it was saved for these latter days. Here are some books about our great country and some of the events and people that helped shape it into what it is today. 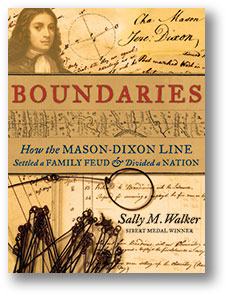 Boundaries: How the Mason-Dixon Line Settled a Family Feud & Divided a Nation, by Sally M. Walker, is an insightful book full of historical maps, photos, documents and artifacts. Ages 10 through adult will learn how Maryland and Pennsylvania settled their borders and how it affected the country through the late 1700’s and beyond. Many of the colonies around that time period were formed by the rivers that surrounded them. But that was not the case with these two states. The Calvert and Penn families originated in both states and could not settle on a boundary. That’s when a commission hired two Englishmen, Mason and Dixon, to set the boundary. The various skills they used make this book a fascinating read with facts and information rich with science and math. And the history behind, and beyond, the effects of this boundary make this an exceptional read!

Blazing West: The Journal of Augustus Pelletier (The Lewis and Clark Expedition, 1804), by Kathryn Lasky, is written in journal fashion and takes a historical fiction approach. Gus Pelletier was half French and half Omaha Indian and ended up traveling with the expedition after following them for some time until he felt sure he would be hired. At fourteen years of age, he had little experience and little to offer Lewis and Clark, but eventually they saw that he could help in many ways, especially due to his mixed heritage. I found the epilogue and author’s notes, along with photos and maps, in the back of the book most interesting. This paperback is good for ages 9 and up. 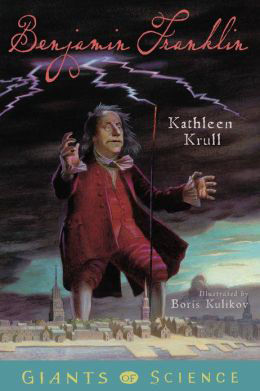 Benjamin Franklin, by Kathleen Krull, and sprinkled with great black and white etchings by Boris Kulikov, is part of a series called “Giants of Science”. Even though Benjamin Franklin was best known as a Founding Father, he liked to think of himself as a “natural philosopher” which was the term used for scientists back in the 1700’s. This book nicely demonstrates some of his brilliant experiments that led to great discoveries, which include electricity. This newly published book will become available on August 7 and is good for ages 9 through 12.

Voices from the Oregon Trail, by Kay Winters, and illustrated by Larry Day, is a picture book that beautifully captures the essence of the Old West by using pencil, pen and ink with watercolor and gouache on watercolor paper. There are fifteen members of a wagon train that reflect on each of their experiences as they traveled from Independence, Missouri to Oregon City. Through reading each of their voices, you begin to understand their trials, challenges, hopes and fears as they express them individually. There is also a fascinating Author’s Notes section found at the back of the book. Be sure to check out the end-pages. This book is best suited for ages 7 to 12.

Staking a Claim: The Journal of Wong Ming-Chung (A Chinese Miner, California, 1852), by Laurence Yep, is a terrific account of the American Dream: opportunities that await anyone who is willing to work hard and smart to achieve success. The year is 1852 and the California Gold Rush has been drawing in foreigners from all over the world. Ten-year-old Wong has just escaped from a dangerous voyage to America, leaving behind the famine and war in China. But he finds that looking for gold in mud and dirt is a grueling job and when he happens to find flecks of gold, he either has to pay high taxes or have it be stolen. However, he doesn’t give up and works hard to reach his dream. The book is written in journal style and there are some very interesting facts, photos and maps in the historical notes found at the back. This book is best suited for ages 10 and older.

Founding Mothers: Remembering the Ladies, by Cokie Roberts, and wonderfully illustrated with what looks like ink and watercolor by Diane Goode, celebrates ten great and somewhat unknown women due to their extraordinary accomplishments during the birth of our nation. There’s Catharine Littlefield Greene who worked with Eli Whitney on the cotton gin and Phillis Wheatley who wrote exhilarating poems of freedom. The amount of information on each of these women’s biographies, as well as the perfectly placed drawings, are appropriate for ages 9 through adult making for interesting reading. I especially enjoyed the amazing end-pages.

Blast to the Past: Lincoln’s Legacy and Bell’s Breakthrough, both paperback books by Stacia Deutsch and Rhody Cohon, take readers, ages 7 to 10, back to the past in a time travel adventure when four third graders travel back in each book to help the protagonist take the appropriate challenges to become heroes in history. Bell’s Breakthrough is about Alexander Graham Bell and the invention of the telephone. 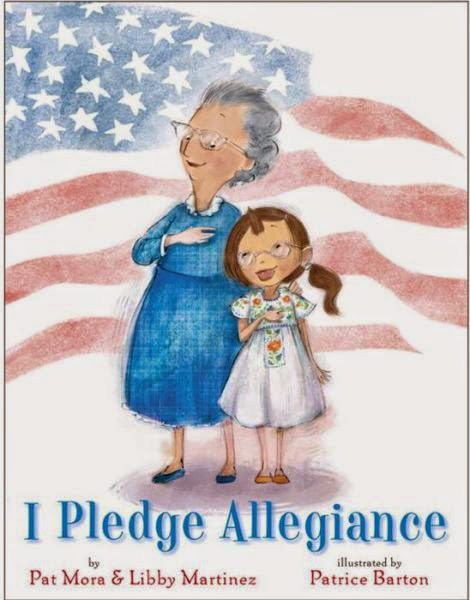 I Pledge Allegiance, by Pat Mora and Libby Martinez, and with pencil sketches painted digitally by Patrice Barton, is a touching story celebrating immigrants who legally came to America. Libby’s great aunt, Lobo, is about to become an American citizen and is practicing the Pledge of Allegiance. Libby is also learning the Pledge so she can to lead her class. So they decide to practice together and during these times, they share heartfelt stories. You’ll find the complete Pledge on both front and back inside pages.