Missionary Moment: I Don’t Want You to Go to that Church! 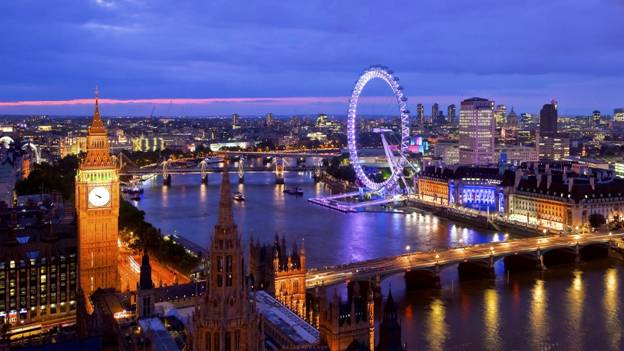 I attended a popular church in Telford, England, just north of London. Usually I would take my two sons with me but on this particular Sunday I was on my own. Walking home after the service along the beautiful country lanes, I stopped and leaned on a fence looking into a colorful field. I was pondering about religion and I said out loud, “Why don’t I feel anything when I’m in that Church?” I then heard a voice reply back softly to me, “I don’t want you to go to that church.” I felt no fear at the voice and finished my walk home. I did not go to the church again (which caused me problems where I worked.  My supervisor was the church bell ringer. She became angry at me for not attending anymore!)

A couple of weeks went by and I took my boys to school, returned home and got out the vacuum cleaner. I sat down thinking, “What can I do about a church?” Immediately there was a knock on my front door.  Two young men stood there.  One said, “We have a brief message about Jesus Christ.”  I saw they had a bright light around them and I said, “I know, I’ve been waiting for you. You have come to bring me the truth. Please come in.” I was not at all in the habit of inviting strangers into my home! But these two were definitely different!  I knew they were messengers from God.

They came in and we talked about their gospel message.  Everything they said sounded so familiar, as if it was something I already knew but had somehow forgotten. They were very excited, which made no sense to me at that time. About then I had to leave for work.  An appointment was made for an evening when my husband Peter would be home from work.

Back then you had to pay for a Book of Mormon.   This caused my husband to decide on his return home that evening that they were book salesmen! He was afraid they would return with other books to sell us! However I knew what I had felt.  The message of the restored gospel was true. My neighbors said I was crazy to let them in. My older sister wrote me saying she would never speak to me again if I joined. My mom was also pretty mad at me. But how could I deny what I KNEW to be true?

One night after praying what we should do, my husband had a dream in which a heavenly messenger said to him: “Peter, I need you to work for me in this area. Will you do that?” Peter said, “Yes,” and woke up knowing without any doubt the Church was true. So we were able to be baptized at the same time! It was so wonderful. We were baptized by Elder Gary L. Bengtzen and Elder Karl W. Weber both of Utah, Sept. 22, 1966, at the Newcastle-under Lyme Staffordshire chapel. It was located about 35 miles away since there was no local chapel at that time in our town. Now we have two chapels in our area!

My husband eventually served in four Bishoprics. It’s been a roller coaster ride but I would hate to have missed it! I have served in various church callings, including being the first Stake Primary President for the Newcastle -under Lyme Stake. Serving the Lord is such an honor, regardless of the position. I am constantly amazed that He would trust us so much!

Wonderful! You were open to listening to the Spirit, and you heard a personal message to you from the Holy Ghost, a member of the Godhead. Many people even reject that . It is a very choice person who will listen and hear the spirit speak to them and will follow it. I am so glad you found the gospel of Jesus Christ.

My grandmother was Scholes--her father was from Leeds and joined the Church in 1880 and emigrated to America. I just wonder if there is a relationship! Great missionary Moment!