Abraham Lincoln is one of my heroes. I enjoy his humor. On one occasion Lincoln recounted the following story:

During an interview with David Tod, the war Governor of Ohio [I] remarked: ‘You are perhaps aware, Governor, that my wife is a member of the Todd family of Kentucky, and they all spell their name with two d’s. How is it that you use but one?’ ‘Mr. President, God spells his name with one d, and one is enough for the Governor of Ohio'” (Putnam’s Monthly and the Reader, Vol. v, October 1908-March 1909, p. 524).

But there was a great deal more to Lincoln than his sense of humor. I love him for his wisdom. He was a great teacher!

[About the time of Lincoln’s first inauguration] everyone was asking him, with evident apprehension, if not perturbation: ‘What is to be the issue of this Southern effervescence? Are we really to have civil war?’ and he once responded in substance as follows:

Many years ago, when I was a young lawyer, and Illinois was little settled, except on her southern border, I, with other lawyers, used to ride the circuit, journeying with the judge from county-seat to county-seat in quest of business. Once, after a long spell of pouring rain, which had flooded the whole country, transforming small creeks into rivers, we were often stopped by these swollen streams, which we with difficulty crossed. 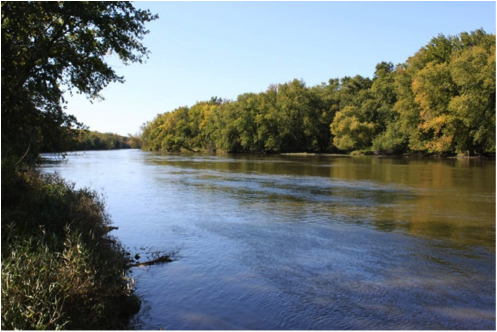 Still ahead of us was Fox River, larger than all the rest; and we could not help saying to each other: “If these streams give us so much trouble, how shall we get over Fox River?” Darkness fell before we had reached that stream, and we all stopped at a log tavern, had our horses put out, and resolved to pass the night. Here we were right glad to fall in with the Methodist Presiding Elder of the circuit, who rode it in all weather, knew all its ways, and could tell us all about Fox River. So we all gathered around him, and asked him if he knew about the crossing of Fox River. “Oh, yes,” he replied, “I know all about Fox River. I have crossed it often, and understand it well; but I have one fixed rule with regard to Fox River: I never cross it till I reach it'” (Our Political Drama: Conventions – Campaigns – Candidates, Chapter 8, by Joseph Bucklin Bishop; Edited by Jim Zwick).

What a marvelous lesson! “I have one fixed rule with regard to Fox River: I never cross it till I reach it.” As I read this story, I thought of the counsel given by the Lord in Matthew: 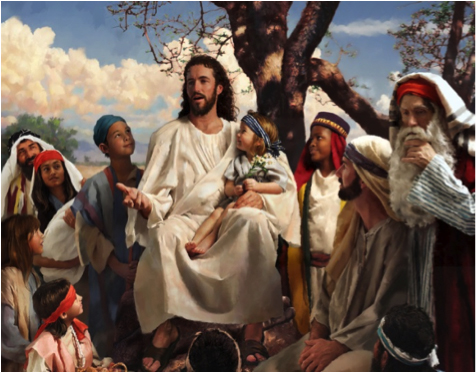 Many times in my life, my concern about what might happen has prevented me from being prepared for or blessed by what does happen. I have been strangled into inactivity by my fear of consequences. A great man I knew defined perfection as “Doing what ought to be done when it ought to be done,” or “Doing the right thing at the right time.” We can get into difficulty trying to do things before we have to do them.

This attitude has actually become a part of my lifestyle, I think. My wife is a varsity class worrier, fretting constantly about what might happen (or what did happen), and is exasperated by my frequent indifference to such concerns. But I prefer not to expend hard-earned calories on things that I cannot alter anyway.

We need to have a reasonable concern for what is coming toward us, but we do not need to remain in a state of catatonia because of our concern about things that have not happened yet and may not ever happen.

Often, as the paralyzing possibilities of the future confront us, we confound ourselves with questions that begin with the phrase: What if . . .?”

A friend confided in me her concern about a proposed marriage. “My parents divorced. My brother has been divorced twice. What if I get married and end up the same way?

I counseled with a young man who was contemplating missionary service for the Church, but who was terrified that his girlfriend would not wait for him for two years. “What if she marries someone else while I am away?”

Another young man agonized over the possibility that the offered scholarship to play basketball at a prestigious university would be withdrawn if he tried to defer his acceptance while he served as a missionary for two years in Tennessee. What if I lose this wonderful opportunity while I serve the Lord? 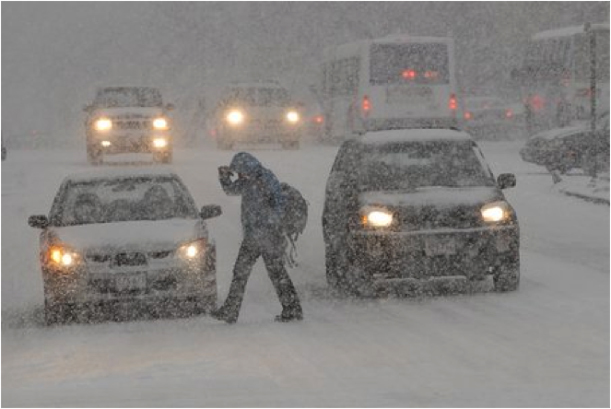 A group of young people delayed departure for a gathering of young adults at a religious meeting because of the weather forecast. “What if the snow comes while we are on the road or at the meeting?” I attended that gathering. In fact I was the speaker. The snows did come and the weather was awful, but the man who conducted the meeting honored the large crowd who attended by saying, “Congratulations to you for not letting the weather control your life.” 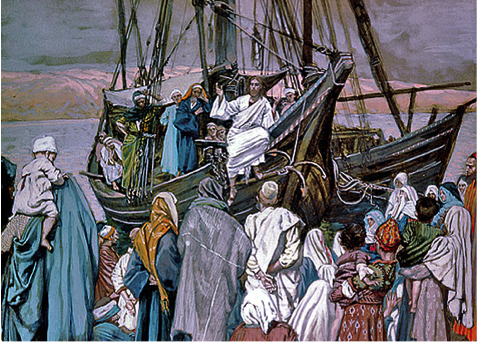 One of my favorite Biblical illustrations of this principle comes from Luke 5.

Jesus was preaching by the Lake of Gennesaret one morning, but the multitude of people who wanted to hear was so anxious to be near him that he left the coastline and entered a nearby boat belonging to Simon Peter and his partners. The fishermen had completed their work for the night without success and were washing their nets. He had the boat moved a short distance from the beach and spoke from there. When he was finished speaking,

“He said unto Simon, Launch out into the deep, and let down your nets for a draught. And Simon answering said unto him, Master, we have toiled all the night, and have taken nothing” (Luke 5:4,5).

Peter or one of his partners might have said-indeed we might have expected one of them to say, “Lord, we are fishermen by profession, and we spent all night on the water. We do not have a single fish to show for our labors. What if we make another trip onto the lake and have similar results?” But Peter and his fellow fishermen knew who was speaking to them, and they understood the principle of the Fox River. Peter mentioned his unproductive night and then said,

“Nevertheless at thy word I will let down the net. And when they had this done, they inclosed a great multitude of fishes: and their net brake” (Luke 5:4-6).

This is the lesson. When we are inclined to deal with an uncertain future by saying “What if . . .” we need to remember that we never need to cross the Fox River until we get to it. When we are counseled to return to the fishing grounds, we need to do so at once and let down the nets again, regardless of what has happened in the past. 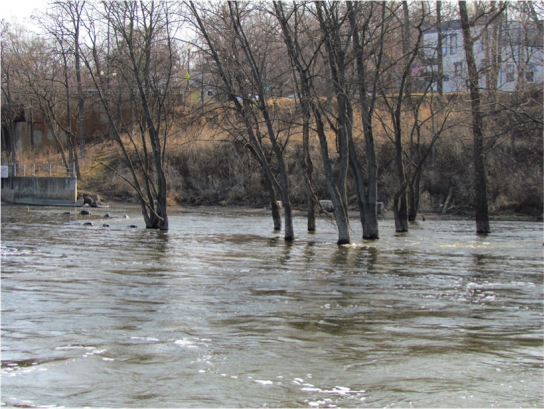