Why Religion Matters: The Salt of Society | Meridian Magazine

Why Religion Matters: The Salt of Society

Editor’s Note: This essay on faith and society is the fourth in a five-part series about the value of religion

“Religion is the great creator of communities.” – Rabbi Jonathan Sacks[1]

In cultures throughout the ancient world, salt was a symbol of friendship, compassion and generosity. The people of Israel revered it as a sign of a covenant. Persians honored it as an emblem of virtue and grace. Arab culture cherished it is a gesture of goodwill. Jesus likened his followers to “the salt of the earth”[2] and told them to “have peace one with another.”[3] Christians understood these words as a call to support the societies in which they lived. We have always been relational creatures, and today this metaphor still has spiritual resonance. Religion, like salt, seasons the interactions between strangers, adds flavor to our civic relations and preserves the dear things of our common existence. To be the salt of society means to savor its success. 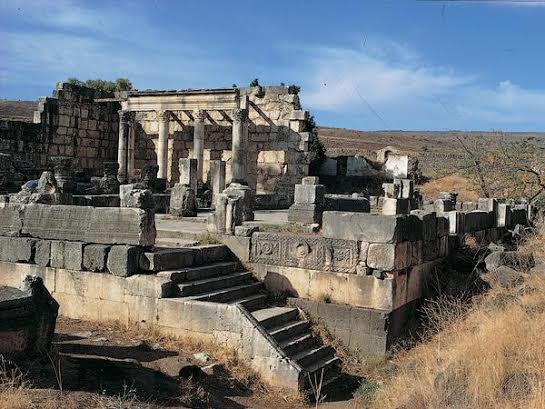 Societies are complex organisms with untold layers, dimensions, facets and sensibilities. Government, commerce, the arts, families and schools all play a part in vitalizing the body politic. And religion can help enliven these associations, instilling them with moral direction, charitable commitment and the force of dignity.

We inherit religion as a reservoir from which all society can draw. The language of law and politics still retains a moral grammar. Our understanding of rights and duties borrows from religious ideals. Our most cherished holidays and collective celebrations carry religious meaning. Behind many of our community pledges stand the devotions of a congregation. Though religion has no monopoly on morality, it does condition our common environment and shape our notions of right and wrong.

Reflecting on what they called “the lessons of history,” scholars Will and Ariel Durant asserted, “There is no significant example in history, before our time, of a society successfully maintaining moral life without the aid of religion.”[4] Indeed, religion’s reservoir of ideas spills over for everyone to drink.

But the taste of that water may not always be sweet. Religion is a source of wisdom that challenges, confronts and contests. Its voices often cut across the fashions of a particular age. Religious values resist the tendency of modern life to indulge mass consumer tastes. Rabbi Jonathan Sacks stated that religions “act as a counter voice to the siren song of a culture that sometimes seems to value self over others, rights over responsibilities, getting more than giving, consumption more than contribution, and success more than service to others.”[5]

The value of religion speaks as loudly through soup kitchens, hospitals, schools and countless other humanitarian works as it does through sermons and hymns. Simply put, religion builds social capital. Research shows that more than 90 percent of those who attend weekly worship services donate to charity, and nearly 70 percent volunteer for charitable causes.[6] Religious involvement encourages giving, and that giving boomerangs back to benefit the giver. Researchers at Yeshiva University examined the religious practices of nearly 100,000 women and found “a strong connection between going to church or synagogue or any other house of worship and a positive outlook on life.”[7] Also, a study of Israeli Jews shows that attending worship services and praying are associated with greater happiness, life satisfaction and well-being.[8]

Religious people contribute much to the vitality and cohesion of society. The landmark study American Grace shows that religious people are “more generous neighbors and more conscientious citizens than their secular counterparts.”[9] This charitable attitude expresses itself in seemingly small actions. For example, those who frequently go to church are more likely to give money to a homeless person, give excess change back to a shop clerk, donate blood, offer a seat to a stranger, help someone find a job and much more.[10]

Going to church and sharing in the lives and interests of others puts us in a civic frame of mind. The same study shows that religious people are also more likely to belong to community organizations, energize community problem solving, take part in local civic and political life, and press for social or political reform.[11] People of faith make their neighborhoods, towns and nations better places.

But being part of a society and enjoying its benefits is a two-way street – as much a duty to others as a right for oneself. This ancient wisdom, found across time and culture, is called the Golden Rule for a reason. “Do unto others as you would have them do to you” is the moral basis of civility. The religious and secular alike can agree that this mutual obligation reveals a truth about the inherent dignity of each person and the moral conscience that guides our choices. As long as human beings continue to organize into societies, work out their differences and rely on each other’s good graces, the salt of religion will play an important role in preserving the common good.