A Town where Half the People have PTSD symptoms « Meridian Magazine

A Town where Half the People have PTSD symptoms

Though just two of Hirono’s 5,418 residents lost their lives in Japan’s mega-earthquake and tsunami, a new study shows that the survivors are struggling to keep their sanity. 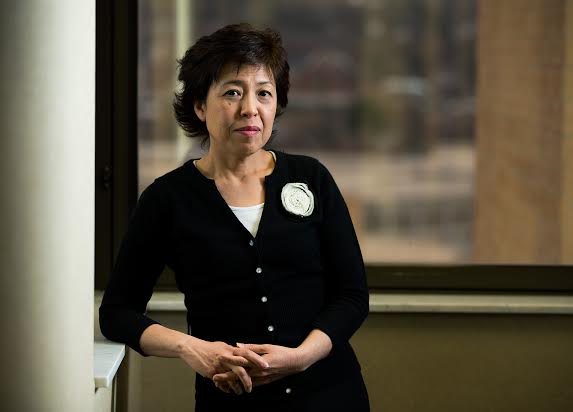 One year after the quake, Brigham Young University professor Niwako Yamawaki and scholars from Saga University evaluated the mental health of 241 Hirono citizens. More than half of the people evaluated experienced “clinically concerning” symptoms of post-traumatic stress disorder. Two-thirds of the sample reported symptoms of depression.

Those rates exceed levels seen in the aftermath of other natural disasters, but what happened in Japan wasn’t just a natural disaster. Leaked radiation from nuclear power plants forced residents of Hirono to relocate to temporary housing far from home.

“This was the world’s fourth-biggest recorded earthquake, and also the tsunami and nuclear plant and losing their homes – boom boom boom boom within such a short time,” said Yamawaki, a psychology professor at BYU. “The prevalence one year after is still much higher than other studies of disasters that we found even though some time had passed.”

Yamawaki got the idea for this study while shoveling mud from a damaged Japanese home one month after the tsunami flooded coastal towns. She had just arrived for a previously scheduled fellowship at Saga University. During her off-time, she traveled to the affected area and volunteered in the clean-up effort. One seemingly stoic homeowner broke down in tears when Yamawaki and her husband thanked her for the chance to help.

“She said This is the first time I have cried since the disaster happened,'” Yamawaki said. “She just said Thank you. Thank you for letting me cry.'”

Back at Saga University, Yamawaki collaborated with Hiroko Kukihara to conduct a study on the mental health and resilience of survivors. Their report appears in the journal Psychiatry and Clinical Neurosciences.

Participants in the study lived in temporary housing provided by the Japanese government when Hirono was evacuated. With an average age of 58, the people are noticeably older than the populations of normal Japanese towns. Yamawaki suspects that young people were more likely to permanently relocate elsewhere in Japan following the disaster.

The researchers didn’t just measure the rates of mental illness; they also performed a statistical analysis to learn what fostered resilience among the survivors. Eating right, exercising regularly and going to work all promoted resilience and served as a buffer against mental illness.

“Having something to do after a disaster really gives a sense of normalcy, even volunteer work,” Yamawaki said.

As the researchers got to know survivors, they heard from so many that they missed seeing their former neighbors. The mass relocation outside the radiation zone broke up many neighborhood ties.

“Japanese are very collectivistic people and their identity is so intertwined with neighbors,” Yamawaki said. “Breaking up the community has so much impact on them.”

While it’s hard to fathom the scope of the devastation in the coastal region of Fukushima, most survivors believe something like this will happen again. If so, this new study provides a blueprint for how to help them put their lives back together again.