Mormonism in the News: Getting it Right, January 2014 | Meridian Magazine

Mormonism in the News: Getting it Right, January 2014 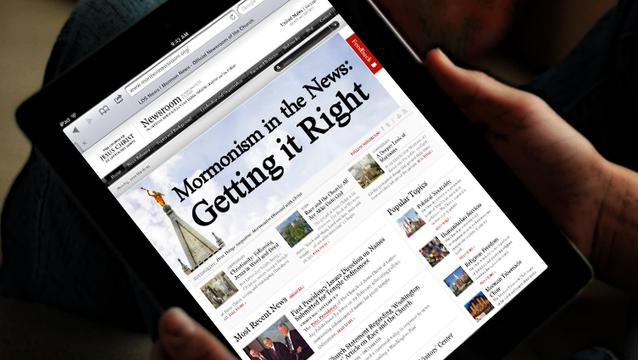 This edition of Getting It Right features a Time.com post that neglects key facts about Mormons’ understanding of the Bible, a rabbi’s lessons learned from touring a Mormon temple, a Los Angeles Times feature on a Mormon pursuing an Olympic dream, and the Church bringing relief to wheelchair users in Trinidad and Tobago.

Time.com quotes two new studies – one from the American Bible Society, the other from BibleGateway.com – that rank Salt Lake City among the least “Bible-minded” cities in the United States. Because Utah and Mormons are synonymous in the minds of many Americans, it’s important to note that the BibleGateway study is based on how many people use its Bible-searching software – a problem because Mormons access the Bible primarily through LDS.org, the Church’s Gospel Library mobile app, or their physical copy of the scriptures.

It’s also imperative to recognize the many ways Latter-day Saints engage with the Bible on a weekly and even daily basis that neither the studies nor the Time.com post points out.

Many more examples could be listed. Suffice it to say that Mormons love, frequently study and are deeply devoted to the Bible.

Rabbi Jeremy Schneider of Temple Kol Ami says his faith teaches that “one who learns from ALL people” is wise. In that spirit, Rabbi Schneider describes what he learned from touring The Church of Jesus Christ of Latter-day Saints’ Gilbert Arizona Temple (the temple open house continues through 15 February).

Rabbi Schneider notes that this “magnificent temple is more than 85,000 square feet and houses exquisite furnishings from all over the world, including Jerusalem stone.” He also says his group was “treated with the utmost respect, and [the Mormons] were proud to show us what they believe to be their holiest place on Earth.”

Schneider says this experience teaches him about “complete faith” – a kind of trust that “gives [Mormons] serenity and an acceptance of adversity, which I admire. As a Jew, I am always ready to argue with God. But maybe there is a time simply to say, I believe in God and I trust in God.'”

He concludes that “we can all learn from our Mormon neighbors and many other worldviews. … Such open-mindedness can only make our religion and our faith stronger.”

Columnist Bill Plaschke writes about Olympic hopeful Kate Hansen, who will contend for a luge medal in Sochi. While Plaschke’s piece doesn’t focus on Latter-day Saint beliefs, it tells a compelling story of an everyday Mormon’s upbringing (including her family’s focus on religious studies) and pursuit of an Olympic dream.

Reporter Josh Suartes writes about a group of volunteers from across Trinidad and Tobago who received a three-day training from Mormon volunteers last week on how to properly measure and fit a wheelchair (according to World Health Organization standards) for those who need one.

The Church’s wheelchair initiative (one of LDS Charities’ seven key focus areas) strives to improve mobility, health and educational and economic opportunities for people with physical disabilities. In cooperation with local organizations, LDS Charities works to improve the services provided to the physically disabled and distribute manual wheelchairs or walking aids appropriate to individual needs and circumstances.

Read the entire article from the Trinidad and Tobago Guardian.